The Lope: Miniature Golf of the Damned

Miniature Golf of the Damned

In this sequel to Putting Greens of the Damned, we take a look at horror-oriented obstacles at two miniature golf courses in Colorado. Adventure Golf and Raceway in Westminster (just NW of Denver) uses the mummy and pyramids above as the finish to two of its courses, including the Adventure Cove course, which also has this anthropomorphic haunted house, below. 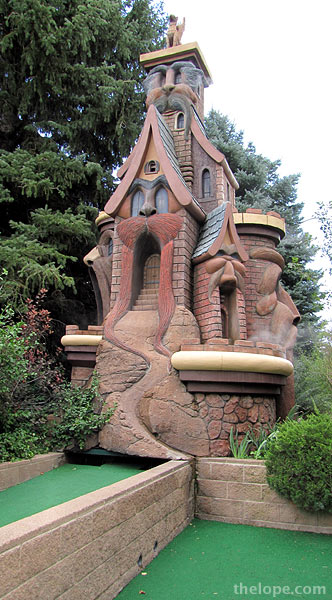 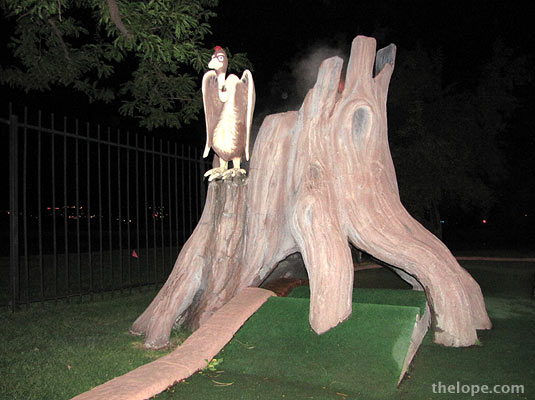 Notice how they bothered to make a realistic roots instead of taking the cheap way out, which would have been the more common mass-produced fiberglass trunk with a tunnel through it. 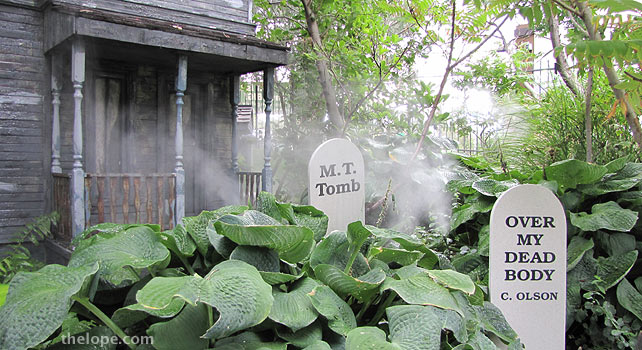 The cemetery at a second haunted house scene relies on cliché, but foggers that seem to operate during all working hours make up for it. Here are two videos: 1, 2. 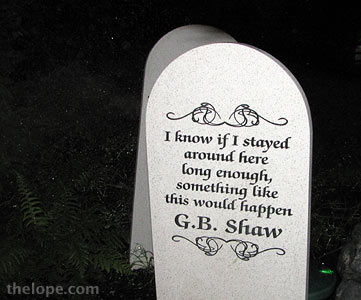 I've seen the quote "I knew if I stayed around here long enough, something like
this would happen." attributed both to George Bernard Shaw as in this tombstone, and to Noel Coward. (1, 2) 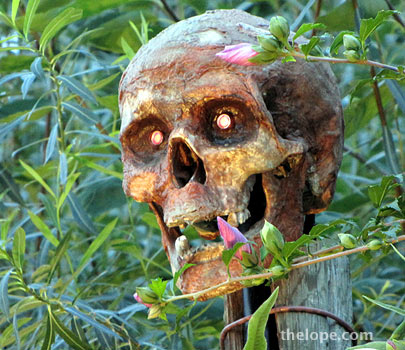 Elsewhere, in the Lost Continent course, automated skulls comment on player's putts. They're impressive automations and have the whimsical touch of talking like Laural and Hardy before breaking into a chorus of Que Sera, Sera (Whatever Will Be, Will Be). 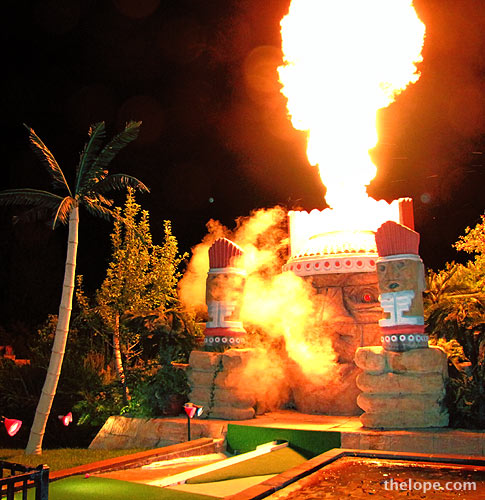 The 18th hole of the Lost Continent course is this huge talking Olmec-ish head that sometimes shoots a burst of flame when players get a hole in one. (another picture) 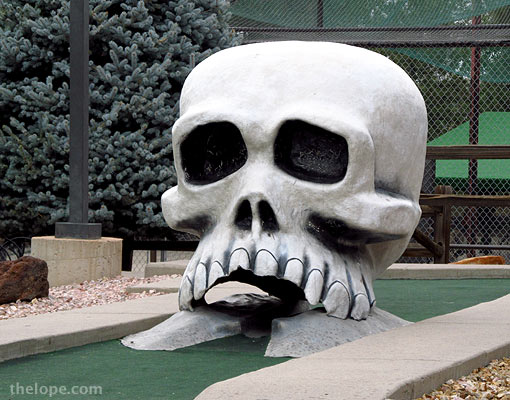 Another course I'd recommend is Adventure Miniature Golf in Colorado Springs, which sports this fine play-through skull, and the vulture below. Though similar in name it is unrelated to Adventure Golf in Westminster. 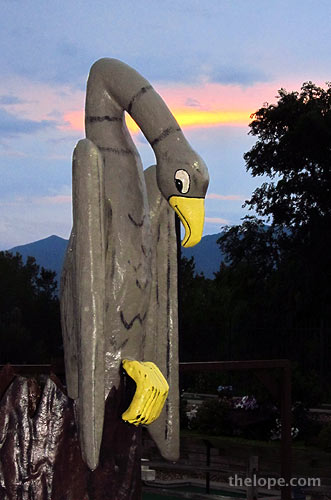 In the 1980s, many miniature golf courses that had these sorts of obstacles removed them in favor of a more "serious" atmosphere of generic landscaping. Now That's really scary.

Adventure Golf and Raceway in Westminister is definitely worth spending a day or two golfing and exploring. It is cunningly laid out and full of surprises. The landscaping is lush and fabulous, and the three courses are challenging enough to be really fun for all ages. The video makes me want to go back!