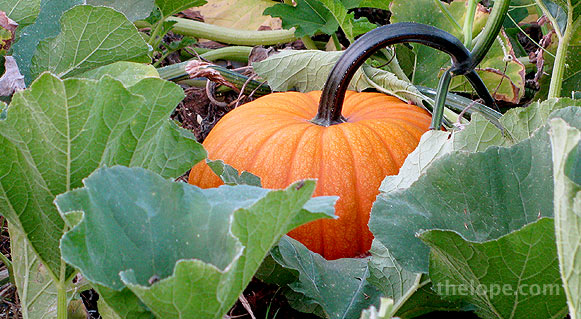 See Patsy's pumpkin patch? My friend had such a beautiful crop that year - so many healthy, orange future Jack-O-Lanterns. (another photo)

Uh-Oh. Something decimated the orange beauties. (another shot) 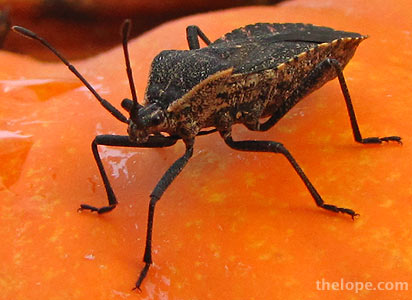 Behold, the enemy: the squash bug.

It wouldn't be so bad if there were just one, but... 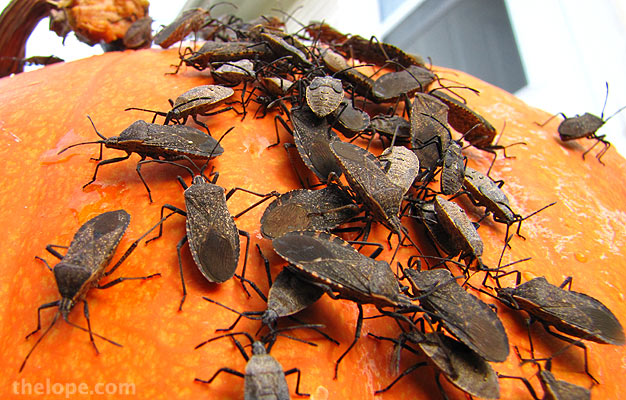 That's not the case. There was a legion of these things. 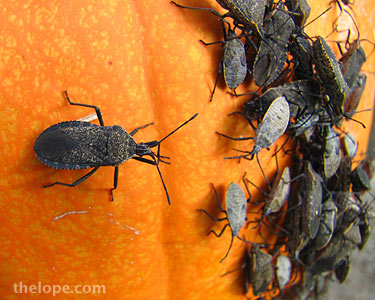 This odd assembly made it look as if they had a leader.

Had enough of squash bugs? So had Patsy and I. I picked up the "leader" and went after the rest with a Bug Vacuum:


But I'm not inhospitable. I gave the leader of the squash bugs fine quarters in line with his status as a prisoner of war. I even gave him a room mate: 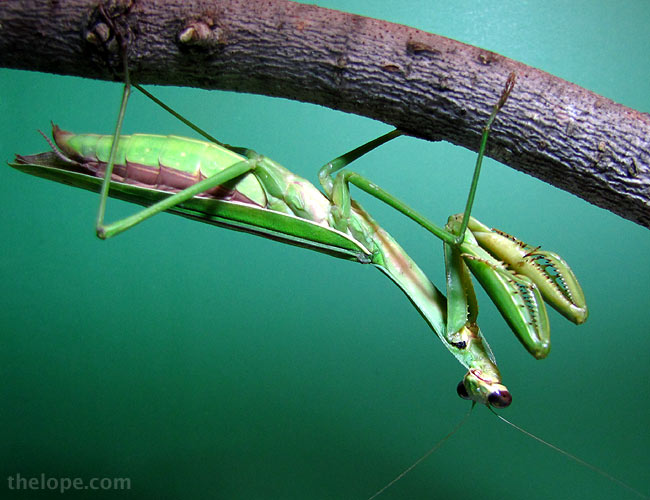 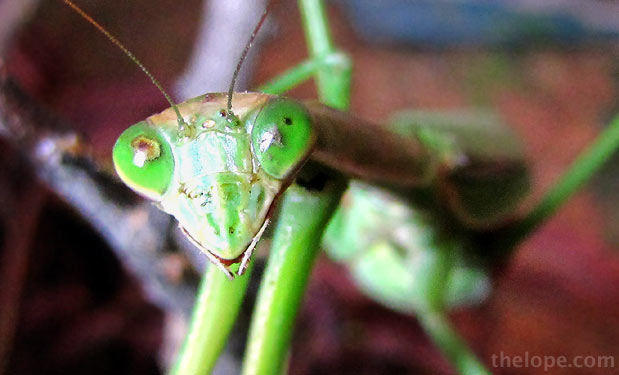 Her Majesty was found by Sharon Scott, landscaper, in a bush that a downtown client wanted removed. She said the mantis, made homeless and living on a sidewalk landscape lacking in flora and fauna, would walk toward her, brandishing its claws as if to say, "C'mon; I'll take you on. I'll take on all of ya!" I would have said she took pity on the homeless mantis by keeping it well fed in a terrarium in her home, but she says she was Renfield to the mantis' Dracula: she provided "lives for the Mistress." 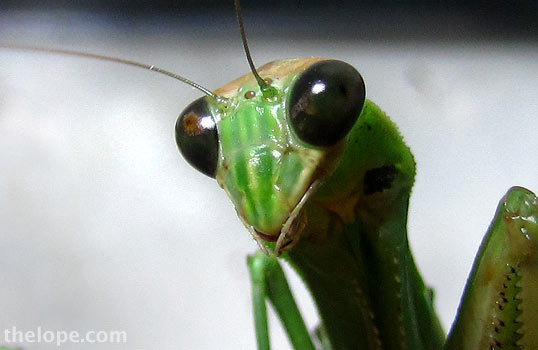 Isn't she beautiful? Her eyes are pools of instinct, bereft of mercy. They also change color depending on the degree of light and the angle. They're eyes that say "I would eat you, were you small enough."

Check out the leaf-like texture of her fine camouflage. 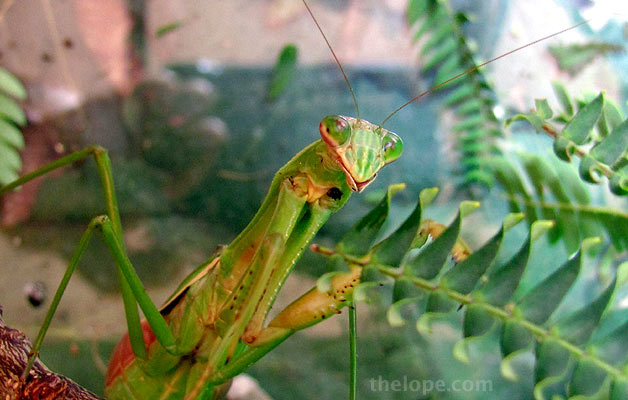 The presence of the Chinese mantis in the United States results from one of those brilliant ideas someone had to import a foreign species as pest control. This happened in about 1895 and the species has colonized large parts of the U.S. since then.

When Her Majesty finally shuffled off this mortal coil Sharon buried her in her garden.

For really horrifying (I'm not kidding) pictures of another mantis at work, see these photos of one eating a living cicada (Tibicen dealbatus) at Sand Hills State Park in Kansas: 1, 2, 3, 4. There's also a series of sequential videos, not for the squemish, especially if you love cicadas: 1, 2.

posted by Ace Jackalope at 3:05 AM