The Lope: Phantom of the Stiefel

Phantom of the Stiefel 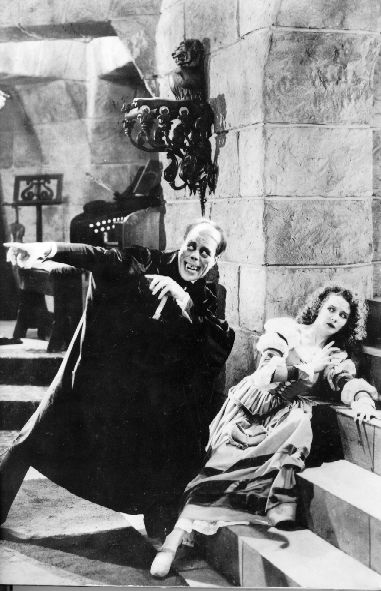 The Stiefel Theatre in Salina, Kansas, will be showing the 1925 silent horror classic, The Phantom of the Opera, on October 6. And they're doing so with live organ accompaniment (as opposed to dead organ accompaniment - it is Halloween season, you know). I believe there will be percussion, too. Tickets will be sold at the door for a mere five bucks. Their website for films is here.

This is not to be confused with the Andrew Lloyd Webber production, I mean the real Phantom of the Opera: Lon Chaney.

The doors open at 6:30 pm. The movie, with a brief introduction and a Laurel and Hardy short, starts at 7:00pm.

I'm going. Though muddled by multiple re-shoots and re-edits, plus a change of directors and some archival preservation issues, the film is a dark and moody classic that has received some good restoration work in recent years. It's also the economic engine that boosted Universal Studios' decision to produce Dracula in 1931, thus setting off Frankenstein, The Mummy, The Wolf Man and the host of sequels that kept baby boomers up late for weekend TV creature features. 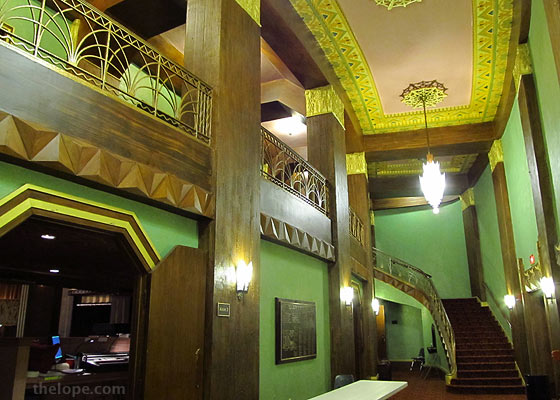 Speaking of 1931, that's the year the Stiefel opened. If you go to see Phantom Thursday night, look around the theatre and remember that when the film opened, this Art Deco palace was a thing of the future.

This was a blast. 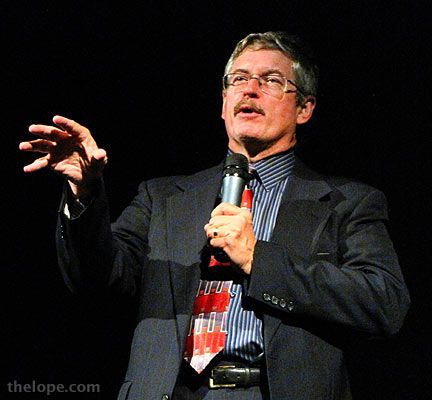 Bill Shaffer of the Kansas Silent Film Festival and KTWU public television introduced the movie. The music blended well with the action. The Salina showing was part of a sort of tour with Phantom showings in Augusta and Junction City the following weekend.

This was a restored version with a two-color masked ball scene and a hand-colored cape scene. As the phantom muses while perched on a statue on the roof of the Opera, his red cape billows in the wind. I've often wondered if this wasn't the prototype for later artwork of Batman, Superman, Zorro, etc. perched on high with their capes emphasizing their dramatic poses.

photos:
Stiefel interior, a bit before the show
ticket booth detail
The Stiefel Theatre with Phantom of the Opera on the marquis
Organist Marvin Faulwell plays while percussionist Bob Keckeisen is just barely visible.

I was inspired to see The Lost World (1925) in Miami, Oklahoma, a week later with a different organist. Forget 3-D; silent is where it's at. Now, give me some German Expressionism, please.

The Stiefel has a number of concerts upcoming, see their website, here.

posted by Ace Jackalope at 2:58 PM