The Lope: "You've got Cupid where Blitzen should be..."

"You've got Cupid where Blitzen should be..." 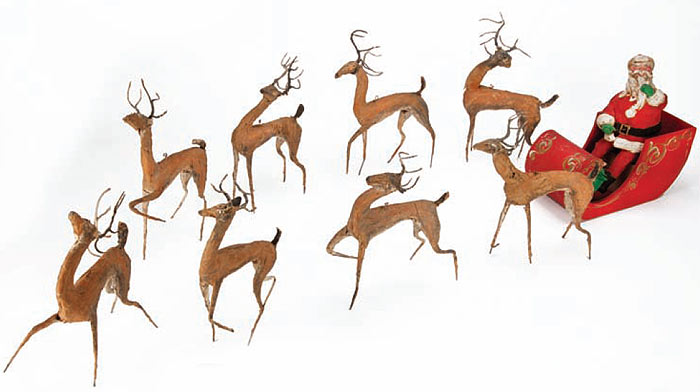 A piece of our collective Yuletide consciousness was auctioned Friday. Profiles in History, sold the Santa, sleigh and reindeer set seen in the beginning of 1947's Miracle on 34th Street. 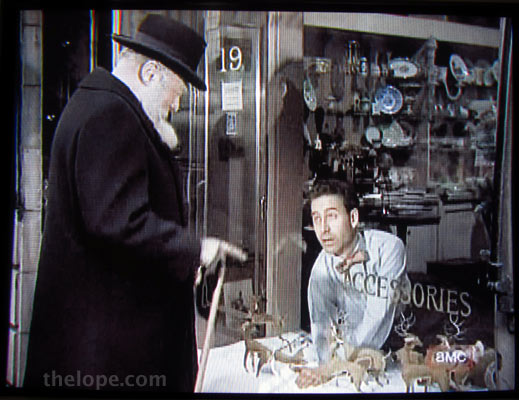 It's the set that Edmund Gwen as Kris Kringle notices has the reindeer in the wrong order. He tells the shopkeeper this, who thinks he's crazy...but we knew better from the beginning, didn't we? 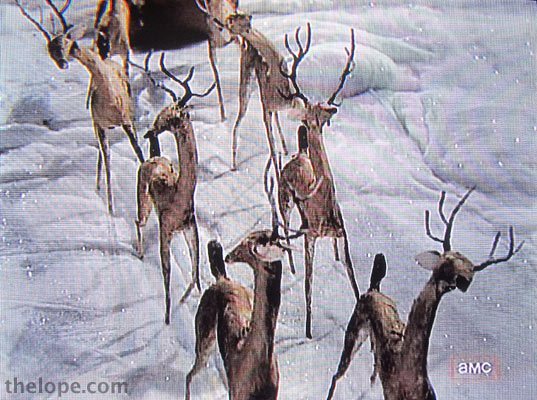 The next time I hear a certain song by the Barenaked Ladies, I'll sing along with "If I had a million dollars, I'd buy you some reindeer."

Ahh, the late 1940's was good for Santa's fleet. The eight core reindeer were pictured in that classic 1947 movie. Then Rudolph the Red-Nosed Reindeer, although around since the 1939 book, was popularized in the 1948 song. For more reindeer trivia see this neat Snopes.com article on two of the reindeer's original 1823 names: "Dunder and Blixem." Really, it's true

When I was a kid I called them Agnew and Nixon. I guess you had to be there.

Also in the late 1940's, reindeer enjoyed a nice, artillery-free flight window between the end of WWII in 1945 and the beginning of the cold war in 1947. Santa must have developed some pretty good stealth technology since then, though, strangely, many local TV stations can radar the jolly incoming elf.

(Photo info: Top photo is a publicity shot by Profiles in History. The screen shots are by me, from an AMC airing of colorized version, which is copyright 20th Century Fox - no infringement intended. AMC is showing the B/W and colorized versions of the movie several more times before Christmas. I still get misty when Santa sings with the Dutch girl.)

posted by Ace Jackalope at 7:09 AM