The Lope: Imagine the Beat

Today is John Lennon's 70th birthday; too bad he isn't here to see it. I remember learning of Lennon's death while in my college newspaper office. Our editor rushed in and said "They killed John Lennon" as if there had been a conspiracy.

He wasn't alone in the sentiment. Before the details emerged of his death via a gun in the hand of mentally ill man who acted alone, some of my older friends who remembered Nixon's 1973 attempt to deport Lennon thought the government was just taking care of old business. 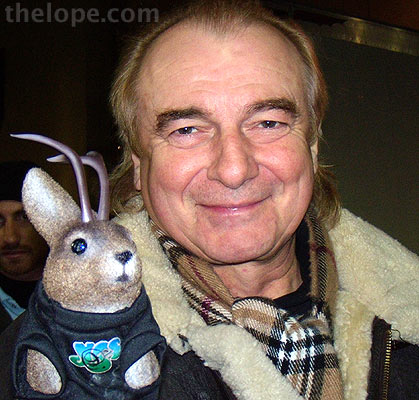 On a few occasions I've been fortunate to meet someone who worked with Lennon. Alan White, drummer for Yes, played drums on seven tracks of Lennon's second solo album, Imagine, including the iconic title track. He also played Tibetan cymbals and vibraphone on a couple tracks. (photo from 2008)