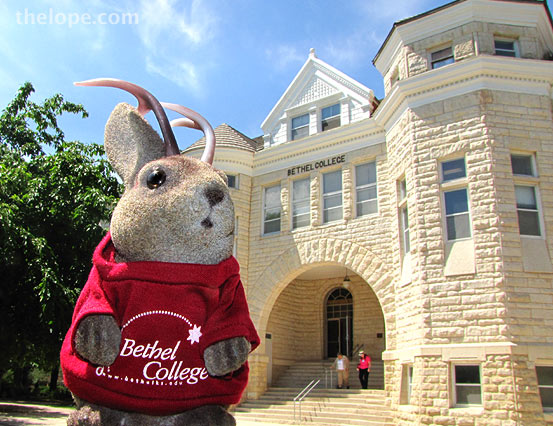 Ace will be hanging out at the art booth of Patsy Terrell Saturday at the Bethel Fall Festival's "Festival on the Green" on the Bethel Campus in Newton, Kansas.

The autumnal equinox may signal the official start of Fall, but I can't usually get into the mood of the season, a prerequisite to Halloween, without attending some sort of Fall festival. 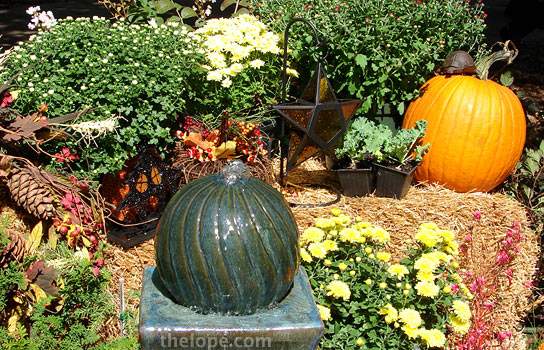 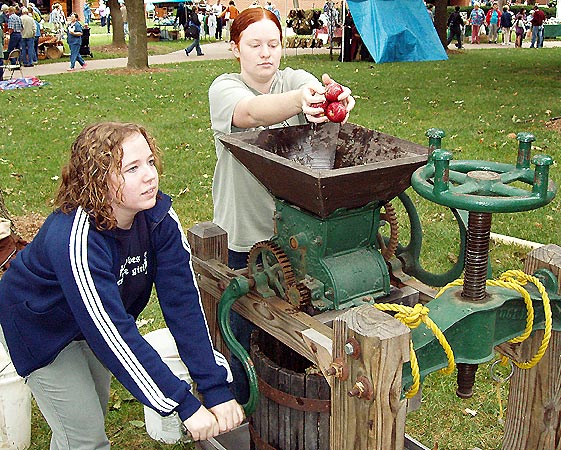 There'll be food and drink, as shown in this apple cider booth in 2006, as well as arts, crafts and information on social causes. When I tell folks about this event, they often assume it's somewhat stuffy. Not so. 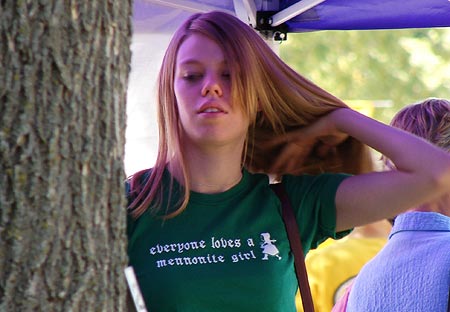 Over the years I've seen some cool t-shirts and buttons here. 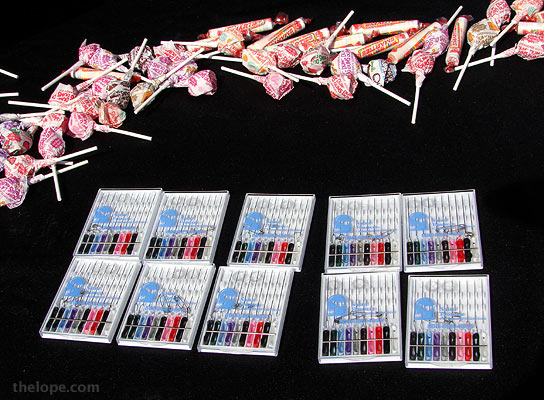 Freebies may be available, like these sewing kits and lollipops from a couple years ago. 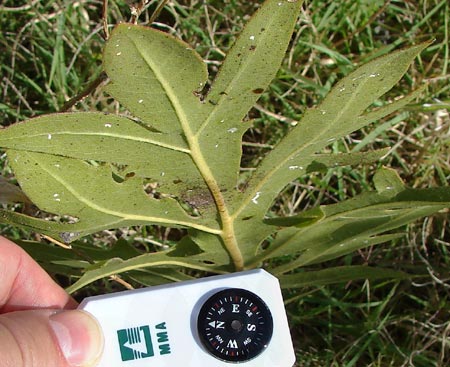 In fact, one of the coolest freebies I ever found anywhere was here. This key chain compass was given away at the Mennonite Mutual Aid booth and proved handy for showing that the compass plants in the prairie restoration area of the Kaufman Museum across the street really did have leaves that oriented north to south. 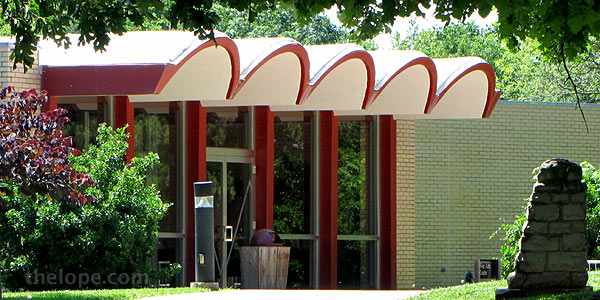 While on campus, I always enjoy the mix of architecture, including some mid-century buildings like the Fine Arts Center. 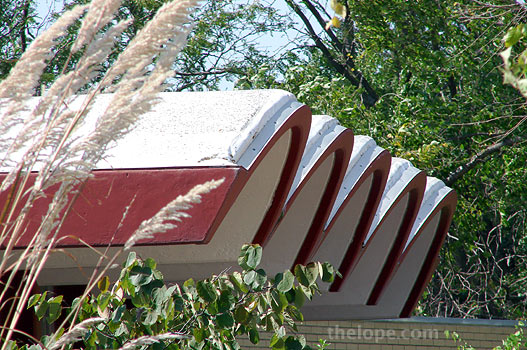 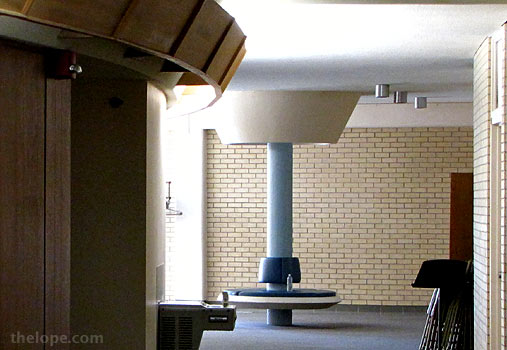 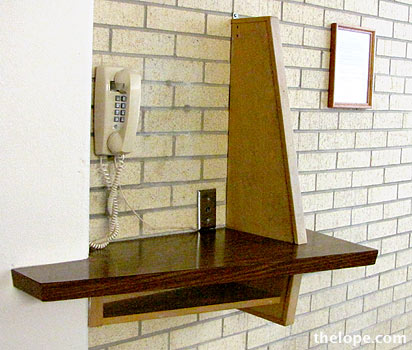 Check out this phone kiosk in the Fine Arts Center. The actual phone kinda messes with the feel of it. 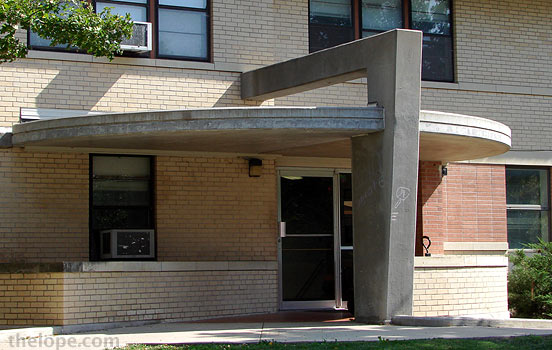 Haury Hall has this googie, though slightly brutal-looking entrance in a building that also features Art Deco. 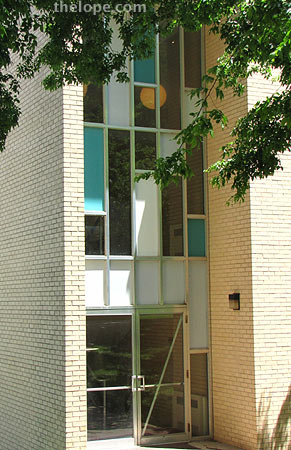 I've seen these colored windows in many a mid-century building, though usually in motels and restaurants. 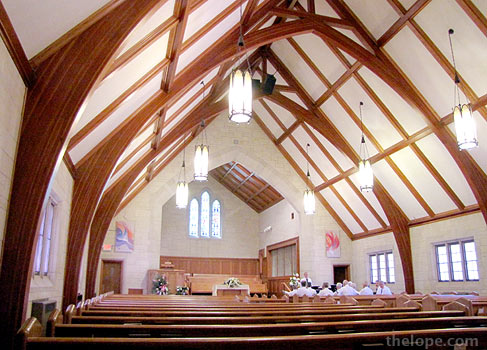 Here's the interior of the Bethel College Mennonite Church. 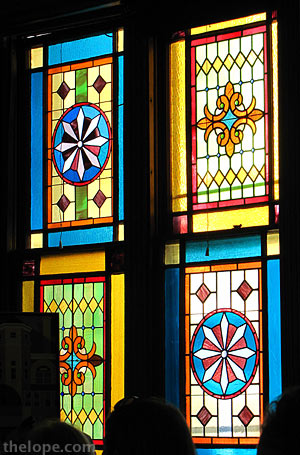 And there's a chapel in the administration building. 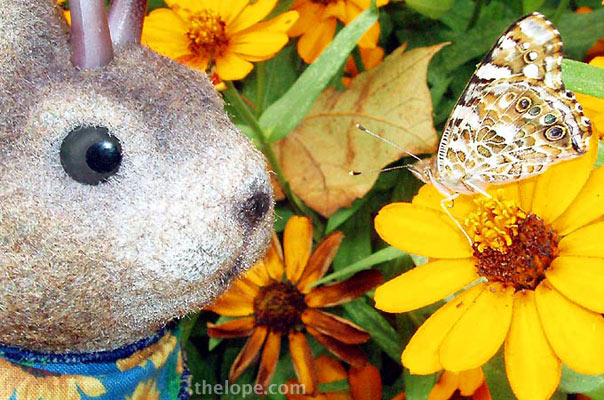 The campus is landscaped well and I usually have no problem finding photo-ops.