Every year at about this time, I seem to like to attend some sort of function which is virtually steeped in Fall - the decor, the clothing, the crisp air - all of the sensory dressing of Autumn. This past weekend, it was the annual Bethel College Fall Festival in Newton, Kansas. I had also attended the event last year; it coincides with their football homecoming and features entertainment, food, art displays and the usual festival stuff. This particular little tableau is part of a display by Harvest Greenhouse of Newton.

The Kauffman Museum is affiliated with Bethel College and features a tallgrass prairie reconstruction outside. It's essentially the lawn from hell to any suburban code enforcement officer, but unlike a Hank Hill cropped green lawn, it's real and I love it. This is Heath Aster, a popular plant utilized by many butterflies. This particular customer is a Dainty Sulphur; it is helping to pollinate the Heath Aster. I found both spellings - "sulfur and "sulphur" - in many online insect guides published by governments and universities. Apparently this is related to a difference in US and international spellings of the word, usually relating to the element.

The Male members of the Dainty Sulphur's close relative, the Orange Sulphur, contain pigments which are only visible under ultraviolet light, which other sulphurs can see. I suppose this helps avoid post-mating awkwardness. 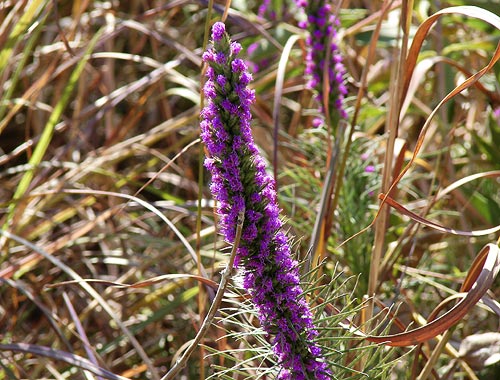 These purple flowers belong to the Gay Feather. 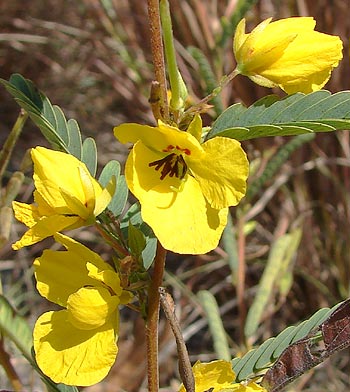 This is a Compass Plant. The name comes from the tendency of most of the plant's leaves to orient themselves on a north-south axis. This allows maximum solar energy absorption while sheltering the leaves from the hot sun of mid-day, a time during which the plants photosynthesis process would be shut down anyway. The compass key chain was a freebie from the Mennonite Mutual Aid booth over at the Fall festival across the street...serendipitous, huh? 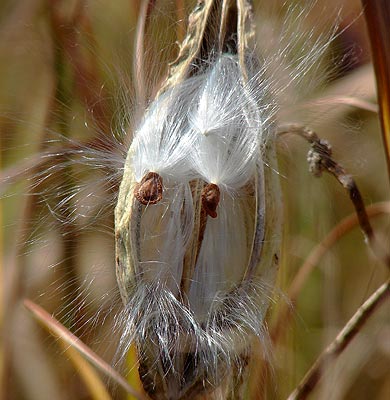 These familiar airborne seeds come from the pod of Sullivan's Milkweed. Monarch butterfly caterpillars feed on milkweed and absorb toxins present in the plant. This makes the larva and resulting adult butterflies toxic to most predators. 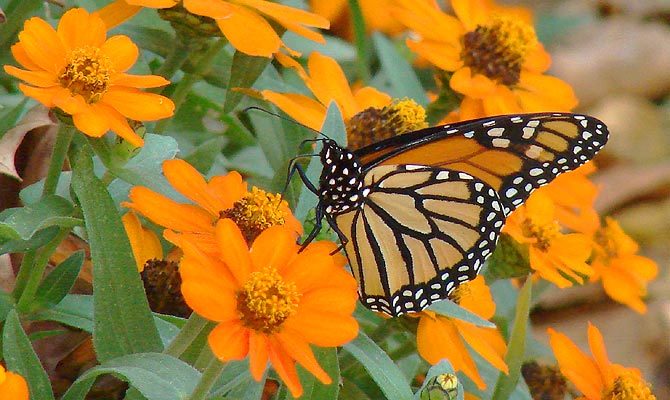 Back over at Bethel's main campus, I saw a couple migrating Monarchs in a garden outside the student union building, just where I'd seem some last year. 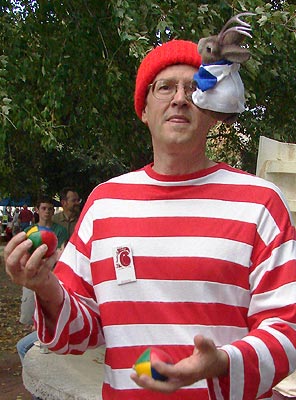 Juggler Greg Schmittgens was part of the entertainment. Ace teamed with him briefly. It was long enough to conclude that going on the road as a juggler's partner is not an idea worthy of further research. 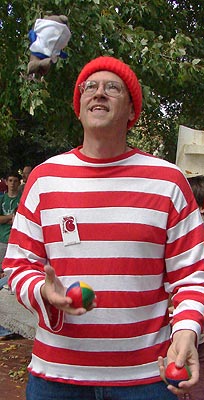 At first, I thought the guy on the right was supposed to be Abraham Lincoln. Nope. These are two members of the Free Staters, Tom James (left) and Jonathon Goering. The group specializes in the music of the 1850's. Ace enjoyed meeting Gina Neill, a Bethel grad who collects "My Little Pony" toys. She told us that sometimes people customize the plastic ponies...how silly is that? Having remembered the political mood of the campus from last year's visit, Ace dressed appropriately. Mennonites are traditionally pacifists and some of the students on this campus are refreshingly politically active. Booths promoting awareness of various causes dotted the green, and we drank some Fair Trade coffee...kind of surprising for a red state.

These aren't your parents' Mennonites; "Everyone Loves a Mennonite Girl" was a popular t-shirt. 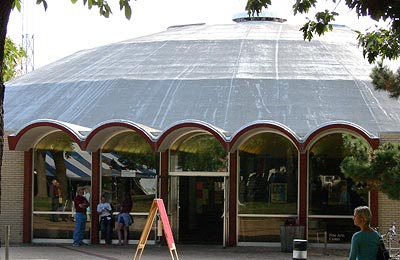 She calls these "caterpillar bracelets." 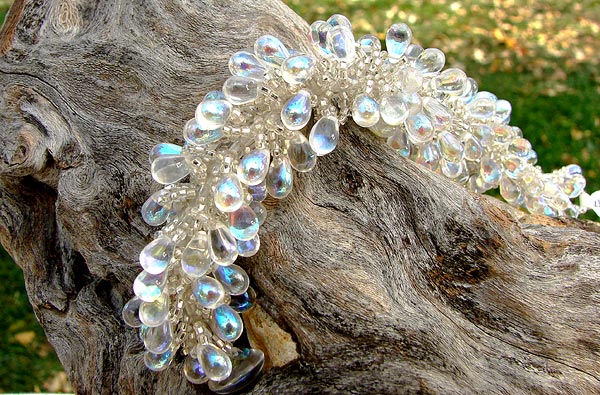 I can see why. 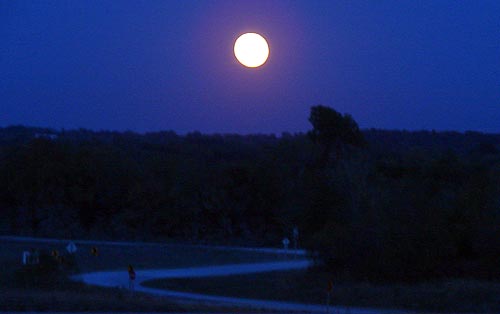 After the festival, We hit the road. 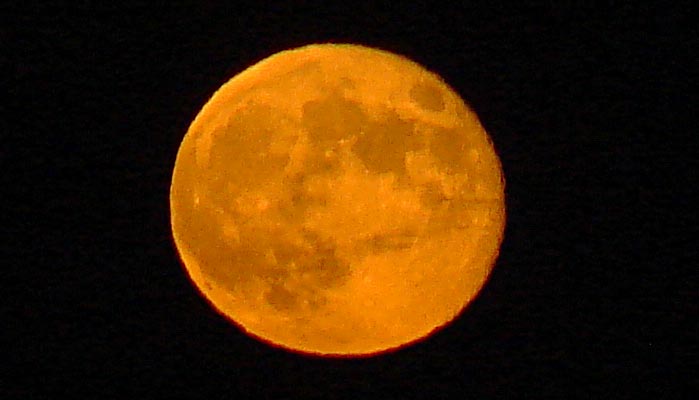 The October moon was a nice treat along the way.

posted by Ace Jackalope at 6:43 PM