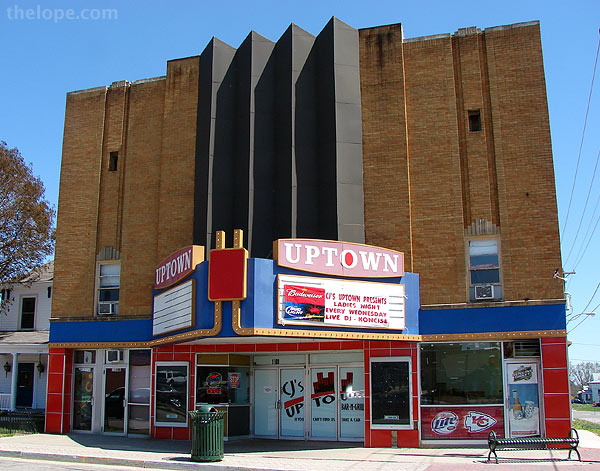 Along Route 66 through Rolla, Missouri, The Uptown theatre building is a reminder of of the days before the multiplex - but maybe not for very much longer.

The deal is, the Uptown and a late Victorian building next door have been bought by the University of Missouri Science and Technology Alumni Association, which plans to demolish both and build a new alumni center.

A petition drive has sprung up against this threat. I found out about it when a reader commented on this post about Rolla that I published in 2007; the photos here date from that time. Here's the petition. 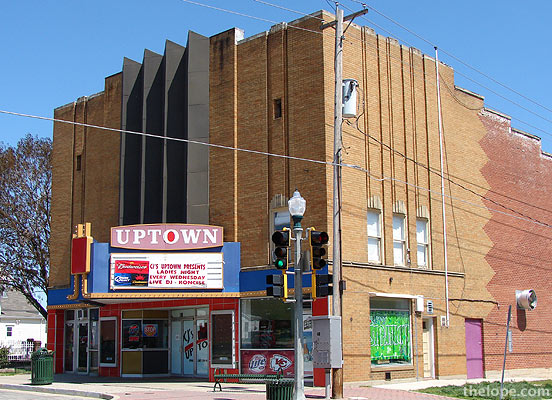 According to Cinema Treasures, The Uptown opened in 1941. It ceased as a theater in 1998 and at the time of my 2007 visit was a night club that has since closed. The building is at 1100 North Pine Street in Rolla, on an old alignment of Route 66 that passed through downtown. 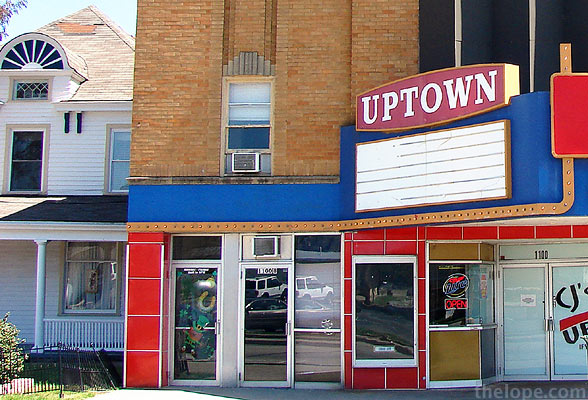 Also endangered by this plan is a late Victorian house next door at 1102 North Pine, The house is currently used by Smith & Turley Law Offices. 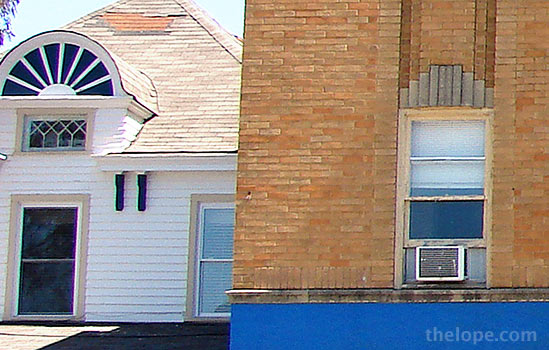 I wasn't intending to photograph the old house, but some of it can be seen at the left side of this picture. Just look at that attic window.

By the time you've decided to raze an old theatre and a Victorian house, I suppose you've already gotten past the hurdle of "it's an old cool building and had a part in the history of this town", so here are some economics to think about. 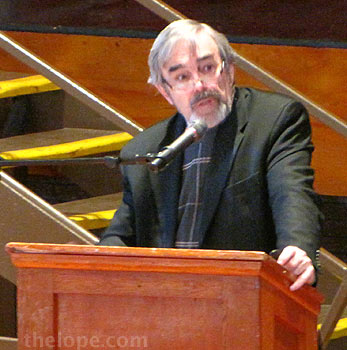 Fortunately, a recent seminar at Memorial Hall in Hutchinson, Kansas, furnished some data for me to offer here. A speech was given by Donovan D. Rypkema, principal of PlaceEconomics, a Washington, D.C. - based firm which consults on matters of economic development, downtown and neighborhood commercial district revitalization and the reuse of historic structures. 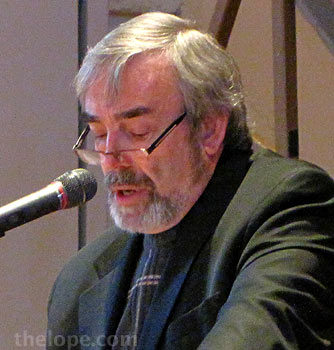 In terms of the "green" benefits, Rypkema said that adaptive reuse of a building consumes fewer materials that building new and furnishes economic benefit to an area in the form of hired labor. "Labor is a renewable resource consuming little in fossil fuel. Materials are often from non-renewable resources, and are nearly always significantly fossil fuel consumptive."

The disposal of all that debris from the demolition also makes an impact.

Rypkema cited the example of a typical North American commercial building, 25 feet wide and 120 feet deep. That seems a little smaller than the Uptown, which makes the following figures a minimum. Said Rypkema, "Let’s say that today we tear down one small building like this...we have now wiped out the entire environmental benefit from the last 1,344,000 aluminum cans that were recycled. We’ve not only wasted an historic building, we’ve wasted those diligent recycling efforts..."

"Razing historic buildings results in a triple hit on scarce resources. First, we throwing away thousands of dollars of embodied energy. Second, we are replacing it with materials vastly more consumptive of energy. What are most historic structures...built from? Brick, plaster, concrete and timber, among the least energy consumptive of materials. What are major components of new buildings? Plastic, steel, vinyl and aluminum, among the most energy consumptive of materials. Third, recurring embodied energy savings increase dramatically as a building life stretches over fifty years. You’re a fool or a fraud if you claim to be an environmentally conscious builder and yet are throwing away historic buildings, and their components."

Apparently I can't resist mentioning the cultural benefit. Rypkema cited sociologist Robert Bellah, who wrote "Communities...have a history – in an important sense they are constituted by their past – and for this reason we can speak of a real community as a 'community of memory', one that does not forget its past."

"Historic buildings are the physical manifestation of memory." Rypkema added.

I can't think of a better thought on which to conclude.

Now if we just had the Wolcott Building and the Bisonte back!