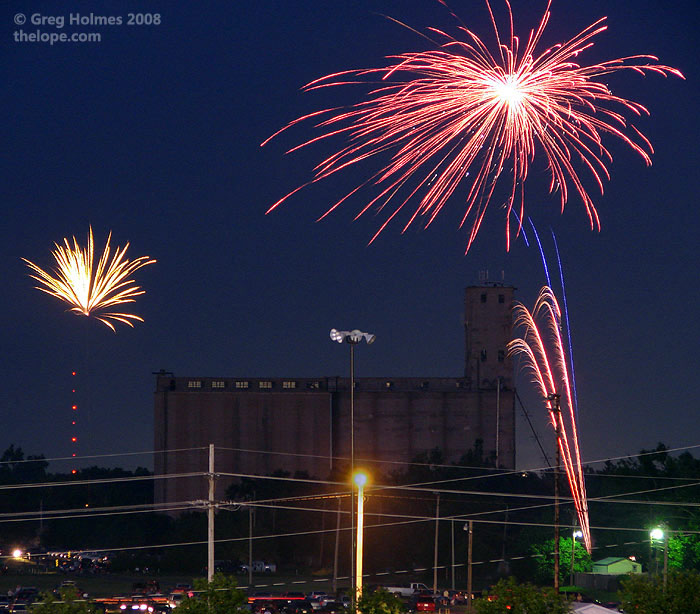 Happy 4th of July! Nothing beats celebrating American independence by supporting the Chinese economy, so we're heading out tonight to see the Hutchfest fireworks in Hutchinson, Kansas. Here are a few of last year's aerial bursts. 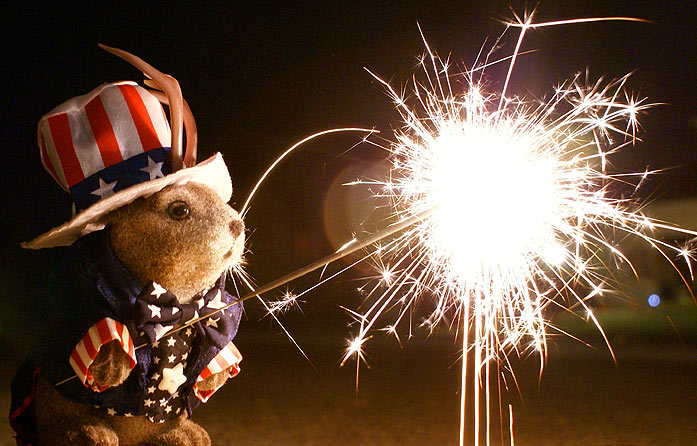 Like any good American, Ace Jackalope also likes to set fire to fuse. See the proof in Ah, That Smell and Blowin' Up Stuff, which also features the huge Centerville, Ohio, 4th of July parade. 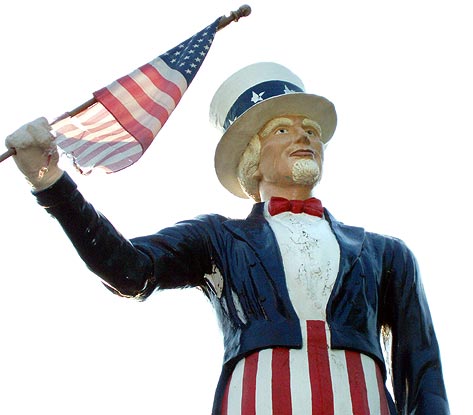 Of course, the great American roadside is not untouched by the spirit of independence, as shown by this fiberglass Uncle Sam in Terra Haute, Indiana. 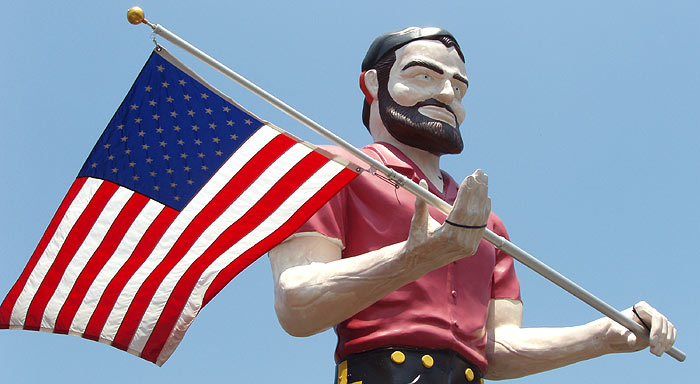 There, you'll also see one of the roadside gods showing his support for the good ole' U S of A. 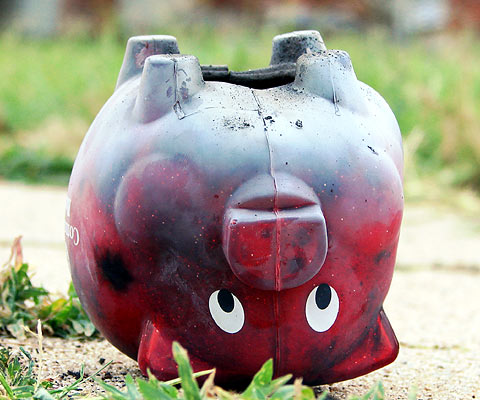 Last year we showed that while we are generally friendly toward all creatures great and small, plastic piggies receive no quarter. If you have some time to waste, or just like to see cheap things blown up, see Peril of the Pyrotechnic Pig and Bride of Pyrotechnic Pig. Because we're slightly addled by the fireworks around us, we plan to continue this year with "Son of Pyrotechnic Pig."


Later this weekend, we'll have some photos of Astronaut Joe Engle's visit to Hutchinson as the Grand Marshall of the 2009 Patriots Parade.

posted by Ace Jackalope at 5:13 PM