Welcome to summer; try not to shiver too much on this unseasonable cold night in Kansas.

It wasn't Midsummer Day; it was May of 1993 when I last saw Stonehenge. Had it been taken at mid-summer sunrise, this photo would show the sun rising over the Heelstone (the lone one in the distance) framed just like this. And though the site is famed for its solstice alignments, I wouldn't want to be there amidst crowds of modern day pseudo-druids. I picture it as somewhat like a Black Friday sale crowd in robes.

The guards entertained us with accounts of other guests. One had brought an ironing board, his clothes and an iron. He believed he could plug the iron into the mystic energy and leave with crisply pressed shirts. Another had bent a coat-hanger into the shape on an ankh (Egyptian cross) in an attempt to levitate after seeing this done in a commercial for Time-Life books. 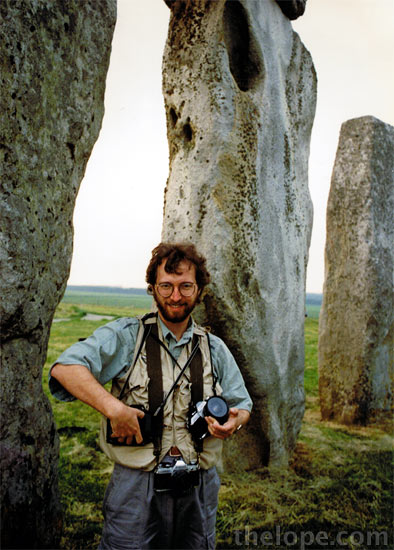 All I wanted were pictures and I got them. I was a happy camper, but I'd never carry around that much equipment these days on a vacation: three camera bodies (for different films), seven lenses and three tripods - most of my luggage was camera stuff. (above two photos by Patsy Terrell) 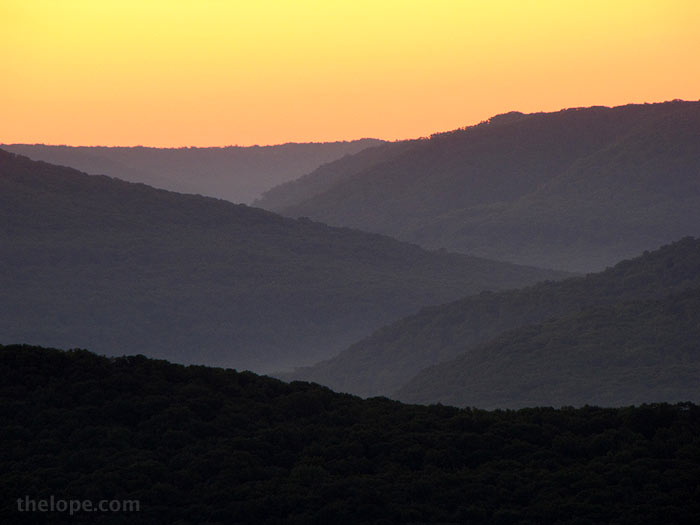 You know what I've realized over the years? Every sunrise is special, no matter where or when it is seen. If you want to veer away from being too sentimental about it, just think for a moment about how it'd be if we'd evolved to breath a chemical mixture that is opaque. No transparent atmosphere means no visible sunrise. This one is pre-dawn, actually, over the Boston Mountains of Arkansas earlier this month, seen from the Sky-Vu Lodge in Winslow.

The tops of those ridges are made of Pennsylvanian sandstone and shale. The valleys cut into Mississippian limestones. You can see fossils from this period, 354 to 290 million years ago, in one of our earlier posts, Winter Frog. 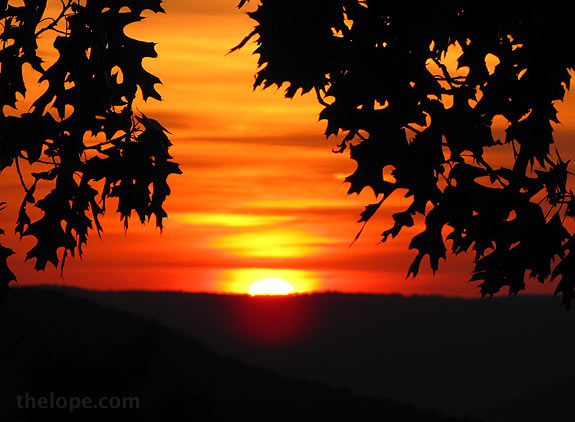 And just because you've been very good, here's a bonus sunrise, shot two days after the one above, in the same location.

A reporter recently asked me how I came to be in so many marvelous places. I was in the Boston Mountains because friends Carl and Kris from Kansas City include me on what has come to be called the Food Coma Caravan, a whirlwind weekend conquest of independently-owned restaurants and off-beat sites, usually with interesting lodging as a base. We even saw a black bear one night.

Access to Stonehenge? A teacher friend of mine signed off on a permit application to shoot photos for educational purposes. I was in England with two friends after we'd all got airline tickets during a fare war. My mom was supposed to go, but couldn't in the end.

What's the common factor here? Friends - they're neater than sunrises (although that bear was pretty cool).