The Lope: Looking Back on Election Day

Looking Back on Election Day On Inauguration Day (not sure it's a holiday, but am capitalizing it anyway) I thought I'd look back on Election Day here in Hutchinson, Reno County, Kansas. 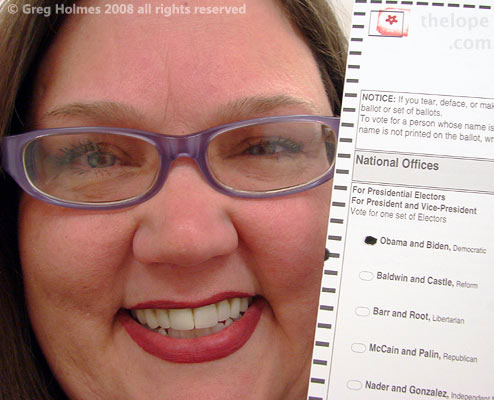 Local Democrat Patsy Terrell had me photograph her for her blog.

And here's the loudest sound of 2008 - the sound of democracy. 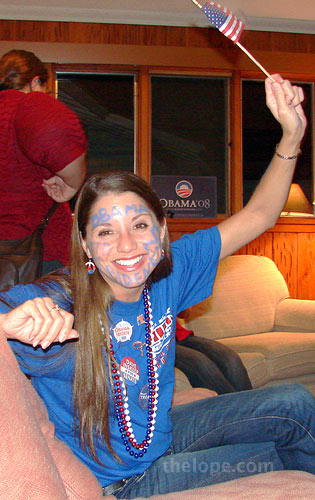 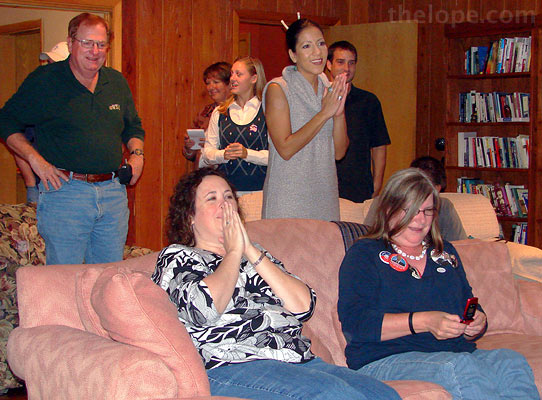 Patsy reacts to Obama's win. She looks distressed but is actually simply overwrought with emotion. That's Andrea Springer on the right. 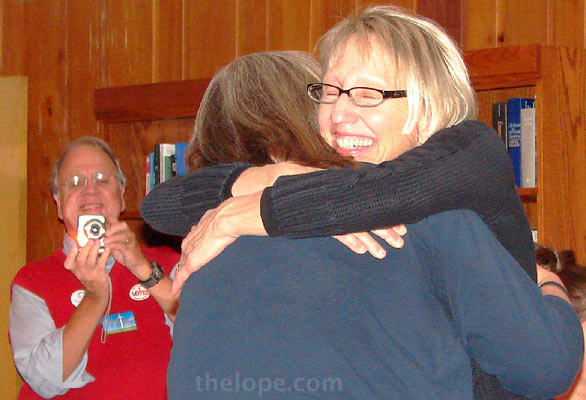 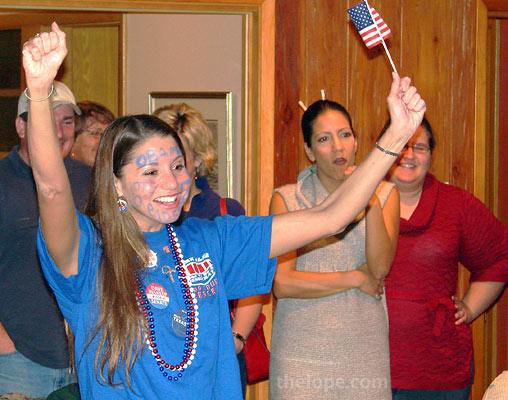 Andrea holds her phone out so her sister, who was not near a TV, can hear the election results. Patsy, Teresa and Trish were three women who were no longer blue in a red state.