The Lope: A Year After the Day After Christmas

A Year After the Day After Christmas 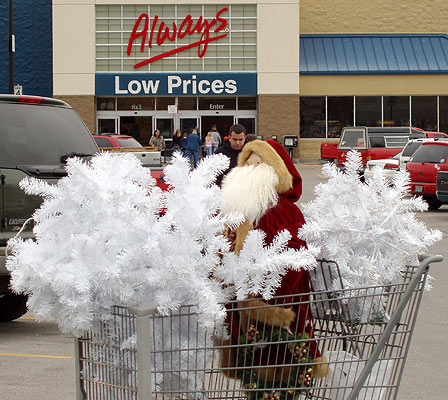 A year ago, I showed the results of my December 26 shopping run of half-off loot. Wanna see what happened to some of that stuff? 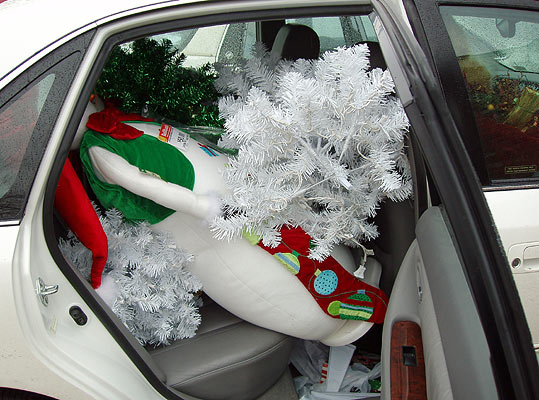 The car was loaded...no, crammed...with stuff for my friends and me, garnered after early AM phone calls and status reports between three of us in different cities, working in concert.

I had more humanoid forms in the car's trunk than a Chicago mobster. 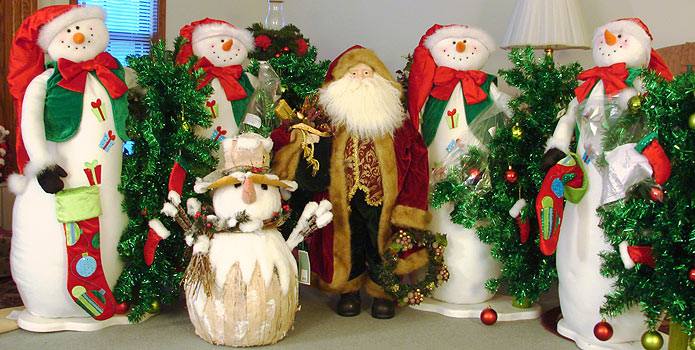 I assembled a small army of these snowmen; I liked them because they looked a bit retro - like old store window displays. They should have been $44 at 50% off, but scanned as $15 so, after checking in with my various cohorts, I bought four. I kept one and the rest were deployed to their respective homes. Patsy got one, as did my mom. 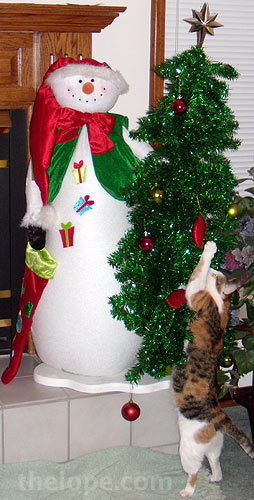 The greatest amusement value we got from mom's snowman was as a huge cat toy. 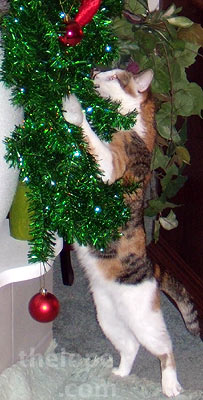 Weaselhead was fascinated with the many bobbles hanging from the thing. 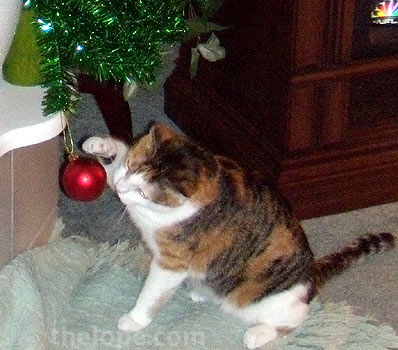 This particular ornament is a favorite target, but is very well fastened. 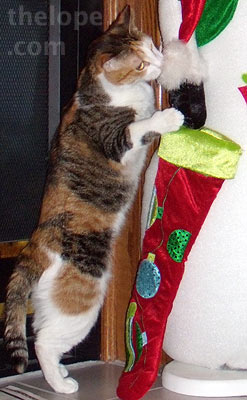 The puffball at the end of the snowman's hat took some damage, however. 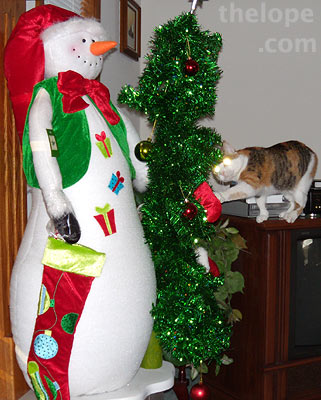 No angle of attack was ignored.

I love the way a flash makes cats look so evil. If you ask me, it just reveals their true nature: "He had yellow eyes! So, help me, God! Yellow eyes!" 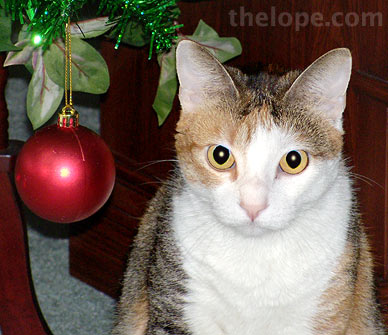 (Disclosure: I filled in massive yellow-eye caused by the flash - it was just too evil-looking to withstand.) 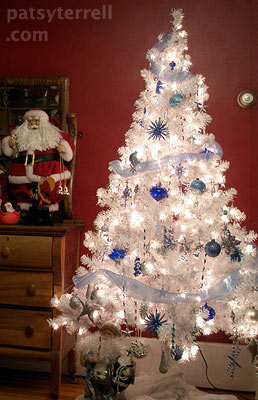 Far from the dangers of feline interference, Patsy used the white tree in her mondo-Christmas display.

I didn't get out early today and grab any bargains as I am recovering from a nasty flu that also helped limit my Christmas Eve and Christmas postings. I hadn't really seen anything clever this year, though, and no giant cat toys.

posted by Ace Jackalope at 4:11 PM