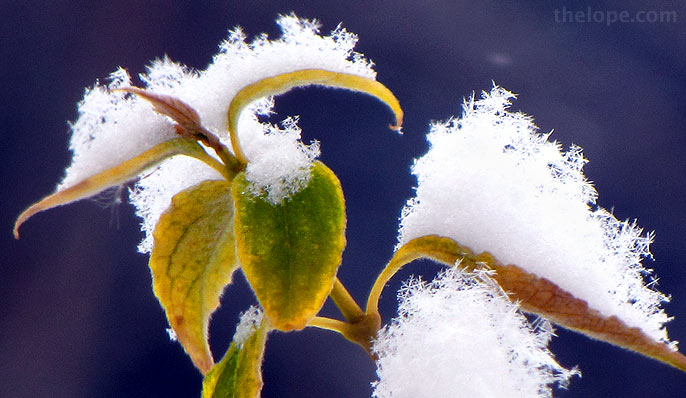 I've often wanted to photograph snow in such a way as to show its crystalline structure. On December 16th I got my chance after a very dry snow fall. 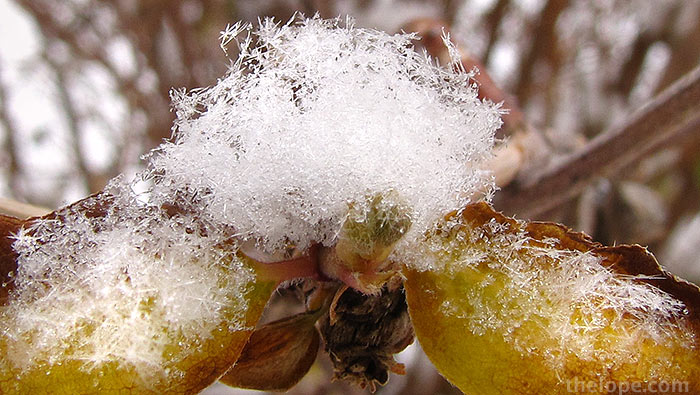 The snow sat like puffs of cotton on top of anything that caught it. 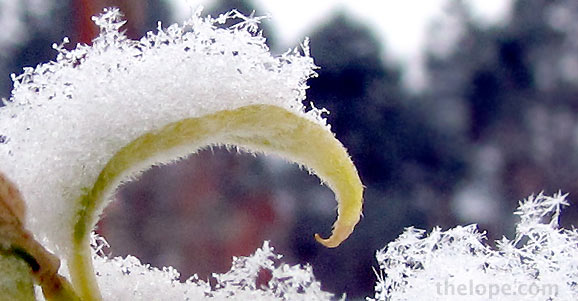 It was 16 degrees early in the afternoon when I shot these photos. It had been much colder. 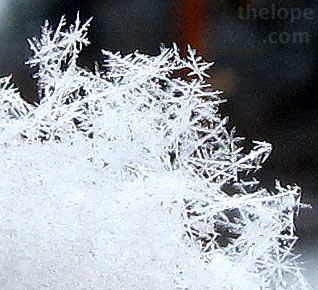 Even though I knew it to be the case, I think this is the first time I'd seen such pronounced structure in snowflakes.

See how they catch on each other.

I learned quickly not to let my own respiration melt the flakes; it helped to wear a paper mask. When the sun came out - even at 16 degrees - the flake structure blunted and dulled due to slight melting and my photo-ops were lost. I'll remember that it takes more than extreme cold to sustain the delicacy of snowflakes. 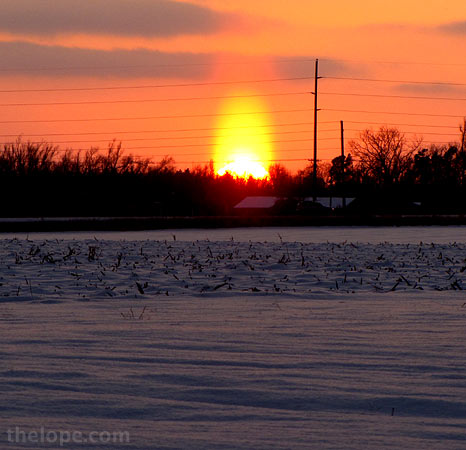 The sun set with an flare coming out the top. Perhaps one of you meteorological folks can comment on this. 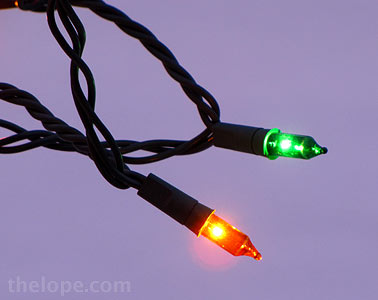 And then man-made incandescence came to the new-fallen snow. 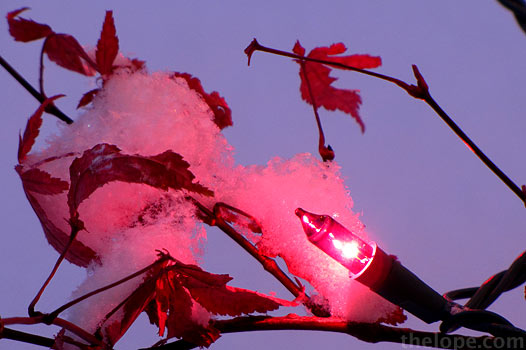 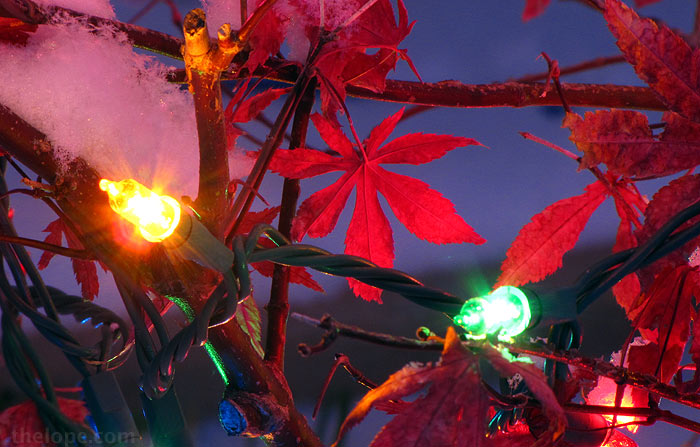 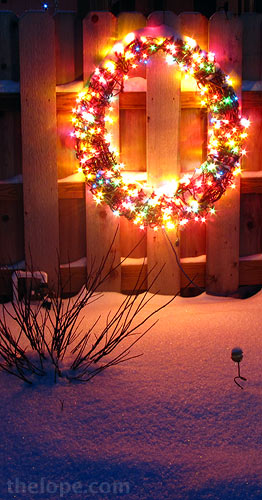 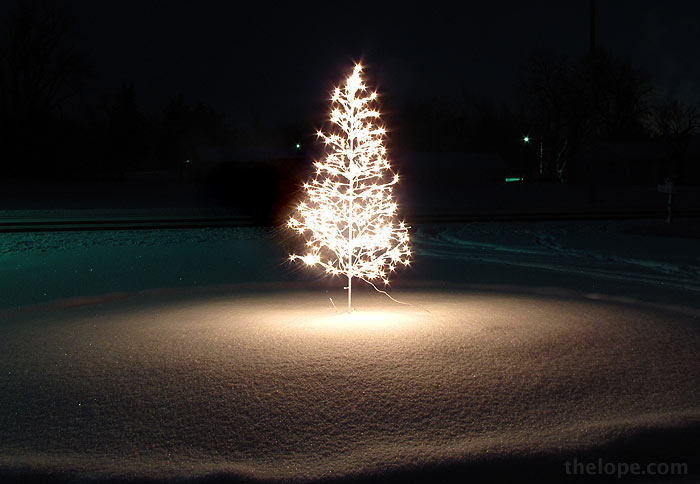 I hope that whoever you are and whatever you believe, that your days are seasoned with flakes of wonder.

posted by Ace Jackalope at 3:37 AM

Thank you for this place of whimsey and beauty and good-heartedness. No matter how bad my day has been a new posting here always makes me smile.

Thank you so much.