One vote is like a note in a symphony. Enjoy making music with your countrymen today. 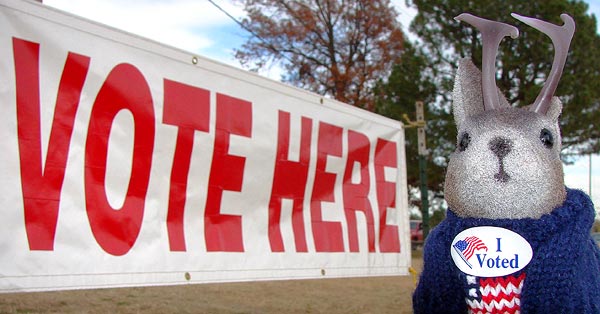 This just in: Confirming recent speculation, Ace Jackalope announced this morning that he has decided to end his long and spirited campaign for President of the United States. 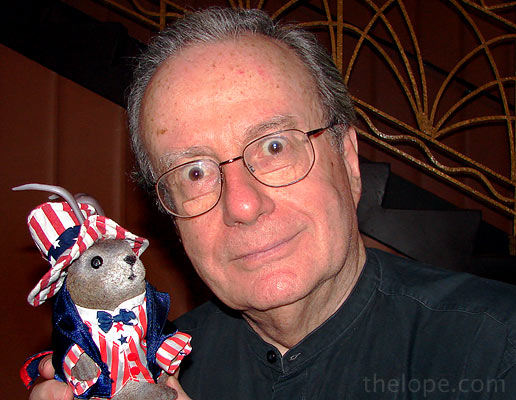 Well, a remark by Mark Russell - that Reagan always wore his suit jacket in the oval office and that in Clinton's case, it didn't matter - reminded Ace that presidents are supposed to wear pants. Ace doesn't have, or want, any pants.

Ace then considered the various presidential options for his endorsement:

McCain/Palin - The problem here is that Sarah Palin likes to shoot small furry animals. Based on the recent record of Vice President with guns, it's reasonable to assume she'll shoot something while in office, and it might be Ace. Also, her respect for science is lacking. Ergo, no Palin, so no McCain.

Montana, ambassador of Route 66 - A respectable rabbit who ran her own presidential campaign this past Spring. Unfortunately, she is no longer living. Even still, as a rabbit and a deceased one at that, she is more qualified than Palin.

Pat Paulson - He was a legendary comedian whose slogans included "I’ve upped my standard, now up yours.", "If elected, I will win." and "All the problems we face in the United States today can be traced to an unenlightened immigration policy on the part of the American Indian." Problem is, he's also dead. 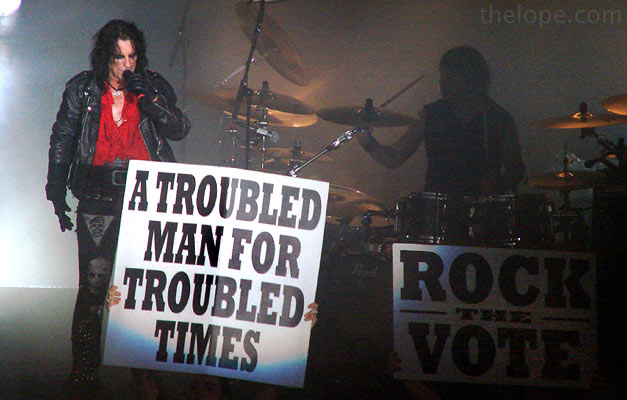 Alice Cooper - Alice Cooper concerts would be no fun with the Secret Service mucking about, so our favorite Republican who sings of necrophilia is out. 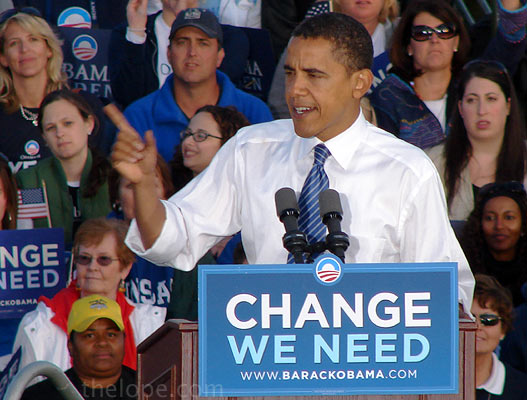 Obama/Biden - Well, we've already got our own stock photos of Obama, so why not? Besides, our beloved Kansas Governor, whom Ace initially wanted as a VP, supports Obama and she's pretty smart - much smarter (and prettier) than Sarah Palin.

Also, you may remember our initial slogan implied a complaint about the other candidates not giving pie enough weight in their campaigns. Obama mentioned several types of pie when we saw him in Kansas City and a video from Philadelphia shows him mentioning pie 15 times, so maybe he's a good guy.

In our local election here in Hutchinson, Kansas, we're supporting the renewal of the present quarter-cent sales tax. It's not new; it's something we're already paying and it supports road work as well as the Cosmosphere and the Kansas Underground Salt Museum.

Aside from the fact that the money would come from our property taxes if this thing doesn't pass, I always think of what it would be like to explain to my friends out of town that we didn't support our museums.

Again, go forth and vote. It feels good and they'll probably give you a little sticker.

posted by Ace Jackalope at 9:23 AM