The Lope: I Wanna Be Elected

I Wanna Be Elected 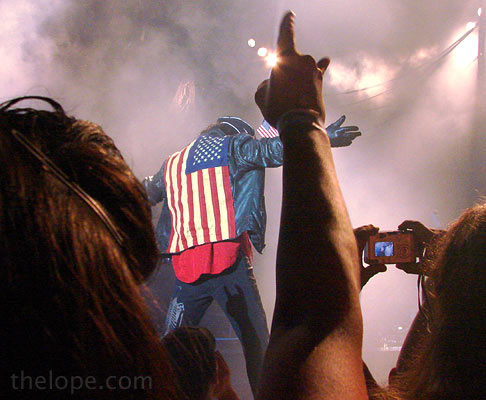 It occurs to me that after today these photos will be less relevant. I caught Alice Cooper's show twice in September - at Miami, Oklahoma, and Hutchinson, Kansas. 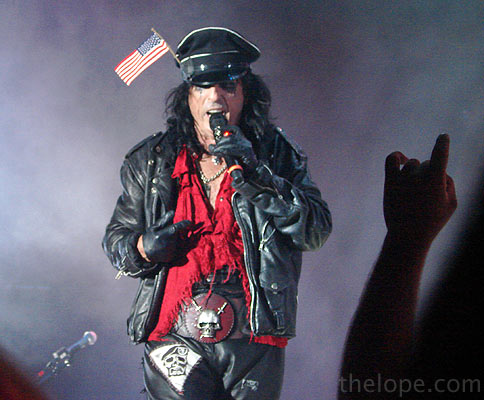 One of Cooper's encores was "Elected", in which he sings a mock campaign speech.

The coolest part was that he used actors in Obama and McCain masks. 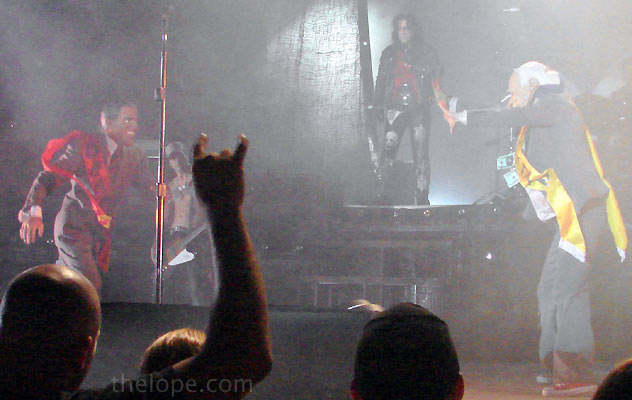 At first, they fight. 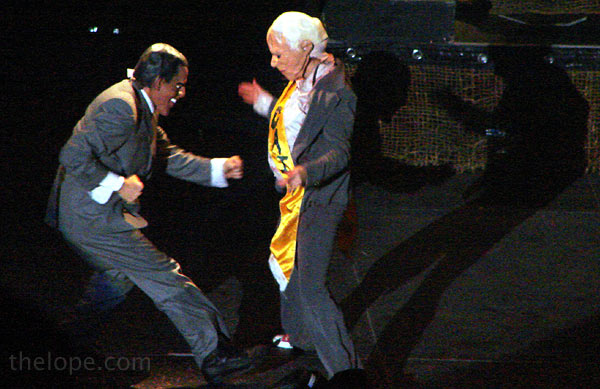 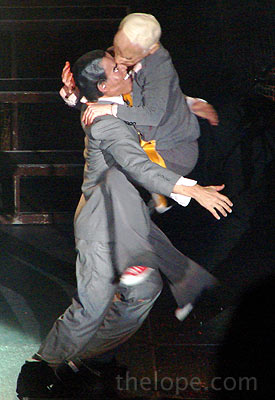 Then Cooper tells them to get along. 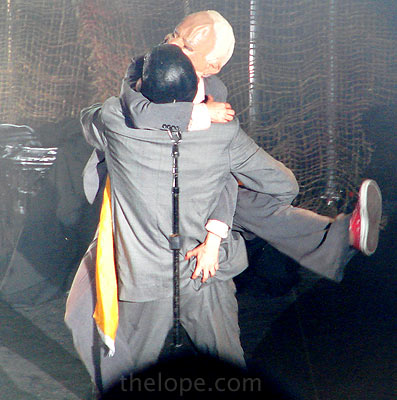 That's quite a grab. 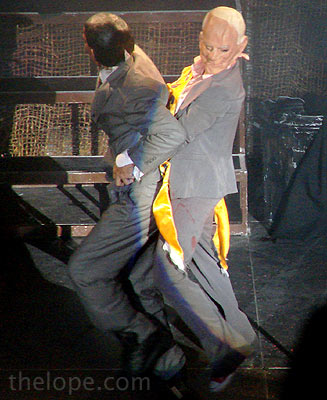 The less said about this one, the better. 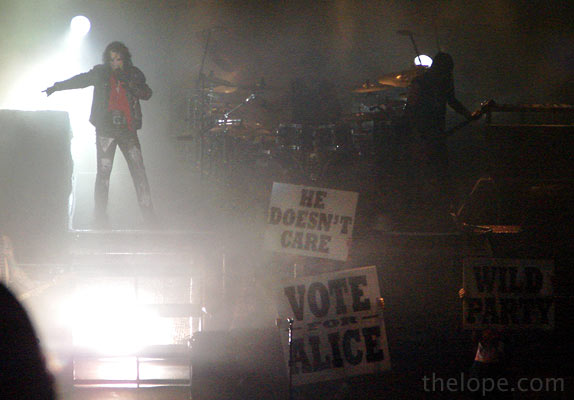 After "Obama" and "McCain" leave the stage, people emerge with campaign signs. I'm pretty sure they are usually local volunteers. 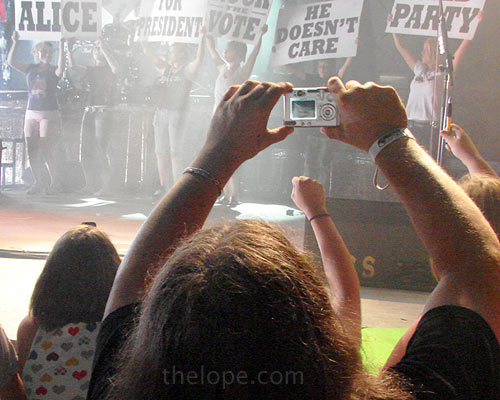