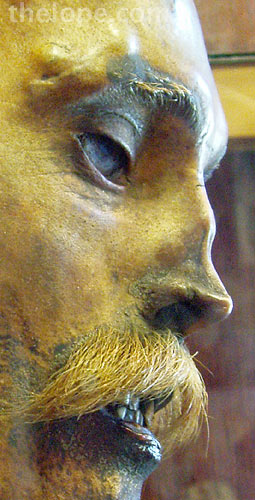 Who can resist the appeal of gawking at the dead? ...or the almost antiquarian lure of the freak show, especially when offered in the sanitized environment of a trendy retail area. After all, it's not our grandfather in that case, or our livestock that has two heads. And it's free. 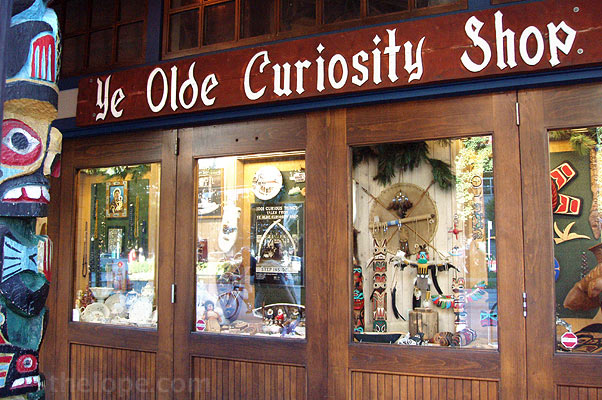 When in Seattle just about two years ago, we visited that city's catch-all of weirdness, Ye Olde Curiosity Shop, which National Geographic called "a landmark of the whole Northwest."

According to the history offered on the store's website, Ye Olde Curiosity Shop dates back to the civil war, at least in concept, when Joseph Standley of Ohio won a third grade contest for the neatest desk in class and received a book entitled Wonders of Nature which inspired him to collect artifacts of nature and American Indian culture. 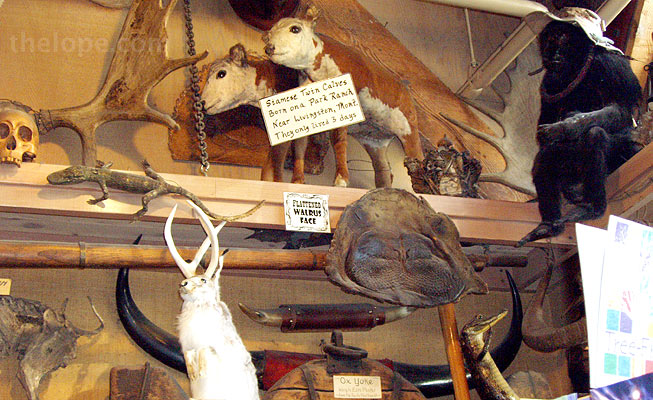 It's rather hard to imagine the "neatest desk" here. By the way, Ace isn't in this post. I don't think he likes places with stuffed jackalopes. 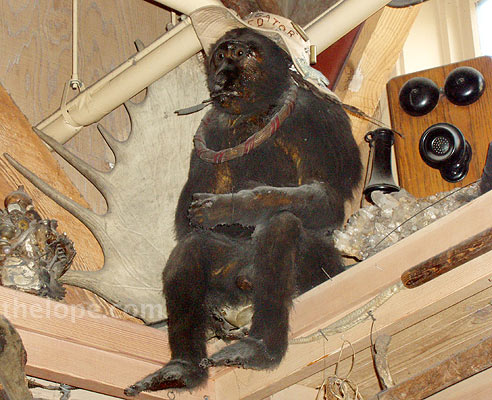 Indeed, a reviewer at Yelp described it as "This looks like a small museum had sex with your great grandparents' attic." It makes me think of that 1980s TV show, Friday the 13th, in which a store was full of cursed items.

Back to Joseph Standley - the website goes on to explain that he later owned a grocery store in Denver, where his collection soon dominated the merchandise. 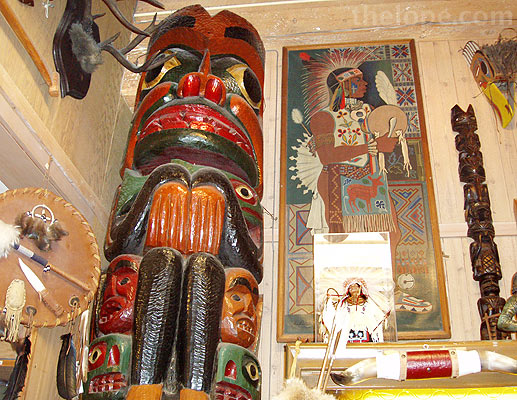 Eventually Standley moved his family to Seattle and opened the store in 1899 that would become ye Olde Curiosity Shop. The store's slogan was, and is, "Beats the Dickens", in reference to Charles Dickens' The Old Curiosity Shop. 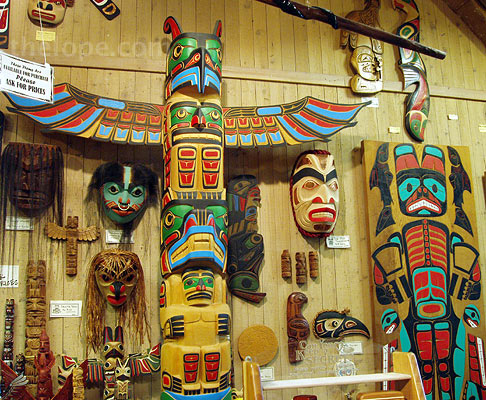 Standley actually gained a measure of respect for his collection of Alaskan Indian and Eskimo artifacts that formed the core of an ethnological collection that won top honors at the 1909 Alaska Yukon Pacific Exposition in Seattle. The store still carries Northwest Indian totem poles, masks and other artwork as seen above. 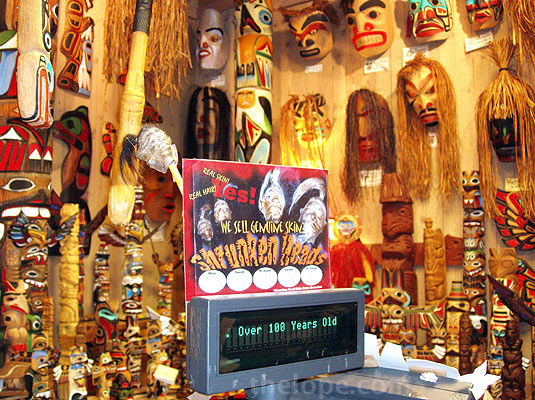 Standley died in October of 1940, 78 years ago this very month. The business stayed in the family and the fourth generation now operates it. Ye Olde Curiosity Shop has moved many times but has always stayed on the waterfront.

The waterfront is appropriate for the store's "Jolly Jack", a coin-operated amusement from, according to arcade-museum.com, the 1930s.

Here's a short video of Jack working. In vintage use, the sound would have come from a record player. I don't know if that's what Ye Olde Curiosity Shop uses. 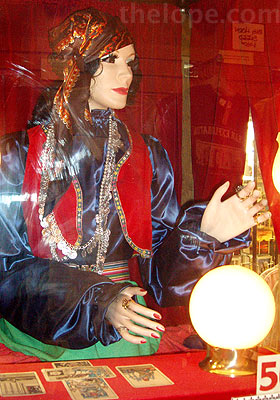 This fortune teller is another coin-op attraction. I do not think the actual mannequin is very old. 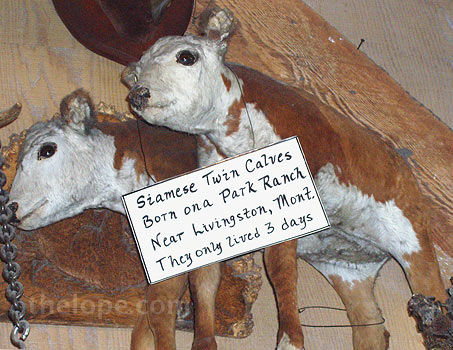 And now, for the weirder stuff. The museum boasts Siamese twin calves. 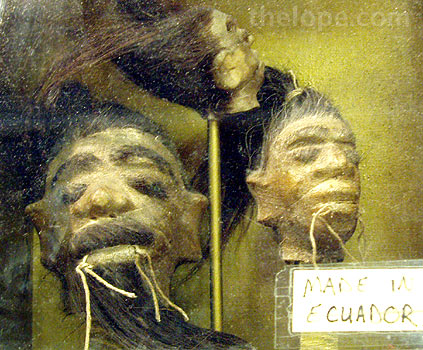 There's also a collections of shrunken human heads from Ecuador. 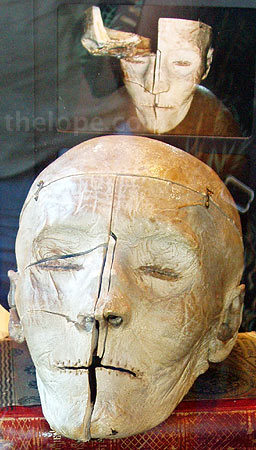 And this is an example of an anatomical preparation used for teaching medical students in the late 19th and early 20th centuries. The store calls this preserved human head "Medical Ed." 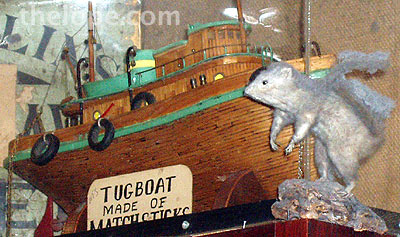 I somehow missed the Lord's prayer engraved on a grain of rice, Ripley's (of "believe it or not") name on a single human hair and fleas wearing dresses, but I did catch this tugboat of matchsticks.

But the stars of Ye Olde Curiosity Shop are Sylvester and Sylvia the mummies. 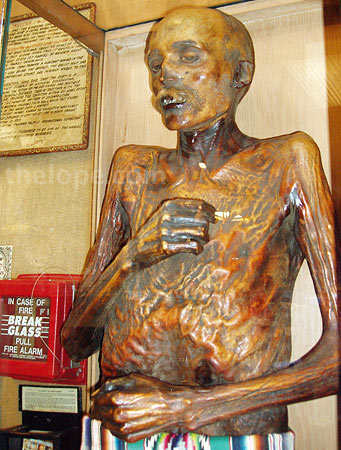 Sylvester (not his name - neither mummy has never been identified) was found, according to the store, by two cowboys in the Gila Bend desert of Arizona back in 1895. He was naked and half-buried in the sand. The store added the loincloth.

A framed explanation in the store goes on to say that Sylvester was shown at the Alaska-Yukon Pacific Exposition in Seattle in 1909 and the Panama Pacific International Exhibition in 1915, and that the store bought him in 1955 from a Mrs. Childs, a daughter-in-law of one of the men who discovered Sylvester. He was subsequently shown at the 1962 Seattle World's Fair.

As of 2006 when I was there, the framed explanation stated that Sylvester was preserved through the natural dessication process of the desert. They need to update that.

According to a 2001 article in The Daily of The University of Washington, the university performed CT scans of both mummies in 2001 and discovered that Sylvester was at least partially embalmed and is beautifully preserved inside. His organs are shrunken but present and still in their approximate shapes.

I only got to see the outside of Sylvester.

"His brain is so very pretty," said professor Gerald Conlogue in a 2001 Seattle Times article. Conlogue, along with professor Ronald Beckett, both of Quinnipiac University in Hamden, Connecticut, were travelling around the world examining mummies at the time for a National Geographic TV series "The Mummy Roadshow" which aired in the fall of 2001 and featured Sylvester and Sylvia.

The virtual autopsy also revealed that Sylvester had metal pellets in his face, neck and lungs, although the lack of corresponding skin wounds indicated the probable shotgun injury may have healed long before his death from a gunshot.

This neatly discredits 1998 accusations that Sylvester is a fake sold by "accomplished scam artist" Jefferson Randolph "Soapy" Smith. Read about that in this Seattle Times article. 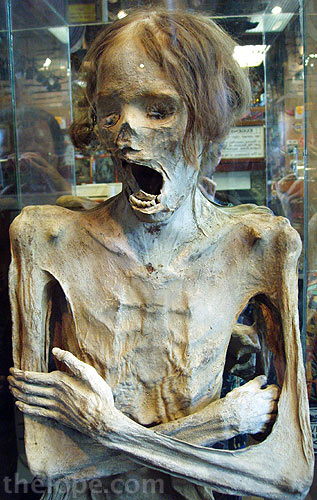 As to Sylvia, the CT scans showed her to be a more typical dessicated mummy in that her organs mostly liquefied and are little blobs now.

She weighs only 20 pounds, in contrast to Sylvester who weighs 120. 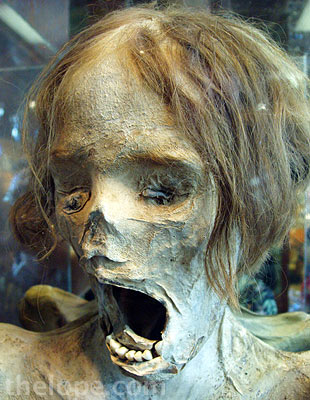 Evidence indicates she is a European female who died at about the age of 30 from tuberculosis and lost her teeth while still alive.

Sylvia was found, according to Ye Olde Curiosity Shop, in a cave in Central America and purchased in 1970 by the shop.

There may be another mummy at Ye Olde Curiosity Shop. A 1999 Seattle Post Intelligencer article mentions Gloria, a mummy of a little girl which I completely missed. 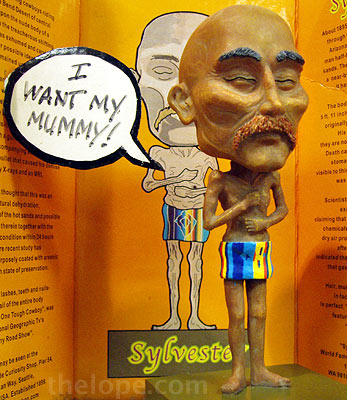 I was somehow able to resist purchasing the ultimate Seattle souvenir, the Sylvester bobble-head. How I was able to do so is the real mystery.

Let's end with some music. This is a coin-operated "Artizan military band organ" outside the shop.

posted by Ace Jackalope at 7:26 PM

Regarding "Sylvester" the petrified man being Soapy Smith's: I will be exposing all the details along with photographs taken of "Sylvester" in 1892 when Soapy had him, in my book, Alias Soapy Smith due out July 2009. Once you see the facts and photograph I'm sure you will agree.

My book is published. It explains all about Sylvester and includes a theory as to WHO he is.