The Lope: It's Pumpkins 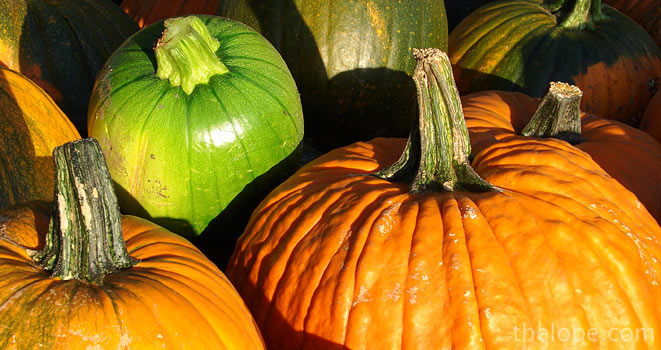 Years ago when I worked on a newspaper, I had an editor who would say "it's pumpkins" when he liked a photo, or conversely dis it with "it's not pumpkins." He had previously been impressed by a photo of a wilted jack-o-lantern, and it had stayed with him. For awhile he literally liked anything with a pumpkin in it, tempting the other photogs and I to plant pumpkins in pictures where they didn't belong. We didn't actually do so, but can you imagine "two killed in traffic accident, pumpkin survives?"

Eventually, "it's pumpkins" morphed into a general expression of approval among my co-workers.

I ran across these pumpkins for sale on a trailer in a yard in South Hutchinson, Kansas, today. 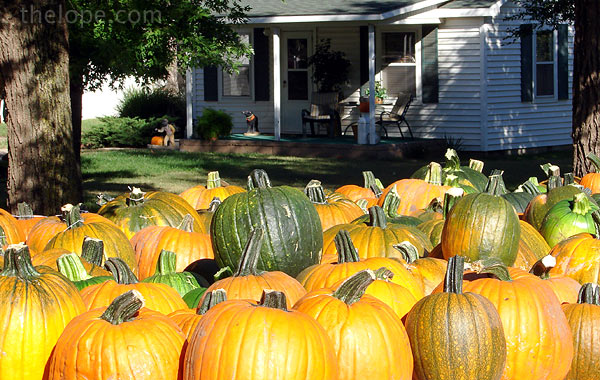 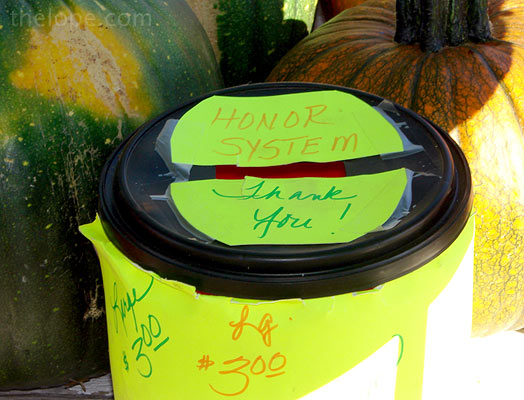 There was nobody around and they were using the honor system. That was kinda nice. "It's pumpkins", even.