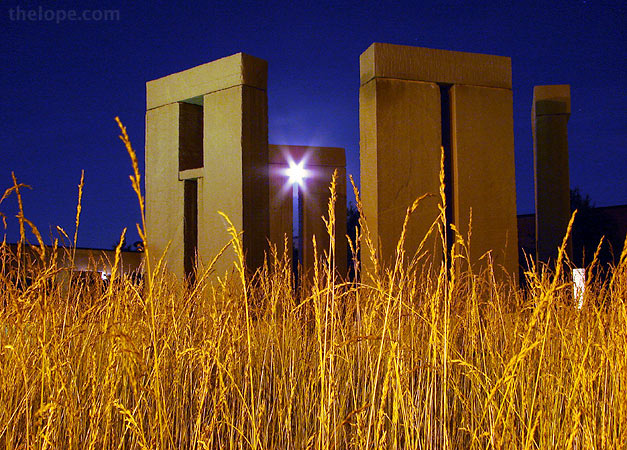 This is the full moon rising over Rolla, Missouri's version of Stonehenge, along Route 66 this past Wednesday night. Read about Rolla and their Stonehenge, here.

The six points radiating from the over-exposed moon are a result of the way the aperture in this particular camera is formed. The more closed the aperture is, the more dramatic the effect. This is f:8, which I used to get depth of field and keep the monument and the grass in focus. 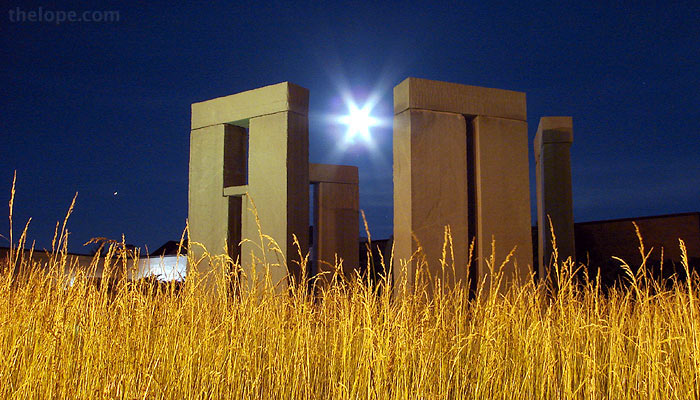 I'm not crazy about the star point effect myself; there are filters with which you can have this deliberately, but I've always thought it a cliched effect that draws attention to itself and away from the subject. The moon is overexposed, by the way, because, being lit by the sun, it should be shot with the same setting you use for broad daylight instead of the longer exposure used for the monument, which is illuminated by street lights. 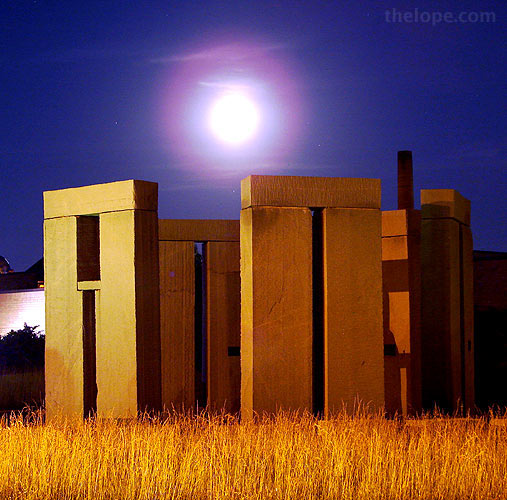 When I didn't need the depth of field to hold monument and grass in focus, I was able to use a wider aperture (2.8), do away with the star points and and got a more natural, rounded (albeit still overexposed) moon.

The real Stonehenge is actually a bit more weathered than its Rolla doppelganger. (1991 photo) 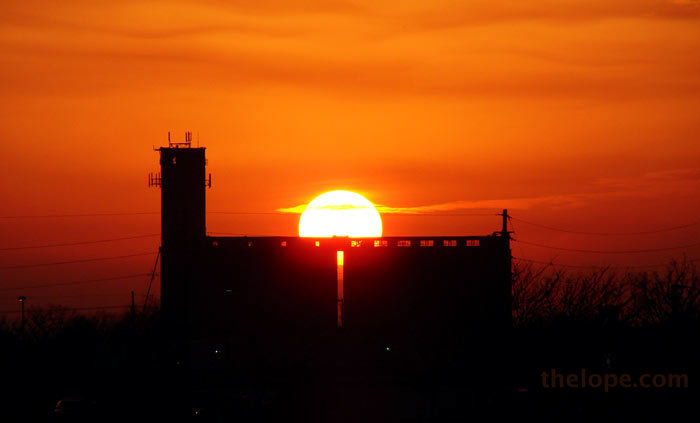 And on another windswept plain, a continent away, we have our own megaliths.
(grain elevator near Severance Street in Hutchinson, Kansas, April 2, 2008)


As always when beneath the full moon, beware the werelope.