The Lope: No Fooling - Spring is Here

No Fooling - Spring is Here

I hesitate to publish anything on April Fool's Day so I waited a bit. 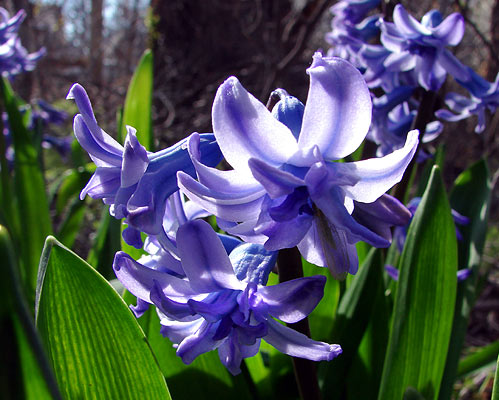 I've been doing Spring cleaning in my backyard, getting rid of layers of debris from multiple storms of various types...ice, wind, hail, floods, snow...we've had it all. Anyway, I was treated to the sight of these Hyacinths flourishing under a fallen Jenga of dead branches. Patsy had planted them there about ten years ago. 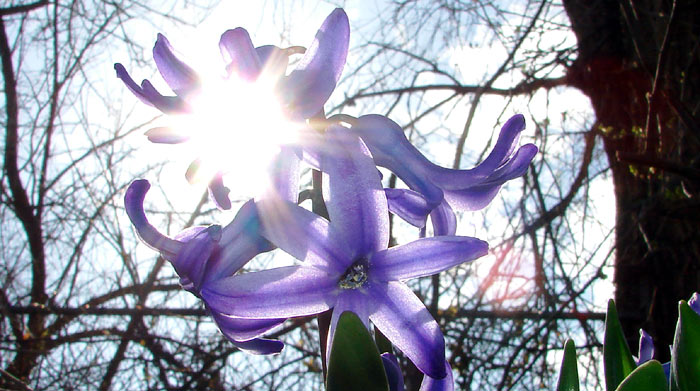 After I lifted away the debris, I shot this bug's eye view from the ground. The flowers were getting direct sunlight for the first time this year, and for some ludicrous reason I thought of a speech Sam gave near the end of the film version of The Two Towers:

But in the end, it's only a passing thing, this shadow. Even darkness must pass. A new day will come. And when the sun shines, it'll shine out the clearer.

Maybe it was the symbolism of literally lifting the flotsam and jetsam of nature's wrath (and my own neglect) away and finding something beautiful flourishing underneath. 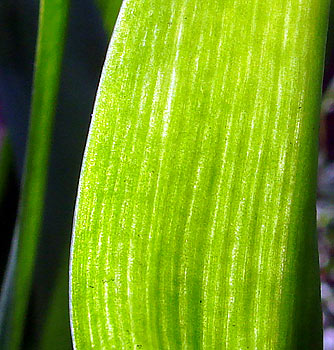 This young leaf, though no longer quite gold, reminds me of a Robert Frost poem beaded jewelry artist Mia Denman called my attention to, when she named a necklace after it:

"Nothing Gold Can Stay."

"Nature's first green is gold,
Her hardest hue to hold.
Her early leaf's a flower;
But only so an hour.
Then leaf subsides to leaf.
So Eden sank to grief,
So dawn goes down to day.
Nothing gold can stay." 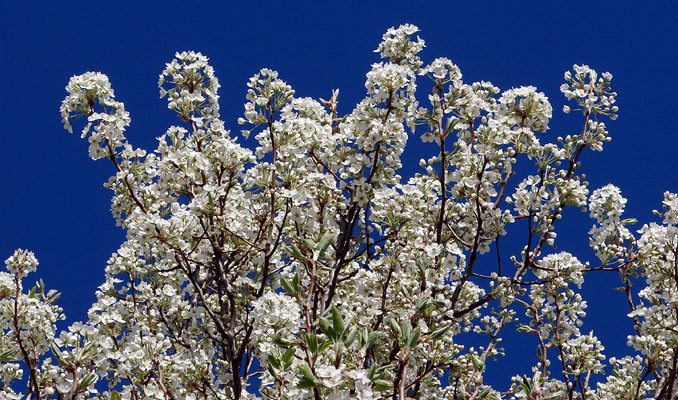 On down at the Hutchinson, Kansas, post office, a flowering tree bloomed against the darkest blue band of the sky (90 degrees from the sun). 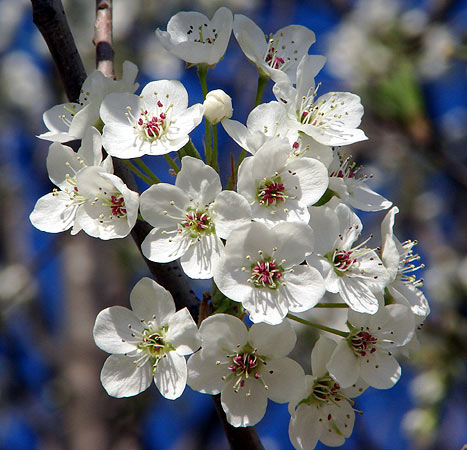 Isn't it a wondrous thing, that physics and chemistry conspire to gift us a blue sky. 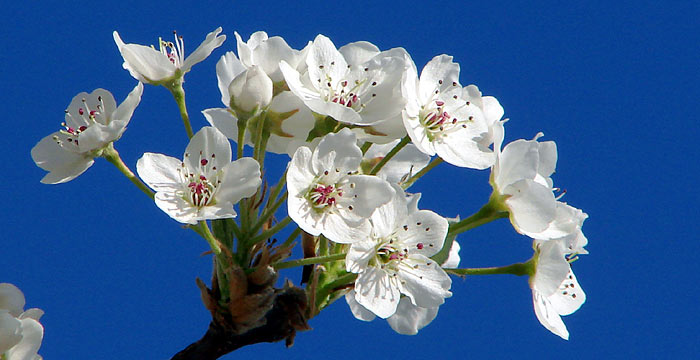 posted by Ace Jackalope at 1:58 AM