Green and Blue, and Wenches, too... 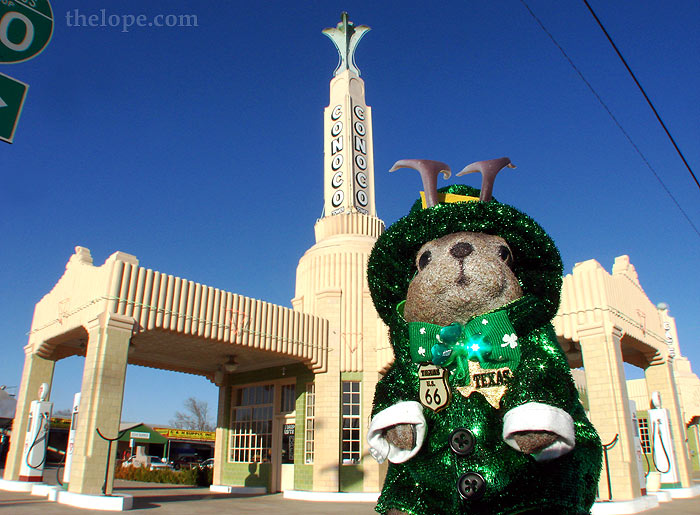 We were lucky enough to pass through Shamrock, Texas, last month and took this photo of Ace Jackalope with the 1930's Art Deco Conoco station on Route 66, which now serves as the city's Chamber of Commerce. 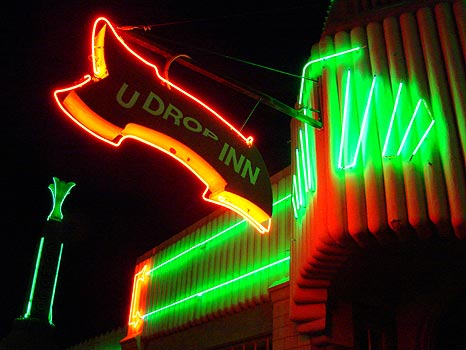 See more of it, and many other things Irish, Shamrock-related... 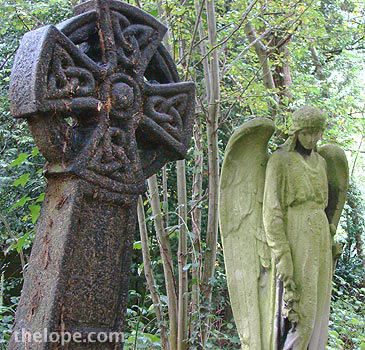 ...Celtic, or just plain green, in last year's Saint Patrick's Day Megapost, and 2006's Things Irish, and then some. 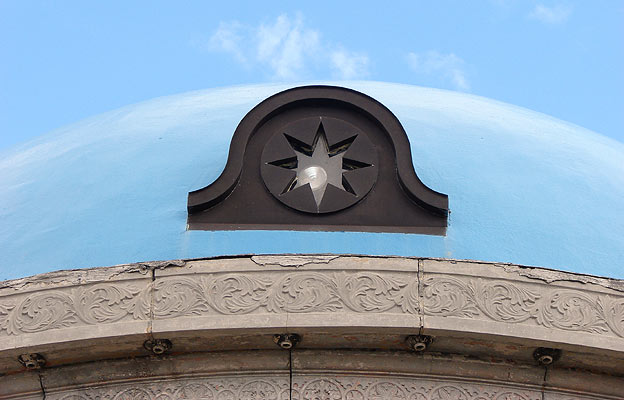 From green to blue, yet still Irish.

Arnie's Bar is an Irish pub located, since 2000, in the building that gave Tulsa, Oklahoma's Blue Dome District its name. 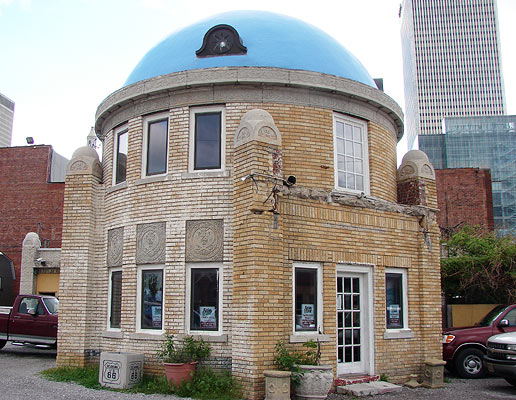 It's pretty easy to see how the name came about.

Like Shamrock's Chamber of Commerce, Arnie's is housed in a vintage gas station - a 1912 Gulf station, to be exact. 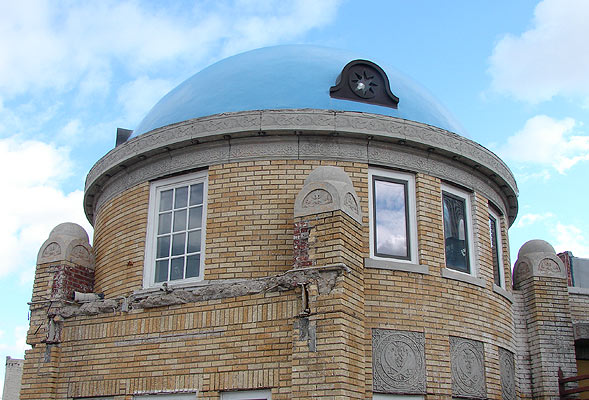 According to Arnie's website, back in the station's heyday, the Gulf service station attendant used to live in an apartment right beneath the dome. 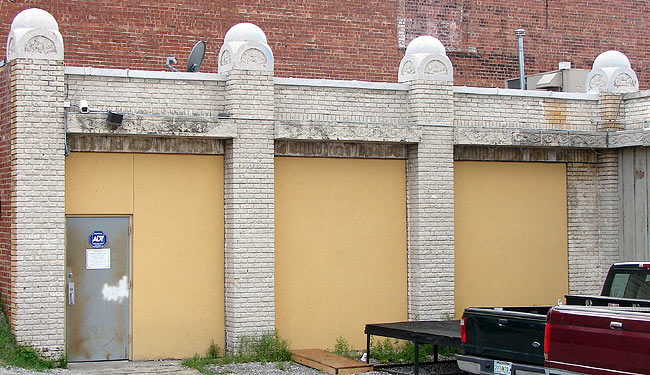 The bays for servicing automobiles are still apparent.

As is the Moorish architecture and decoration.

There's even a touch of streamline design in the shape of the neon sign.

And it, like the Shamrock Conoco, is on Route 66. 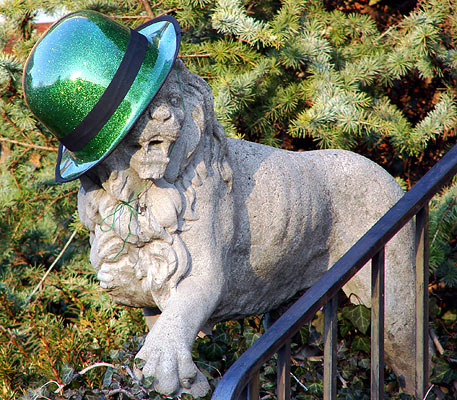 I love to see residential decor for minor holidays like St Pat's. This concrete lion guards a residence at 2427 South Wall Street in Joplin, Missouri. Did I say "minor holidays? In Ace's new America, he'd make St Patrick's Day a national holiday. Think about it - Monday off, and since it'd be a national holiday, it'd be an act of patriotism to drink green beer, if you're into that sort of thing. 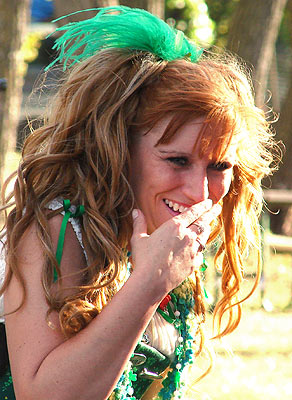 This past Fall at the Great Plains Renaissance Festival, we encountered the Doxies, a singing group that specializes in creatively bawdy and suggestive songs (not the rock band, The Doxies). 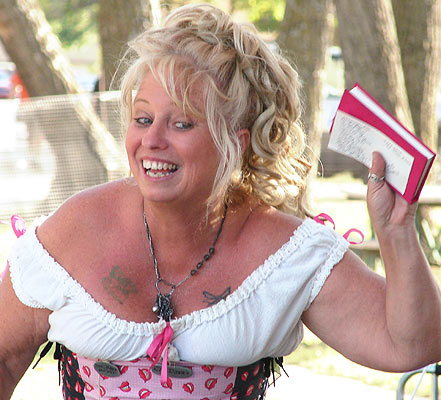 Which reminds me, our search word data for this time of year indicates a rising interest in the various renfest posts, so here's Spring of 2007, Spring of 2006 and Fall of 2005. And this is another Doxie, Shannon Rose. With a name like that, I had to include her. 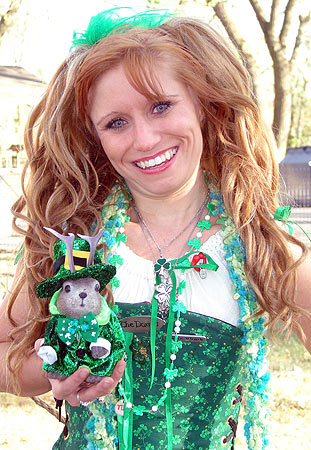 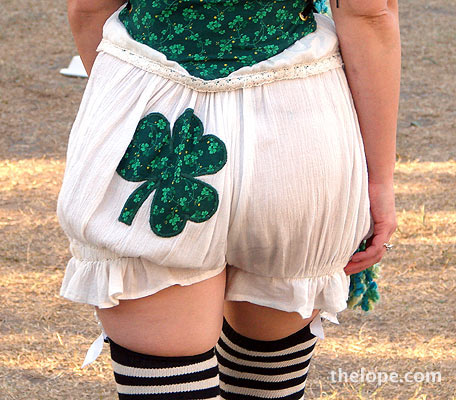 'Til next St. Patrick's Day, may the road rise to meet you and may you remember to renew your site before the Devil has your URL.

posted by Ace Jackalope at 5:00 PM