The Lope: Fire in Albuquerque

I was traveling through Albuquerque New Mexico's stretch of route 66 last night when I fell upon a worrisome sight. 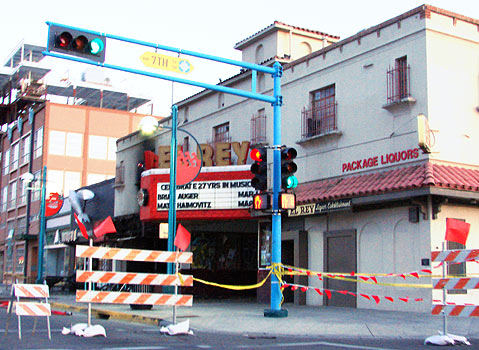 The street was blocked in front of the El Rey theater. At first I assumed there was a street fair in progress. 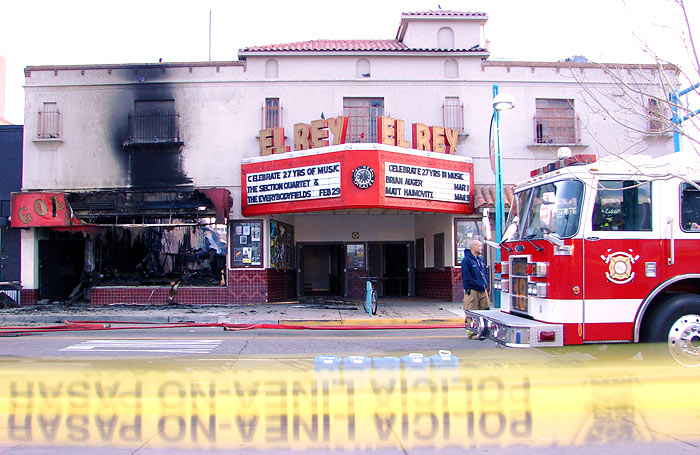 Then, I saw the firetruck and the whole scene registered with me. I was literally stunned. They aren't making any new old theaters, ya know. Fortunately, a fireman told me that the El Rey probably did not suffer significant damage from the fire that started about 6 AM yesterday. 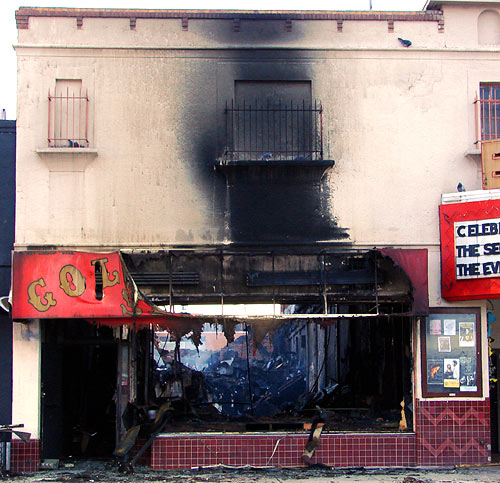 However, the Golden West Saloon, which was built in the late 1920s, was not so lucky. I'm afraid it looks pretty gutted. You can even see right through it, to the building behind.

Somewhere at home, I have a print of the El Rey sign lit up at night. I may add it later.