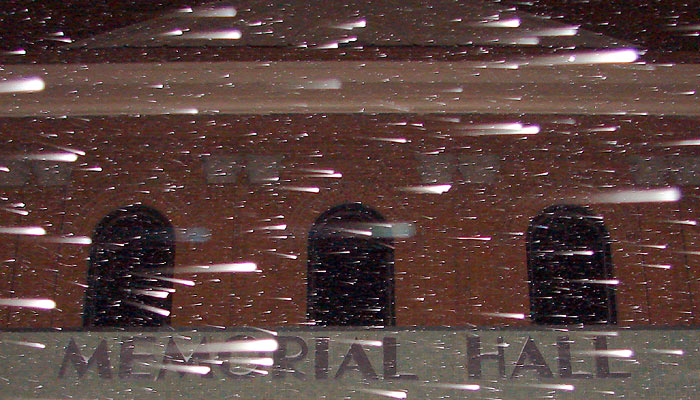 The Reno County Kansas Democratic Caucus was held Tuesday night at Memorial Hall in Hutchinson. Our own little bit of Super Tuesday was surprising in that about 640 people showed up to be counted during a driving snow storm on already icy streets. 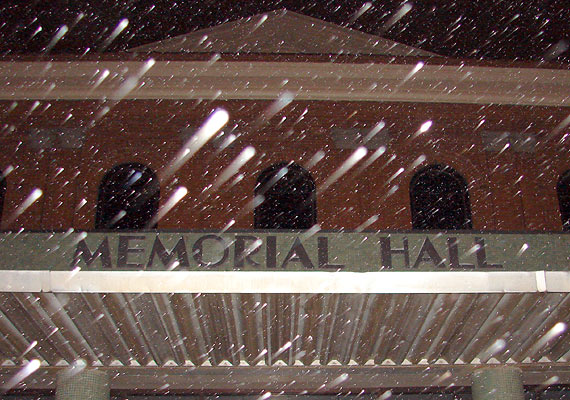 To put this in perspective, I am told that a maximum of 80 people attended the last such event four years ago.

At shortly after 6 PM, the foyer was crowded as lines formed to check in. This procedure was much like signing in during an election, except that no ballot is given. New voters and converts from the Republican party were also there to register as Democrats. There were quite a few of the later. (this photo by Patsy Terrell)

There was a lot of friendly campaigning, and it started just inside the hall. I found that supporters of Barack Obama were the more aggressive camp; they were on the left of the aisle. The young man in the photo is Sean Buchanan, a senior at Buhler High School. This will be the first election in which he can vote and he's enthusiastic about Obama. 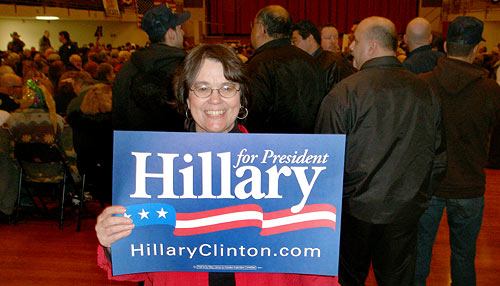 Supporters of Hillary Clinton veered to the right. 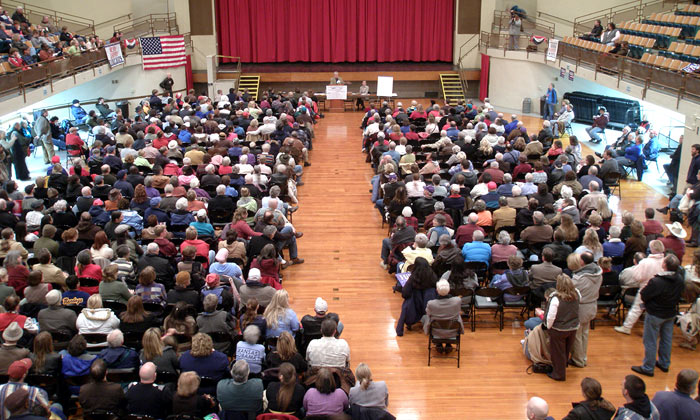 That's basically how it worked - a simple headcount of folks occupying the designated area for their candidate. The total count was 640 persons and a candidate had to have at least 15% to be viable, which was 96 people in this case. A first count revealed that only Obama and Clinton were viable so only they could earn delegates for the state convention, which is what this was all about.

After it was determined that only Obama and Clinton were viable, their camps were allowed to try to persuade undecideds and people whose candidates were no longer viable to join them. Most, if not all, of the undecided folks joined the Obama camp; they seemed to be following the urging of a man I was told is a union leader. 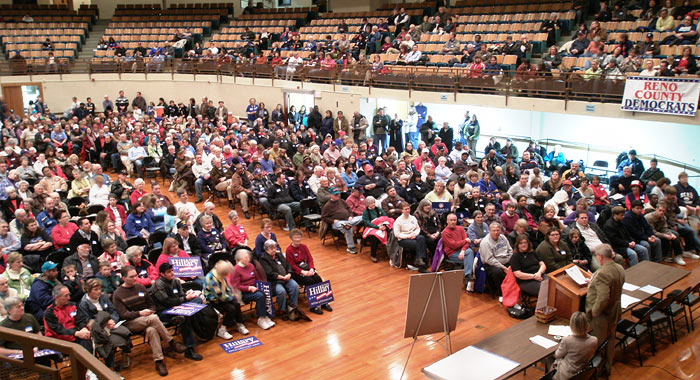 There were speeches, of course. Various citizens spoke in favor of Obama, Clinton and Edwards. Sean Buchanan spoke for Obama. The Edwards spokeswoman emphasized his practical electability - perhaps a veiled reference to him being neither African-American nor a woman. 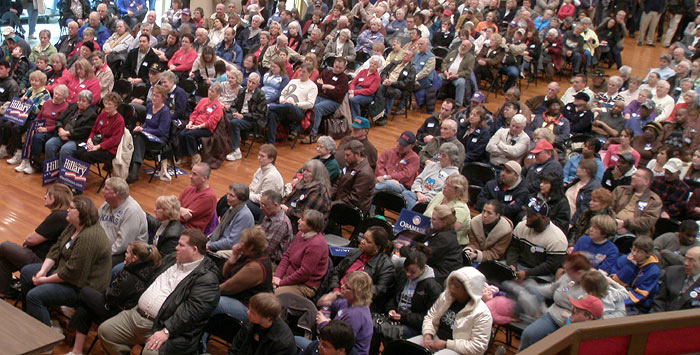 I couldn't tell that there was any gender difference between the Obama and Clinton camps, but there was a slight racial one. I counted at least twelve African-Americans on the Obama side and only one - a woman - on the Clinton side. I hesitate to even mention this, but with the recent controversies between the two candidates, ignoring it would be like not mentioning the elephant in the room - although I suppose a donkey is more appropriate.

Part of that difference is proportional to the amount of supporters each candidate had.

At final count, Obama had 404 which gives him six delegates. Clinton had 166 people which gives her three delegates. Dennis Kucinich had four people and no delegates. I think there may have been one person standing for John Edwards at the end.

Of course, a delegate can also change his or her mind later. 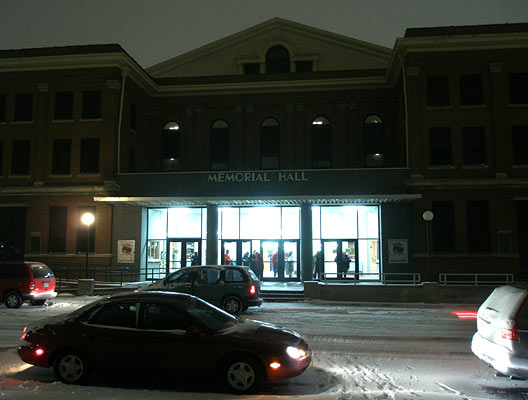 As folks conversed inside the hall, the subject wasn't race, gender or even the Republicans. This was a feel-good meeting for a political party that once felt marginal and now enjoys potency. Comments such as "I didn't know there were this many Democrats in Reno County" prevailed.