The Lope: Breakfast at Lou Mitchell's

Just as a walk on the Santa Monica Pier is the spiritual (if not actual) close of a typical Route 66 end-to-end journey, breakfast at Chicago's Lou Mitchell's restaurant is often the ceremonial beginning of one, and it's actually on the route at 565 West Jackson Street. 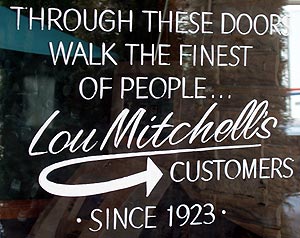 As a matter of fact, the restaurant pre-dates Route 66 by a bit. It has been in this same location since 1923. 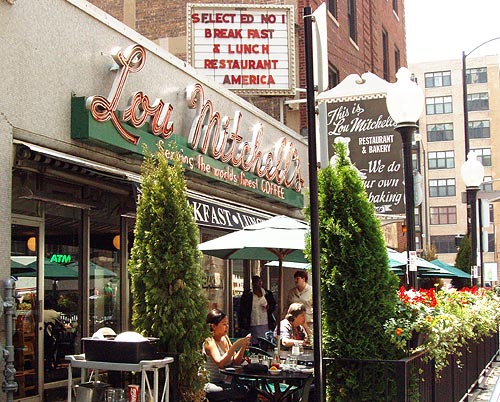 The day after our first taste of Illinois' Route 66, we drove to Lou Mitchell's for a late breakfast and took a few pictures. 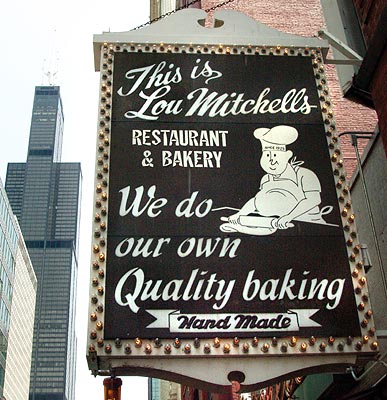 That's the Sears Tower in the background, by the way. 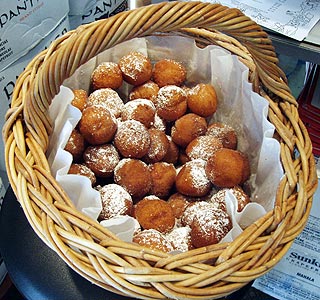 There was no wait when we arrived, shortly after 1PM, but I was told these doughnut holes are handed out to customers who have to wait in line. 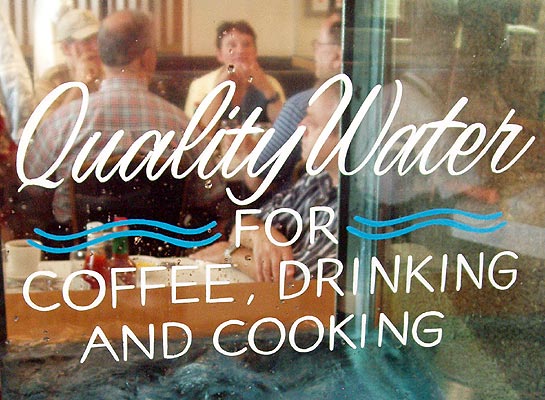 I'd never seen a restaurant so proud of the quality of the water with which its coffee is made. 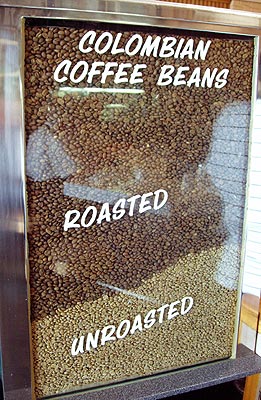 Nearby coffee drinkers told me the place is known for good, basic java.

Small boxes of Milk Duds wait in a plastic basket by the door. These are given to women and children when seated. 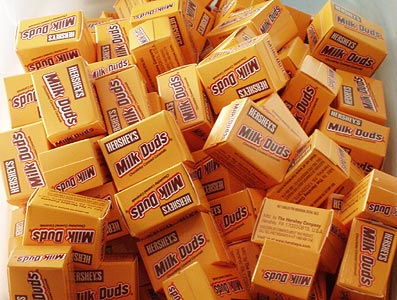 As a man, I feel so slighted!

Seating is a mixture of counters, booths and communal tables. 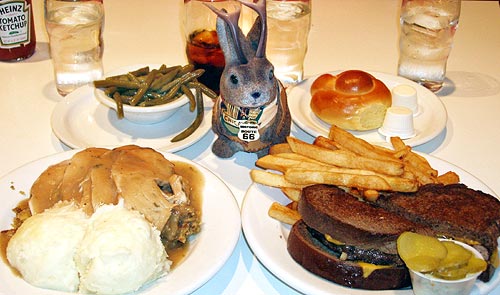 The menu was composed of basic comfort food. It was basic, good-quality road trip fuel - a bit pricey, but plenty of it. And that's good, because we needed a lot of fuel to support the hard work of getting in and out of the car, opening the doors of other restaurants, lifting the camera, turning the pages of the map...I'm hungry again just thinking about it. 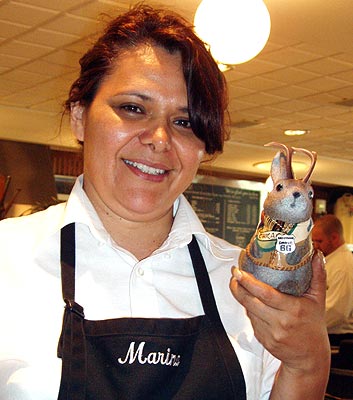 Though quite busy, our waitress Marina took a few moments for a picture.