The Lope: Help Something Cool - Feel Good, Too

Help Something Cool - Feel Good, Too

If one of your new year's resolutions was to give more positive reinforcement to people doing good things, now's an opportune time to start. 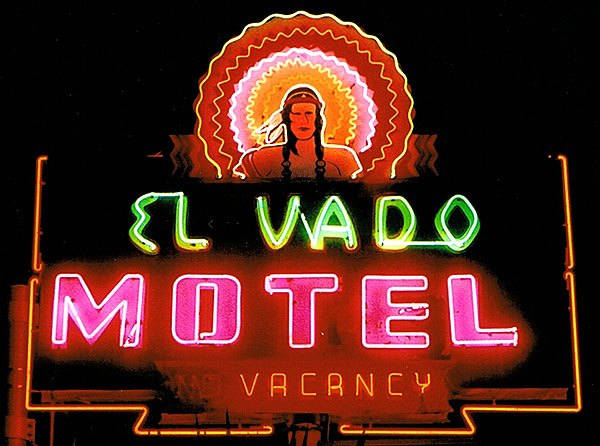 I'm catching up on the emails and bits of news that came in during the ice storm and subsequent clean-up and holiday travels, but here's something important:

This coming Monday at 5PM, the next step in the legal history of Albuquerque's historic Route 66 motel, El Vado, will take place - a hearing before the Albuquerque City Council to decide whether to designate El Vado as a city landmark.

Of late, the long battle to save El Vado has gone well. Back in November, the Albuquerque’s Landmarks and Urban Conservation Commission recommended unanimously that the motel be designated a city landmark to protect it from demolition. The motel had already been declared a Historical Landmark by the National Trust for Historic Preservation, but that designation did not protect it from demolition.

As with many matters of the Mother Road, Route 66 News has been following the story from the beginning.

Sending your feedback to the council with this online form couldn't make it more easy to give these people some positive feedback for what we hope they'll do - approve the designation.

This is most of what I sent:

As an annual tourist to Albuquerque, I have followed the events surrounding the El Vado motel with great interest.

I'm sure you all know what a great touristic lure that Route 66 provides your city.

The El Vado, a well-preserved motor court with regional architectural flavor, is part of that lure - a magnet that draws people like me to come to Albuquerque and contribute to the local economy via food and motel stays.

I have confidence that you'll do the right - and logical - thing: approve the historic designation and help ensure that El Vado remains a time capsule that is aesthetic as well as educational.

I hope to take great pleasure in speaking of your city's wisdom in setting an example for preservation-minded city councils everywhere."

Remember that the hearing is Monday, so get typing if you intend to.

If you want to participate in a discussion about possible future uses for El Vado, you might want to join the website, Duke City Fix.

By the way, according to Legends of America, Albuquerque's nickname, "Duke City", comes from its 1706 naming in honor of Spanish Viceroy Francisco Fernandez de la Cueva, the Duke of Alburquerque. The "r" was later dropped.

January 7 update: El Vado was given landmark status, but not by a large margin. See Route 66 News.