La Posada in Winslow, AZ is an old Harvey House that has been restored and is in use as a hotel and restaurant. 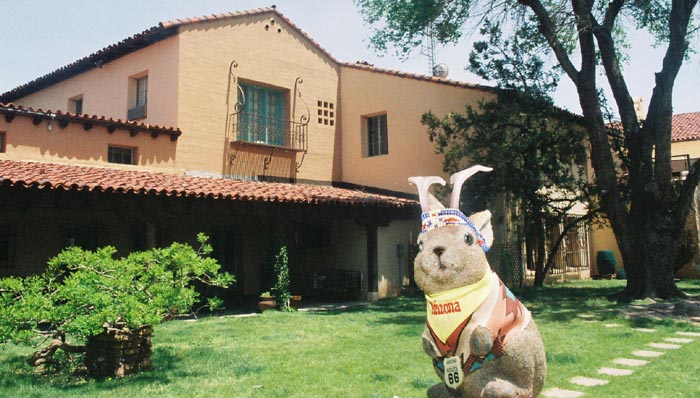 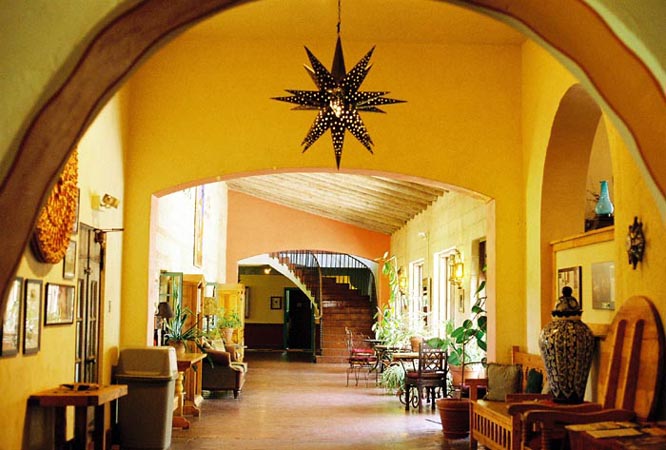 Navajo culture infuses this part of Arizona and Ace decided to try to adopt traditional dress. Thats a nice chunk of petrified wood he's standing on. 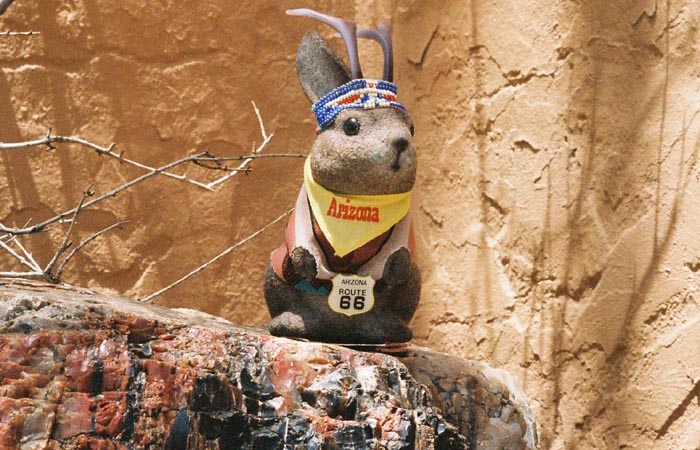 Part of this building was a train station; some of the original furniture remains and the wide open rooms are perfect for the display of regional art. 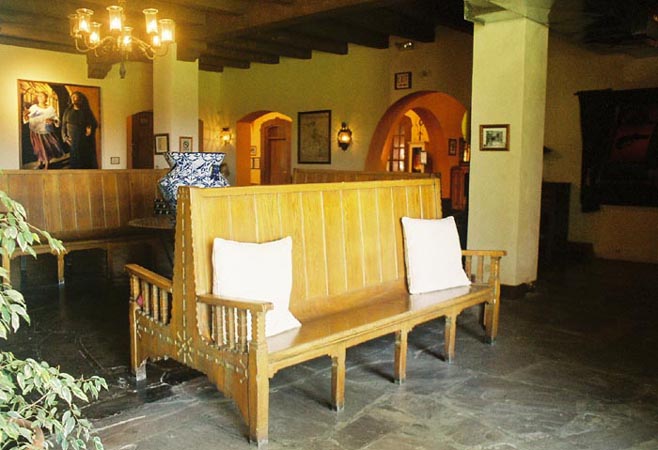 Harvey Houses were known for Harvey girls; its hard to say which is prettier...the window or the woman. 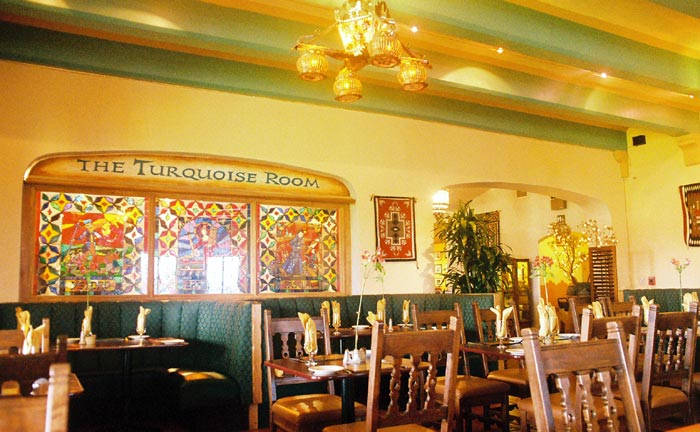 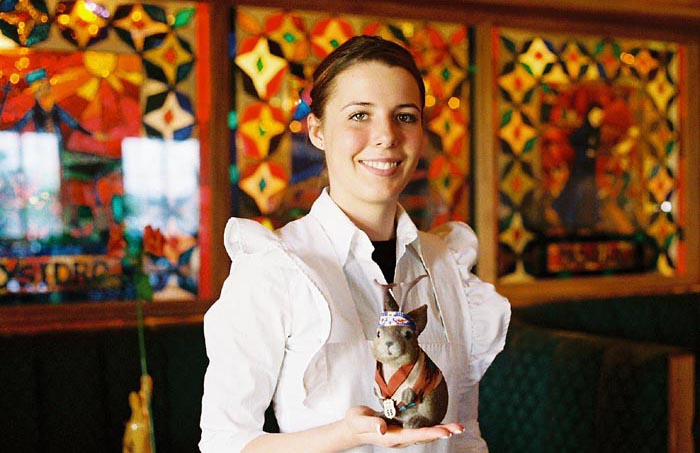 The food here is great, and breakfast was surprisingly inexpensive. The eggs with green chili are especially rousing. 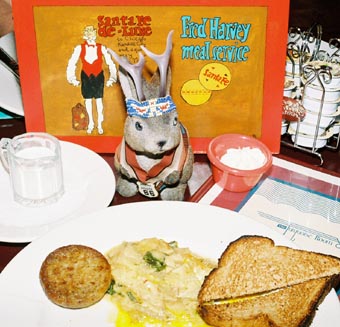 From the Turquoise Room, one can dine and watch the trains while being served by beautiful women. It doesn't get much better than this. 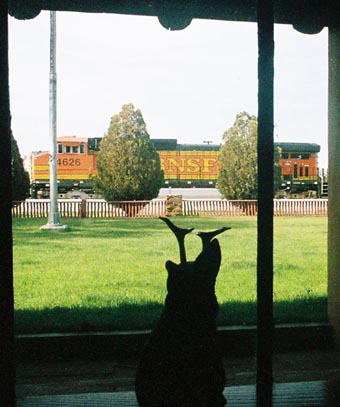 The grounds of La Posada are well-kept and there is a nearly unobstructed view of the Burlington Northern Santa Fe double main line from the back patio. 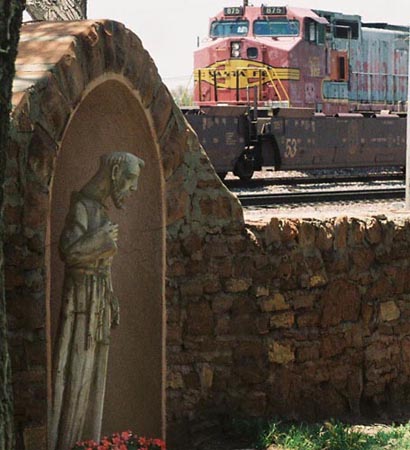 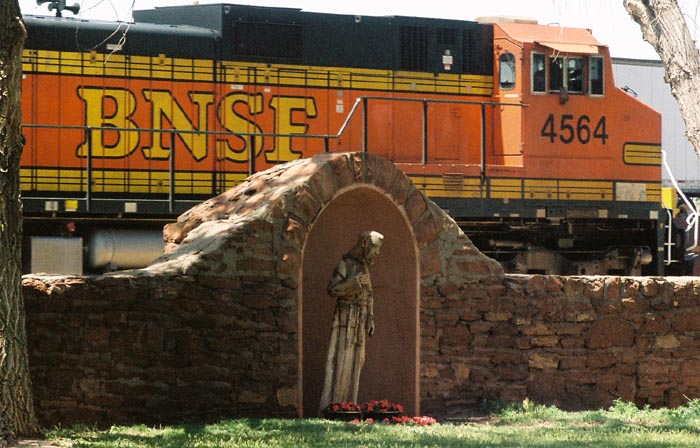 Visitors are allowed to appoach very close to the trains, but not onto the actual platform, which belongs to a still-functional Amtrak station nextdoor. 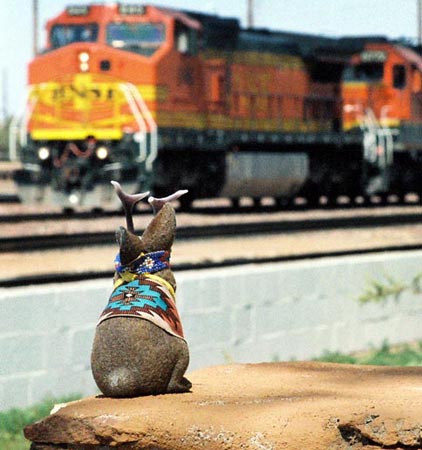 The rooms at La Posada are nice, alhough there is no elevator. 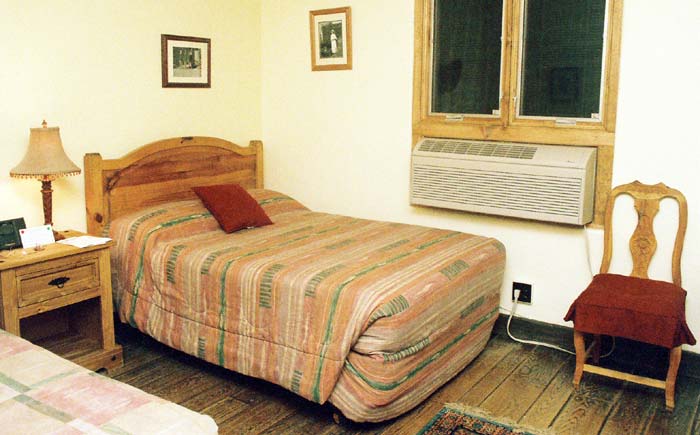 It's too bad the Highway Diner, across from La Posada, is no longer in business. It looks like an old Valentine diner, manufactured in Wichita, KS. 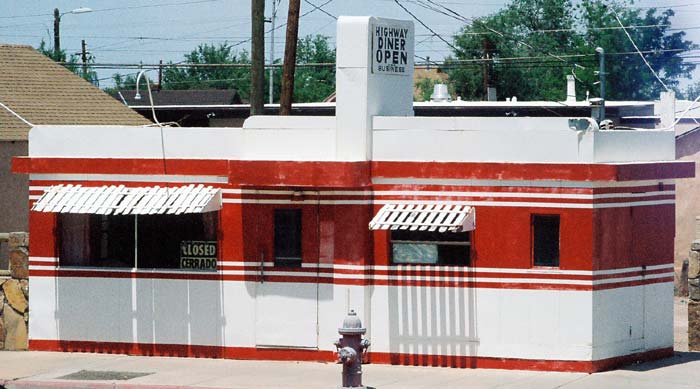 Winslow's other claim to touristic fame is in question at the moment. The "Standing on a Corner" park, as in "standing on a corner in Winslow, Arizona" from the Eagles' song, Take it Easy, is fenced off after the adjacent building burned last year.

The mural, which shows a "girl in a flatbed Ford, slowing down to take a look" at a sort of everyman/Jackson Brown-ish statue, is intact; but the site stays fenced while an insurance company, the building owner and the city come to an agreement as to how to proceed. In the meantime, "Take it Easy" still plays endlessly from the loudspeakers of anxious gift shop owners.

Hi. I wondered if you could describe the Green Chile Eggs served at the Turquoise Room? I keep reading about how wonderful they are and would like to try to make them myself. Unfortunately, I have not had the opportunity to taste them myself.

And I enjoyed your photos. It's been a long time since I have been to Winslow, so it was nice to see them.

Becky, I'm afraid I have very little recollection of that meal now, except that it was delightful.