This is a combination of several posts from back when this blog was new. They are part of a May 2005 trip from Joplin, MO, to Needles, CA, with side-trips to Phoenix, AZ, and Las Vegas, NV.

We started out May 17 in Albuquerque but the first picture I shot was in Cubero, a small village just off Route 66 between Albuquerque and Grants. Catholic-inspired wall art is not uncommon here, and this was the most accessible example I saw. 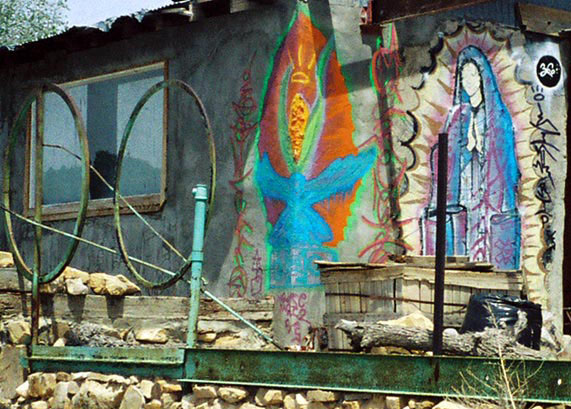 It's coming right at me! 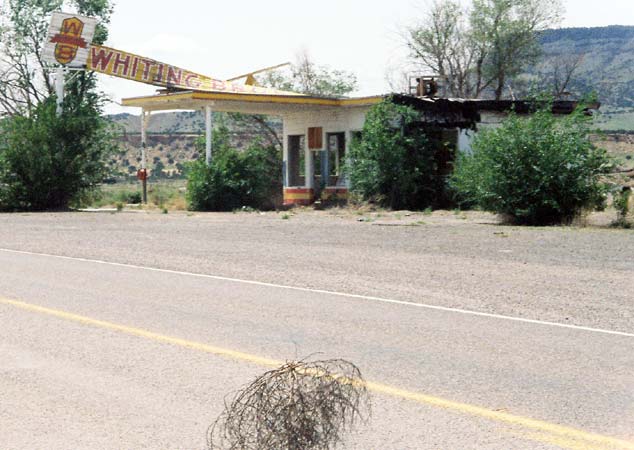 Whiting Brothers gas stations were once common along Route 66; now, only one or two are left operating. However, the distinctive shape of the sign lingers with many of the subsequent businesses that bought their properties. 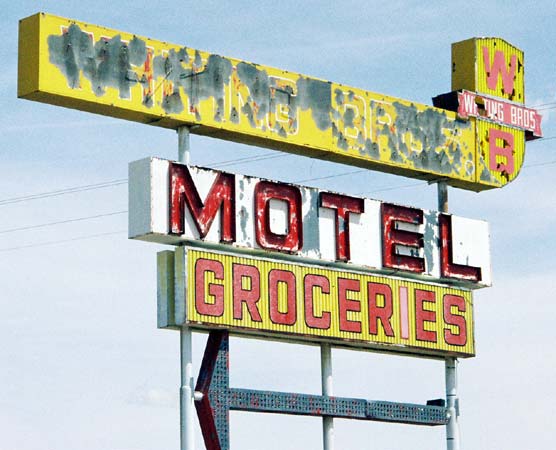 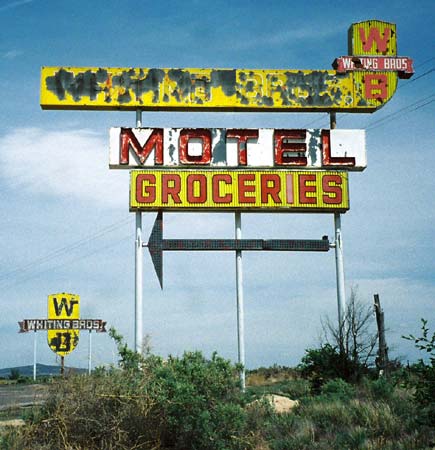 A BNSF train moves past the site of a previous derailment near Prewitt, NM, on Route 66.

There are a couple of well-stocked tourist traps at Continental Divide, but the find of a real (for a change) wagon was the highlight. As I'm sure you know, the continental divide runs along the crest of the Rockies, from British Columbia, through the United States, and continues Southward through Mexico and Central America. In the U.S., it divides the country's principal drainage into that flowing Eastward to the Mississippi River and that flowing Westward to the Pacific Ocean. 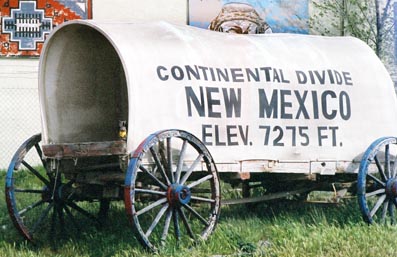 New Mexico residents seem justly fond of their flag. The yellow and red colors are from the flags of Spanish explorers. The state of New Mexico adopted the Zia sun symbol in the 1920's from one of it's native Americans cultures. This is one of Ace's favorite flags and he was happy to blend in by wearing it as a kerchief. 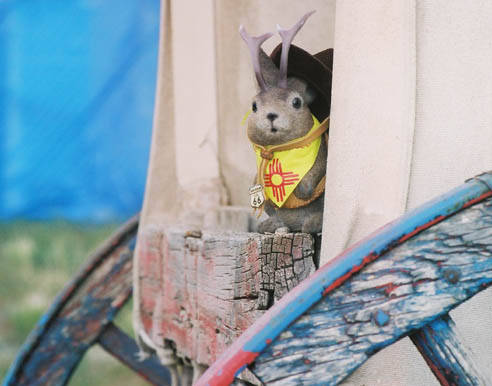 This is a view of the cliffs to the North of the Continental Divide exit from Hwy40. The access road is Rt66.

An East-bound BNSF train between Continental Divide and Grants. The tracks run near Route 66 in this area.

I've probably shot photos of two dozen motels, etc., in Gallup in previous years, but I'd never gotten this drive-in at the West end of Rt66. I like the shape of the awning.

You'll know when you're at the NM/AZ border because a cluster of tourist traps will greet you. The Chief Yellowhorse trading post is a classic along Route 66 just West of Arizona's border with New Mexico.

Holbrook has one of the three remaining Wigwam Motels; the other two are in Cave City, KY and Rialto, CA. The ones in Holbrook and Rialto are on Rt66. 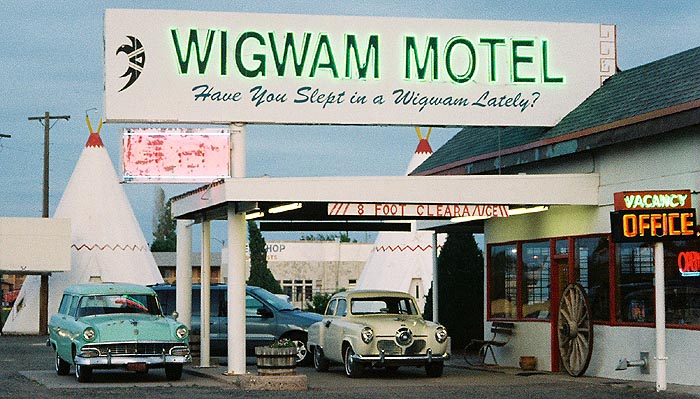 We didn't stay here for the night, but I would do so on a later trip, which you can see here and here. The Cozy Cone Motel in the Disney/Pixar movie "Cars" was based on this motel and possibly its siter motel in Rialto, CA.

Joe and Aggie's is an old Rt66 institution. 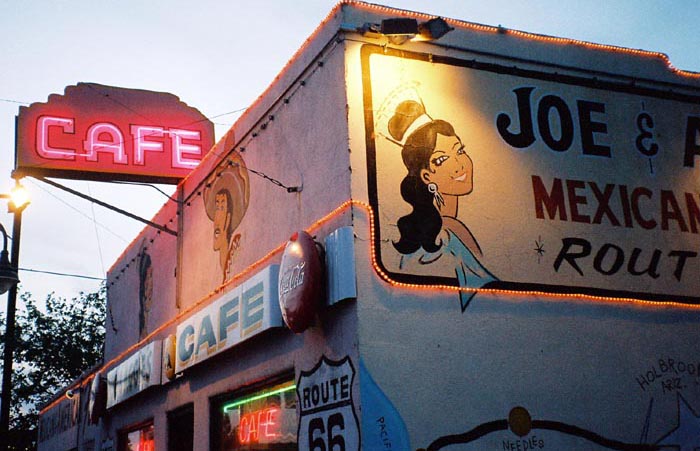 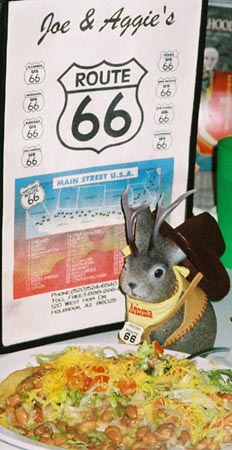 Ace sees one of his ancestors immortalized in a mural on the front of Grace's, across Route 66 from Joe and Aggie's. Jackalopes are a recognized part of western lore. 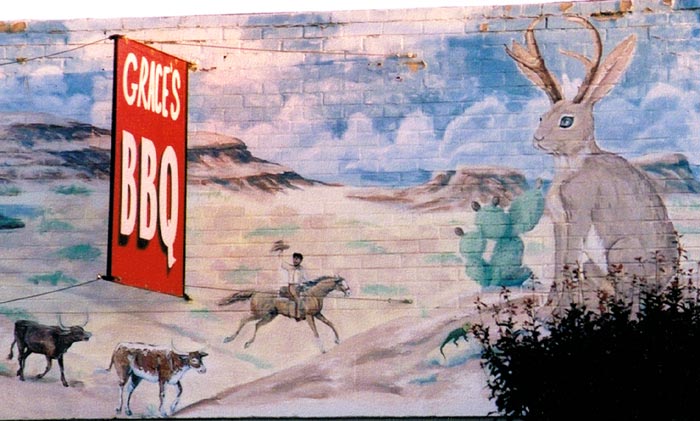