This is a combination of several posts from back when this blog was new. They are part of a May 2005 trip from Joplin, MO, to Needles, CA, with side-trips to Phoenix, AZ, and Las Vegas, NV. Much of trip was along Route 66.

The Cadillac Ranch was an obvious inspiration for the Cadillac mountain range in the Disney/Pixar movie "Cars." I wish cars still had fins. 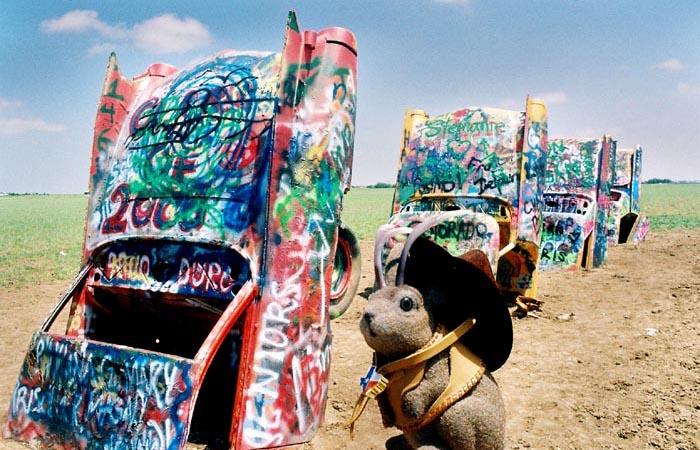 Ace does not have a high opinion of automobiles and enjoys the fact that at least ten are partially buried as part of this famous outdoor sculpture. 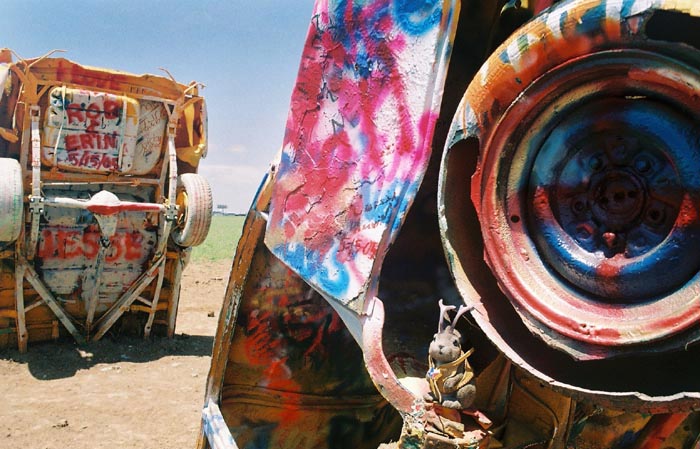 This sign was across Rt66 from the Cadillac Ranch. 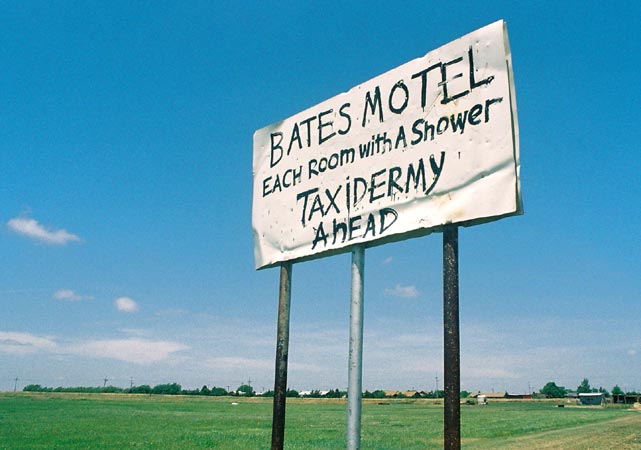 Midpoint Pete is halfway there

The Midpoint Cafe in Adrian, Texas, is aptly named, being at the midpoint of Route 66.

Midpoint Pete, a prairie dog, was left there by a customer and usually occupies a high shelf. 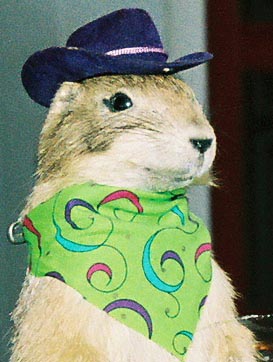 The ladies working that afternoon were a blast. 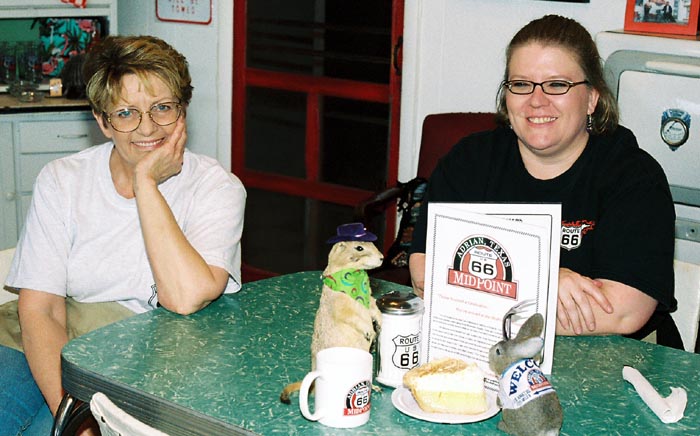 The sign across the road was designed by the restaurant. The ownership was a bit peeved to discover their copyrighted property had been used on mass-produced fabric, but Ace was happy to have a "place specific" vest made of it. 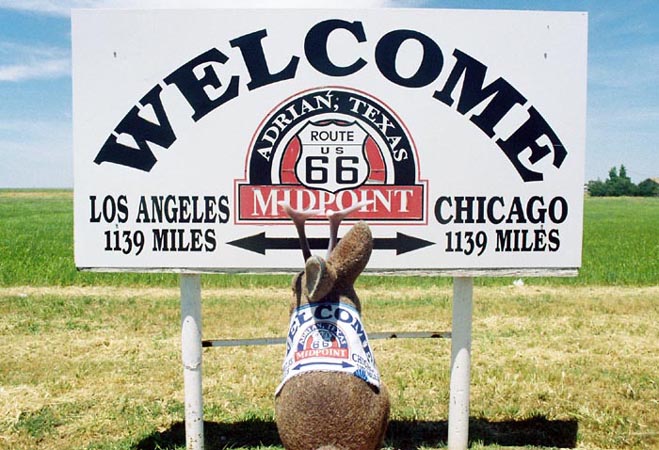 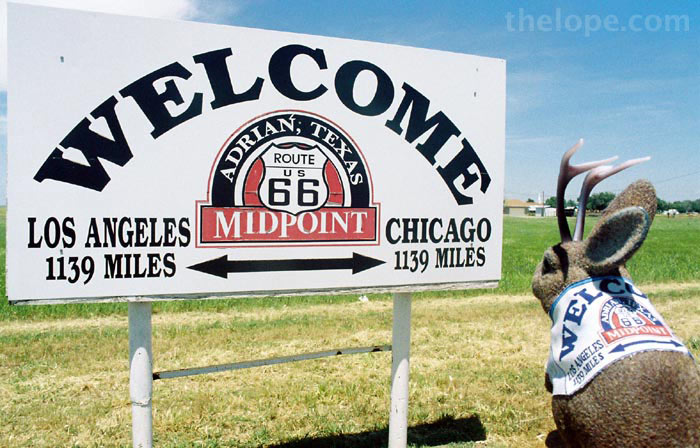 Midpoint's Fran Houser gets down a Texas flag for me to purchase. Fran is thought by Route 66 News to have been an inspiration for the character "Flo" in the Pixar movie "Cars", and I tend to agree. 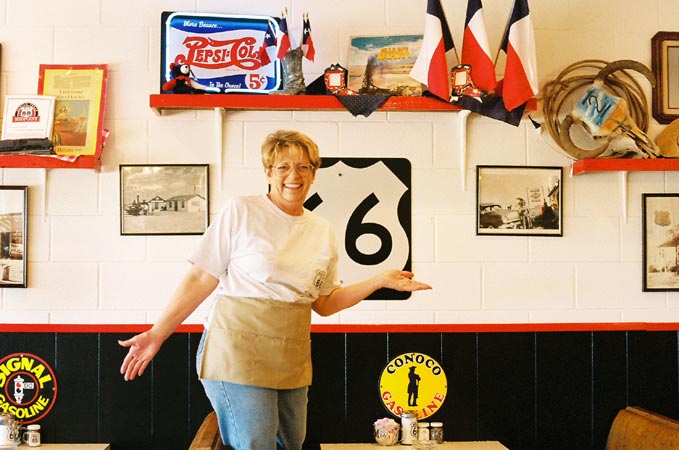 It isn't often that a jackalope and a prairie dog get to share pie. 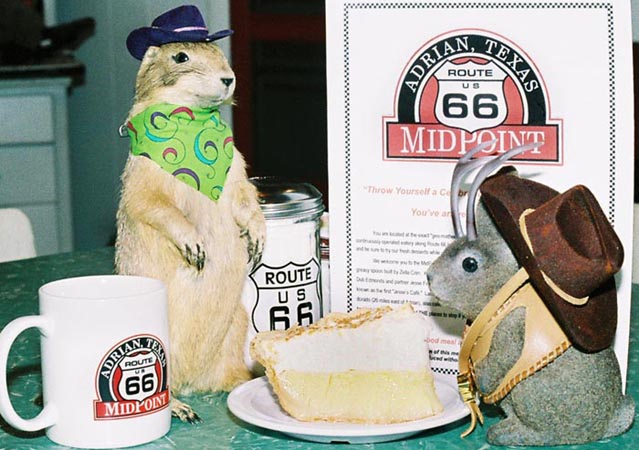 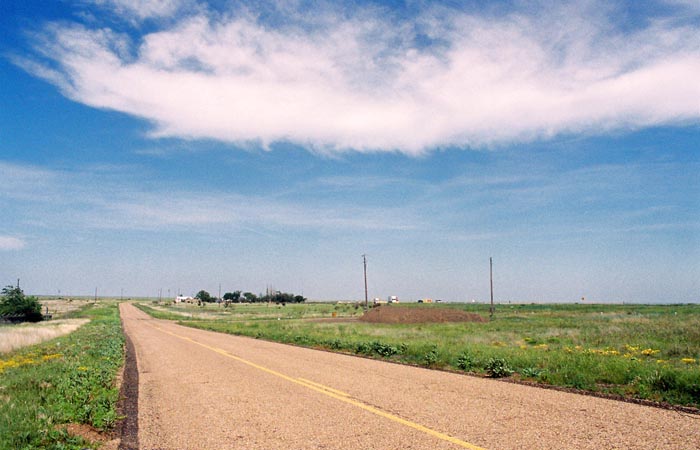 Glenrio is supposed to be a Route 66 ghost town, or so said much of the material I read. There was a block of mailboxes there, however, and fenced dogs could be heard barking as I shot photos. This looks like an old Valentine diner, but isn't, being made of concrete. It was the inspiration for the defunct Glenrio Motel, seen in "Cars." 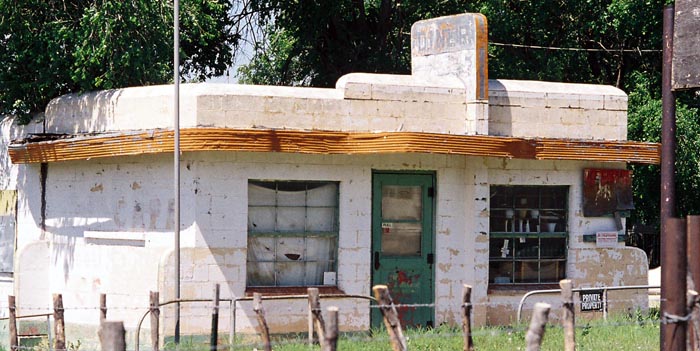 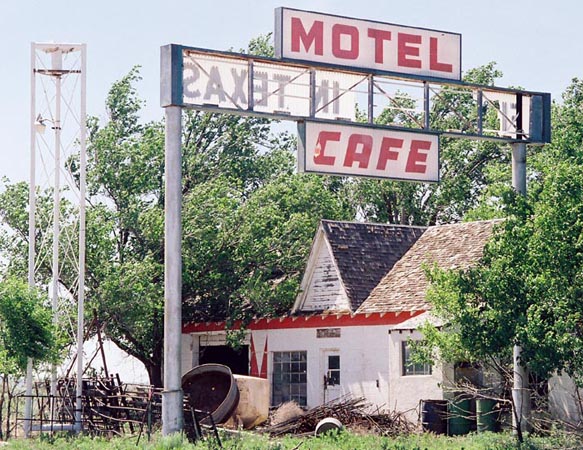 Albuquerque's stretch of Rt66, Central Avenue, is crammed with good neon. I'd shot much of it last year, but found a few more gems this time around. This neon sculpture arches over Central near the Western city limits. 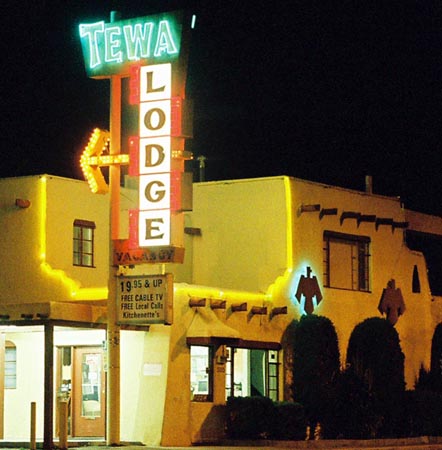 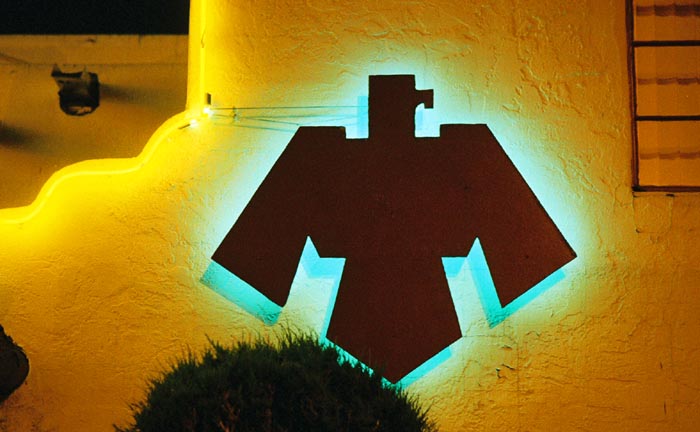 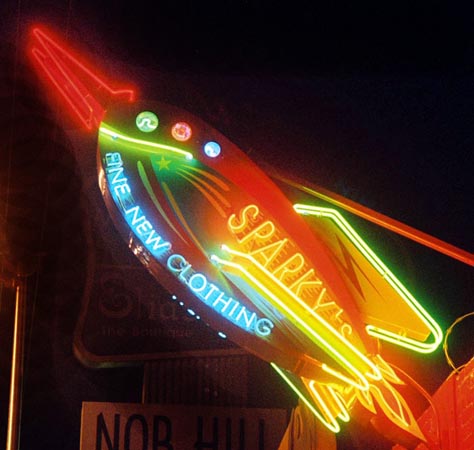 24-hour restaurants are a great find when one spends the evening hours driving and shooting pictures. The Frontier, across from New Mexico University on Central Avenue (Route 66 in Albuquerque) was more than adequate for food as well as people-watching. 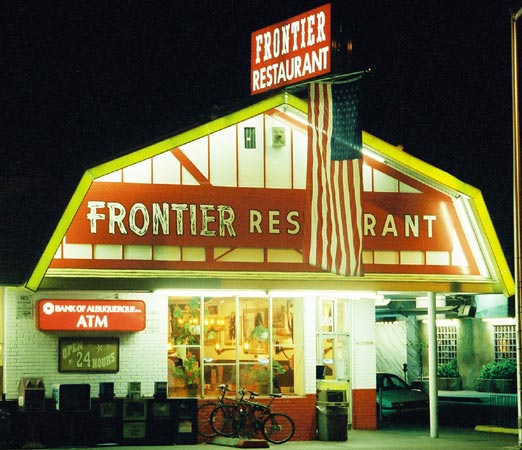 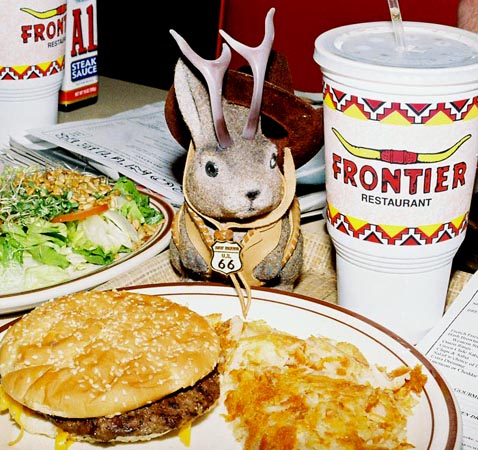