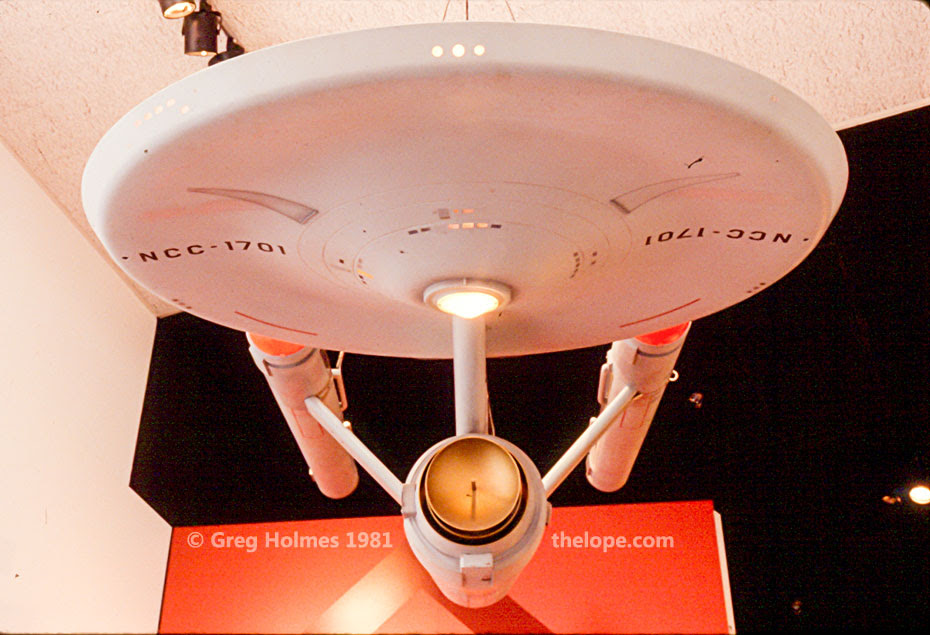 In light of the present restoration and planned re-exhibit of the eleven-foot studio filming model of Star Trek's U.S.S. Enterprise at the Smithsonian Air and Space Museum in 2016, I thought it time to share these scans of Ektachrome slides I shot of the model in the Summer of 1981. 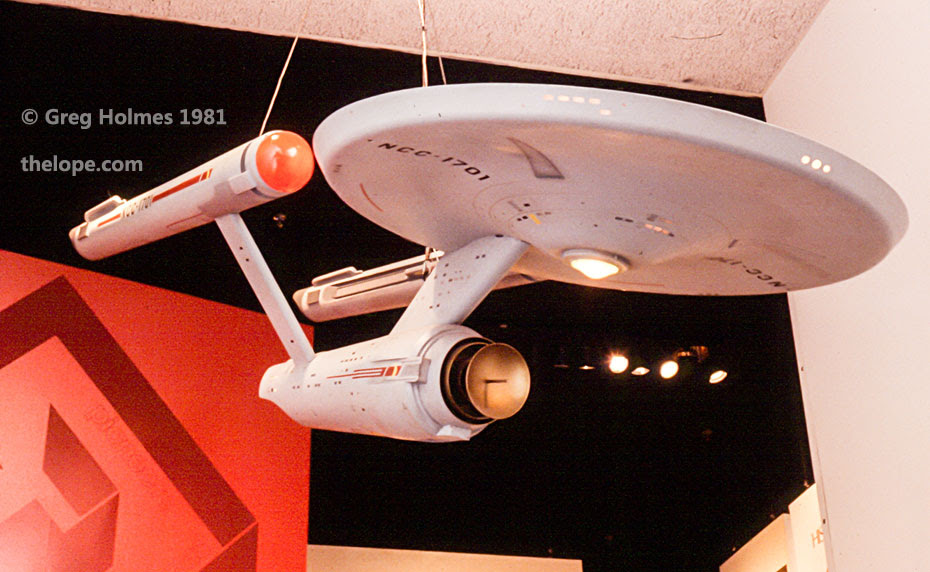 This largest (about eleven feet) and main studio model of  the Enterprise was built in December of 1964, so is already 51 years old. A few years after the show wrapped, the model was donated to the Smithsonian Air and Space Museum in 1973 and went on display in 1974 after restoration, the major parts of which involved replacing the engine nacelle domes and deflector dish which had been lost. 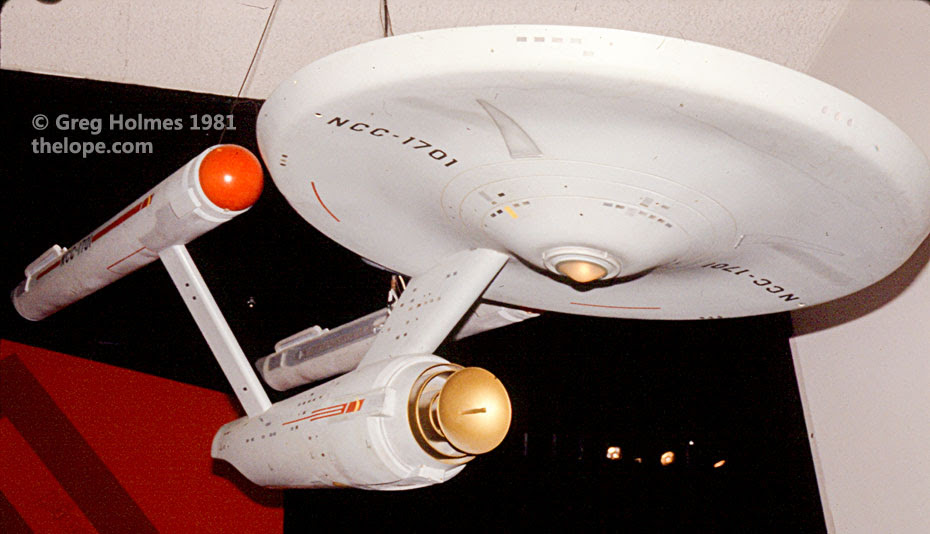 Aside from the pre-display 1974 restoration, the model has been restored twice since these photos were taken, once in 1984 and again in 1991-92. The later restoration stirred much controversy, part of which stems from lines being inscribed on the formerly smooth underside of the saucer. The top of the saucer has had the least restoration and is the closest to the appearance of the model when Star Trek was filmed. Even while the series was in production, alterations were made, the most noticeable being the domed bridge which was taller in the first pilot, "The Cage." The engine nacelle domes were also different, having once had spikes on them. This is a view with flash. 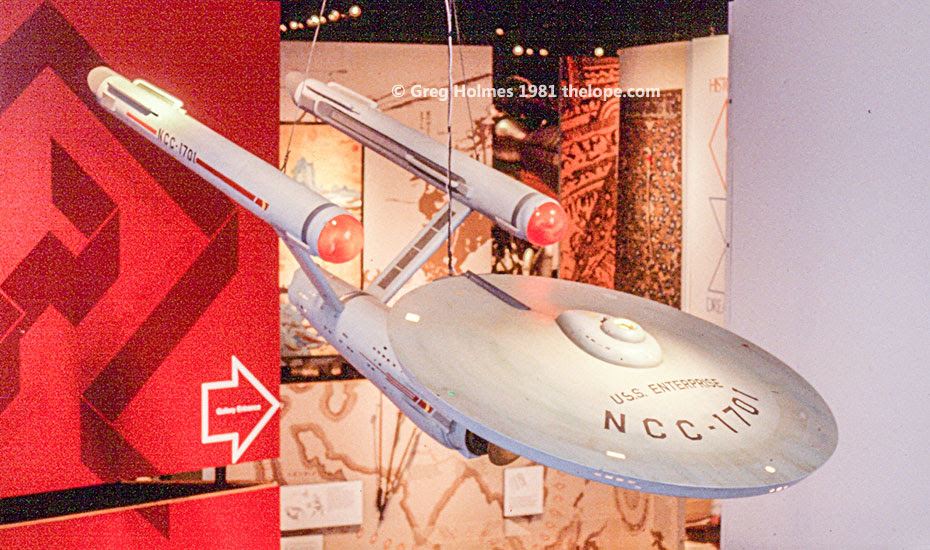 This is the same view as above, but without flash. 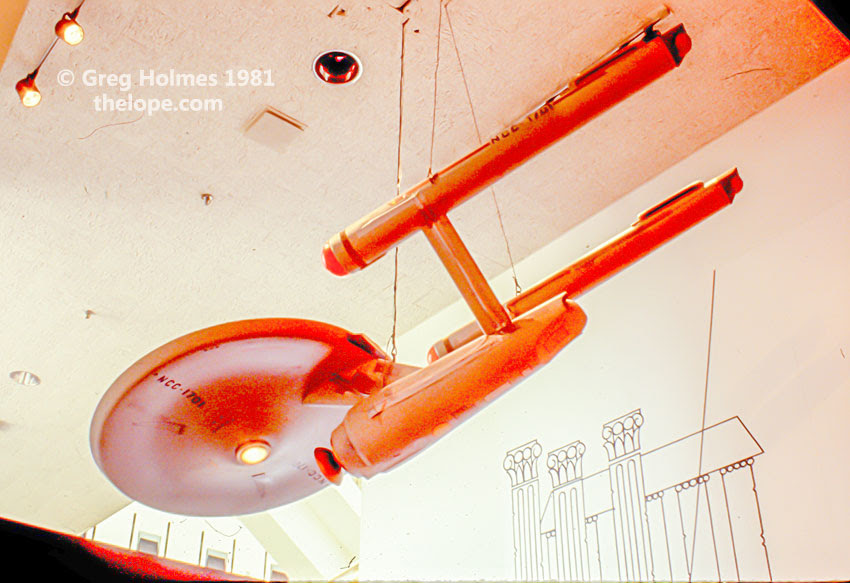 Only the starboard (right) side of the model was used for filming. The wiring that ran to the model's interior illumination protruded from the port side of the model and was taped down for exhibit purposes at the Smithsonian, as seen here. This slide (no flash) was very dark and has been lightened significantly here. The red is from reflected ambient light sources. 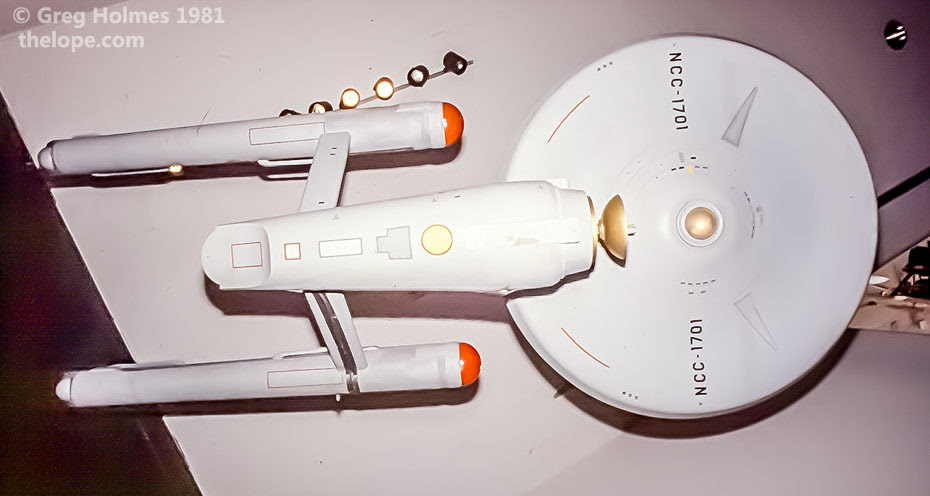 Flash was used in this shot. When I assembled my AMT model Enterprise in about 1973, I'd have loved to have access to photos like these.

There's an excellent accounting of the history of the model at Memory Alpha.

posted by Ace Jackalope at 8:31 AM