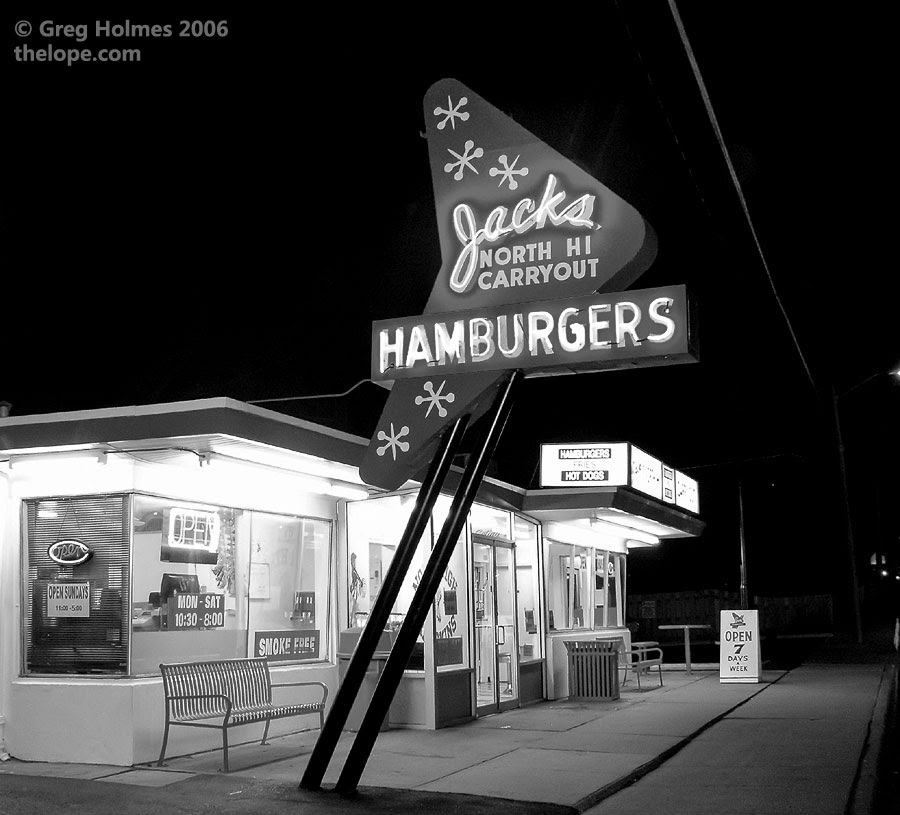 The outside sign, as well as all the interior signs I saw in 2006 indicated it was "Jacks" with no possessive apostrophe, but in the media I see it referred to as "Jack's." "Carryout" is also seen as "Carry Out."

posted by Ace Jackalope at 9:45 AM