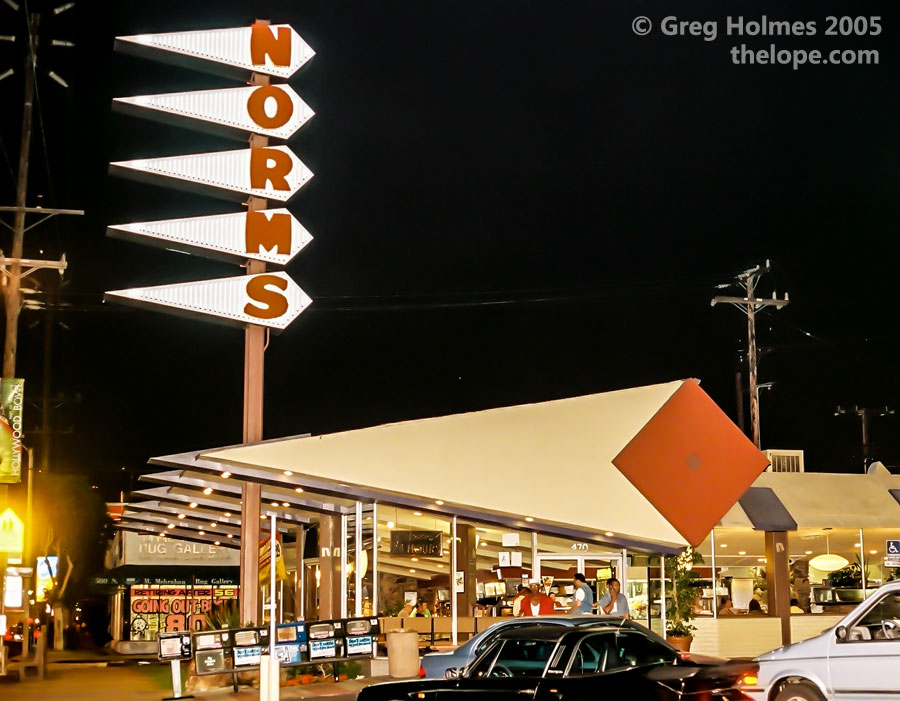 Another vintage Googie architecture gem is at risk. The new owner of Norm's restaurant on La Cienega Blvd. in Los Angeles, opened in 1957 and designed by coffee shop architecture pioneers Armet and Davis, applied for and was granted a demolition permit earlier this month.

The Los Angeles Conservancy had already filed paperwork with the L.A. Cultural Heritage Commission  to nominate the Norm's building for historic status, which if successful would offer the building some protection. The commission will hear that case today, January 15, 2015. I'll update this post with the result. 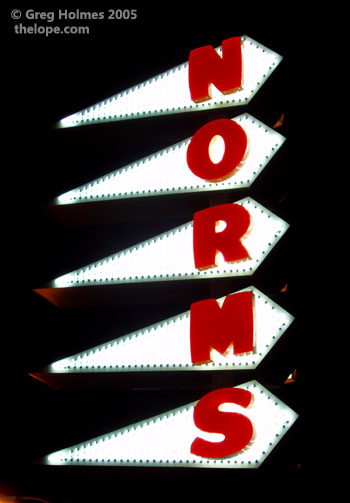 The original neon sign for Norm's is still in place. When I was there in 2005, each letter lit individually and the trapezoid-shaped sections lit in a wave pattern with individual vertical neon tubes.

"Googie" architecture refers to a style that evolved primarily in California in the 1950s and 60s because of car culture. It was influenced by that era's preoccupation with the Space Race and the Atomic Age. The name "Googie" comes from a now-defunct coffee shop in L.A. The more common current term for the style is "Mid-Century Modern."

An example of Googie influence in Kansas would be Donald's Servateria in Pratt.