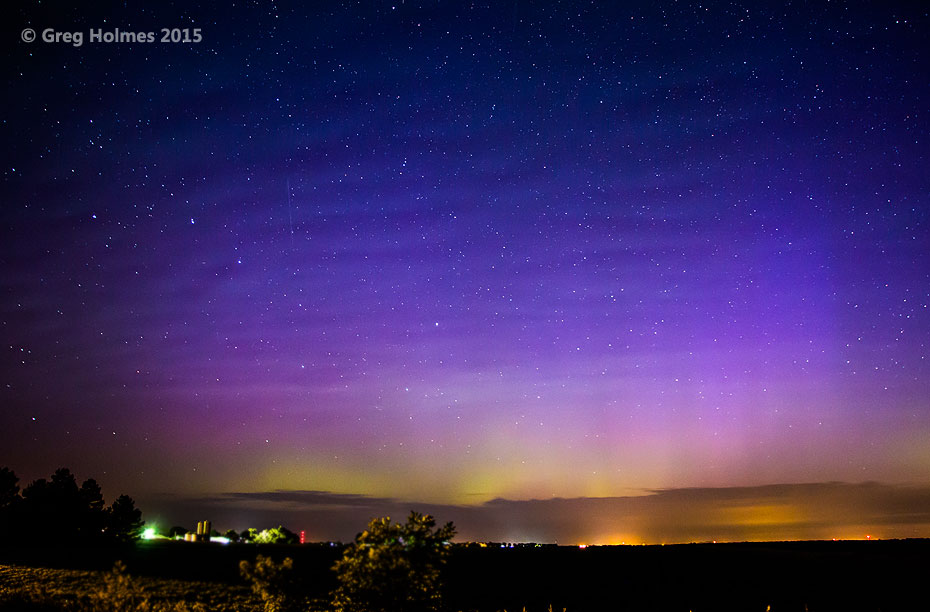 Honest, I only planned to go to Salina, KS, to map cicada species ranges - just an ordinary night.

Then, two different friends let me know there were stories online the aurora might be visible. I'd fallen for this before - driven north like a bat out of hell only to see another city's light pollution. I checked a reliable source, softservenews.com, and the Kp rating (a measure of geomagnetic activity) was 8. That was high enough to send me zooming out from under Kansas' cloud cover and into Nebraska, where I eventually stopped a bit north of I-80 just before astronomical twilight at 4:05 a.m.

It's important to note that I couldn't see this very well. The cone cells in our eyes are not so whippy at picking up color in low light. But the sensor picked it up. I think I exclaimed something when I looked at the back of the camera. The foregrounds aren't so much aesthetic choices as they are better evils since I didn't have much time. The bush in one photo hides what would have been an unfortunate light source. The horizontal striations are clouds, I think. 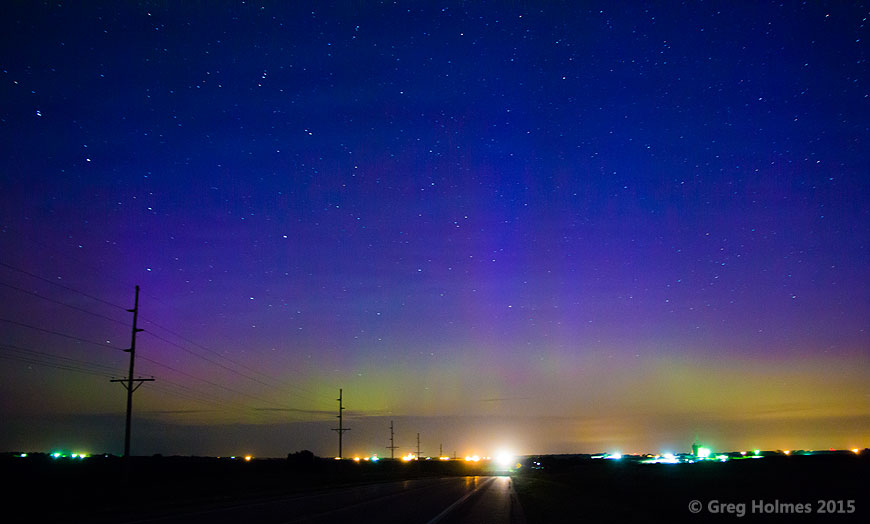 posted by Ace Jackalope at 9:09 AM