The Lope: The Big Mac Bridge 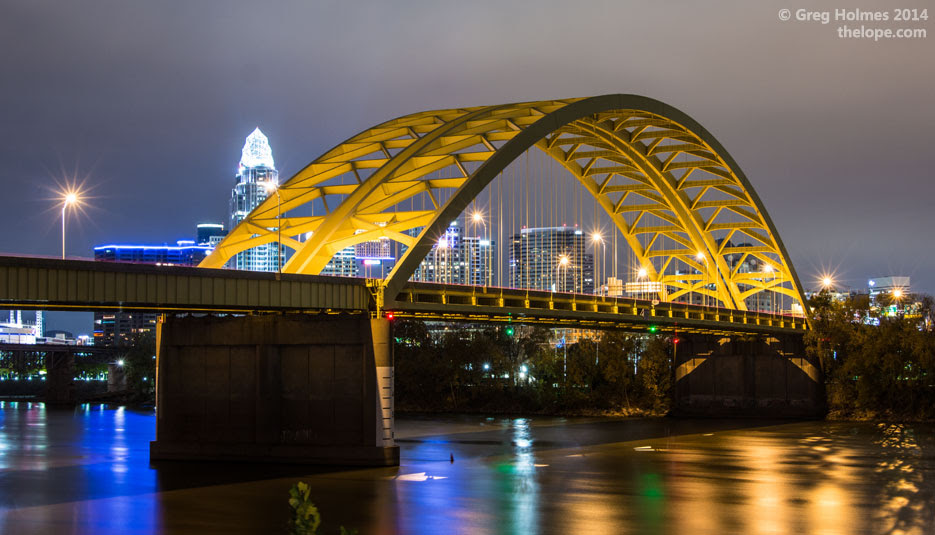 October, 2014 - While at a conference in Cincinnati, I had a chance to improve on my previous picture of the Daniel Carter Beard Bridge, nicknamed the "Big Mac Bridge." The bridge enables I-471 to cross the Ohio River and connects Ohio and Kentucky. This was shot from the Kentucky side. 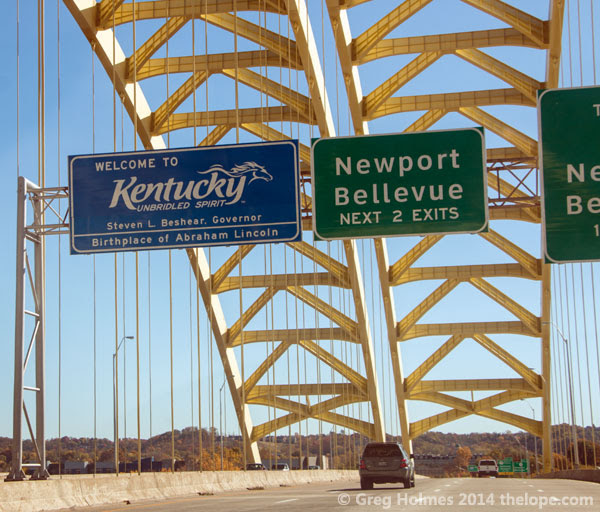 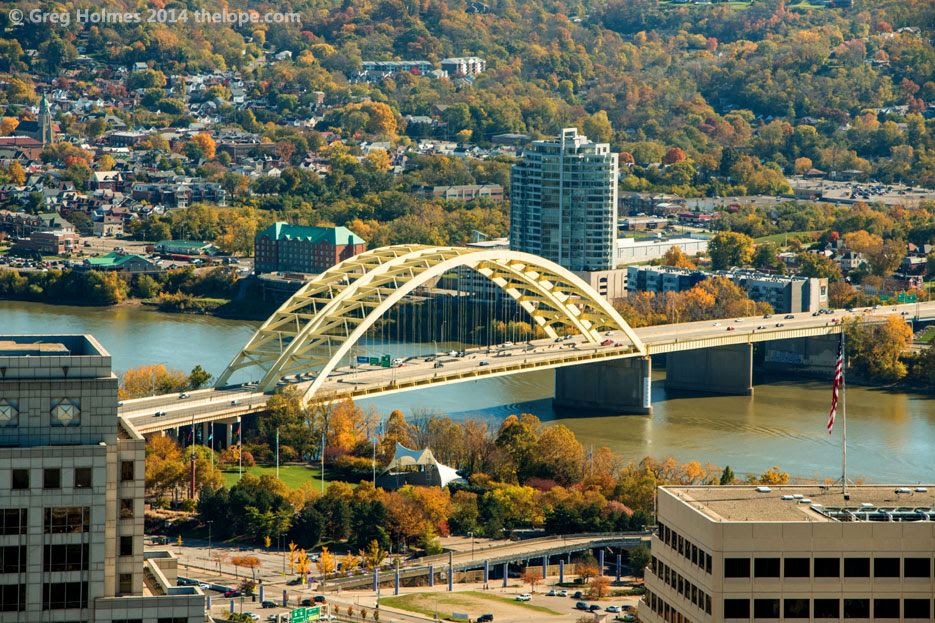 I discovered the Hilton Cincinnati in Netherland Plaza has an observation deck on the 49-story Carew Tower. I seem to remember it costing a couple or so dollars and you'll be asked to leave all bags in the little office where you pay, but the 360° view was worth it. For pictures of other Cincinnati bridges see Bridging the Ohio in Style from 2006.

posted by Ace Jackalope at 3:57 AM