The Lope: Orion and the Star of Fredonia

Orion and the Star of Fredonia 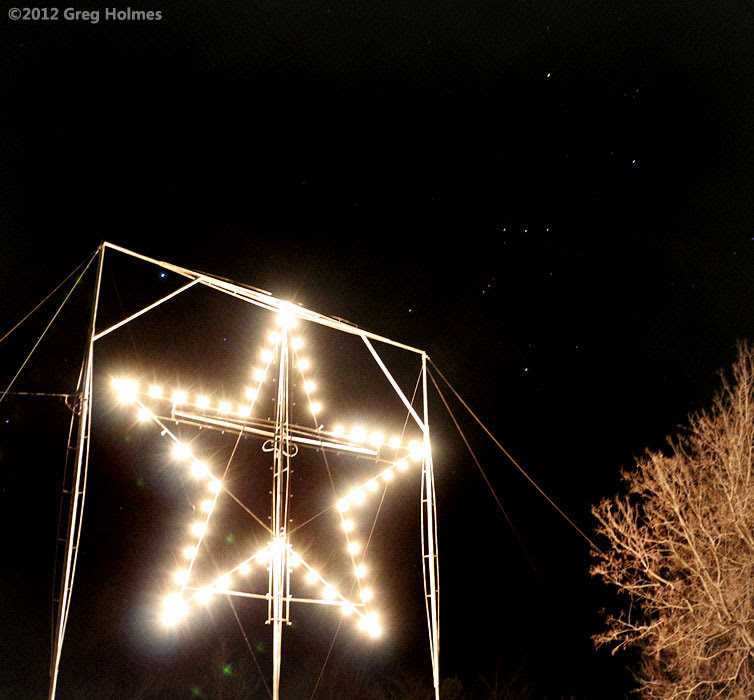 I'm enamored of the giant man-made Christmas stars that once shone over towns across the country and are now fading. In particular, I've noted the Star of Fredonia these last few years. On the clear and cold night of December 13, 2012, I had a chance to shoot it with the constellation of Orion the hunter above.

The Star rests atop Fredonia's South Mound and is visible over much of the city and from hwy 400. Here, it is seen from the square on December 23, 2012. 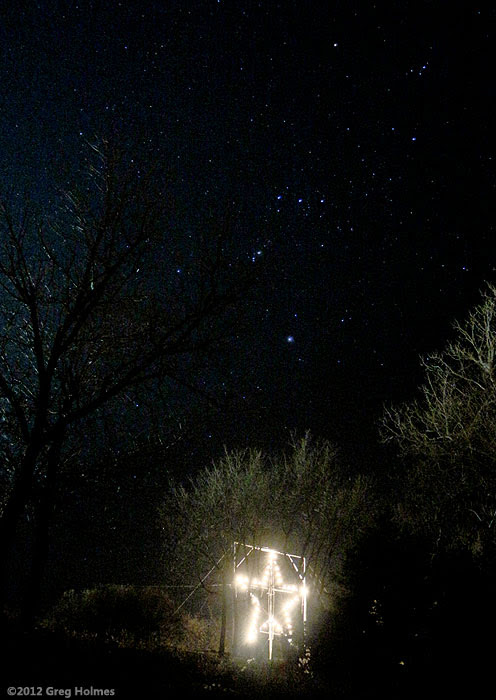 The star is over a half-century old, having been placed there in the early 1950s. 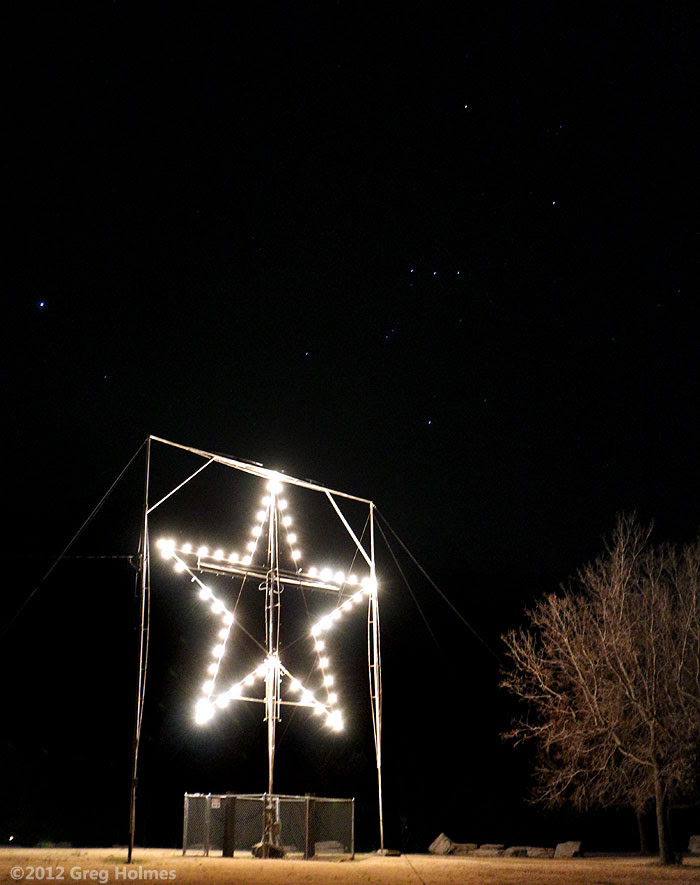 Different lights within the frame can make the star double as a cross at Easter time. A motor rotated the whole thing until 2008 when it gave out. I am told that parts have been difficult to find. 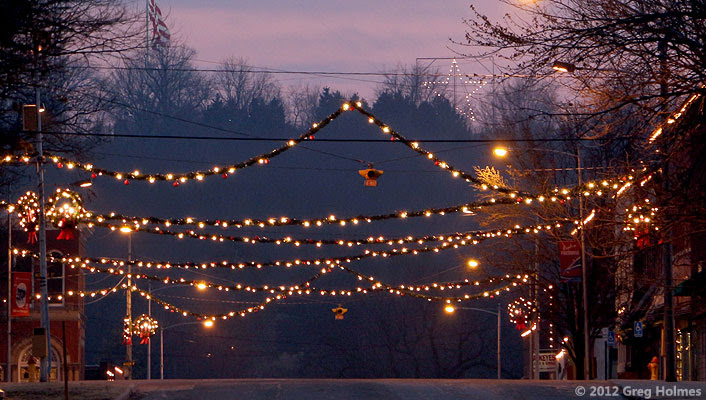 posted by Ace Jackalope at 5:58 AM