The Hutchinson, Kansas, Holiday Parade starts tomorrow at Avenue B and Main and proceeds north. It starts at 10am. 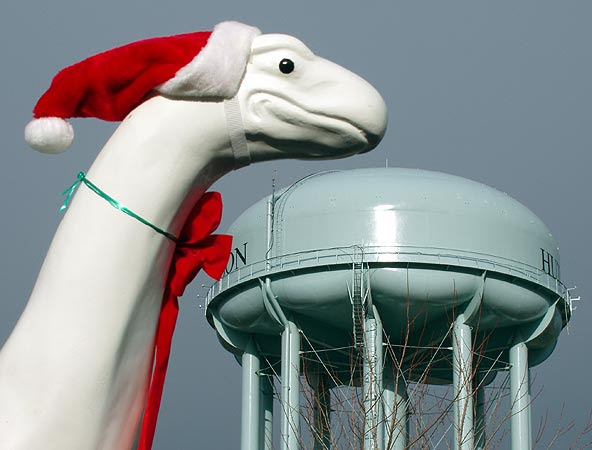 We've had a lot of fun over the past few years trying to bring something a little zanier to the parade. In 2005, friends and I brought Clarence the Christmas Dinosaur. 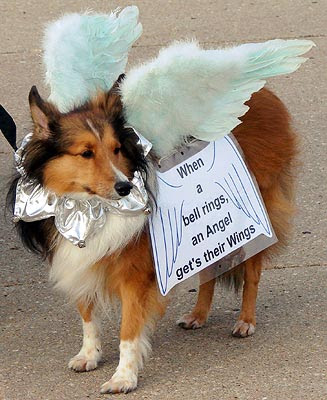 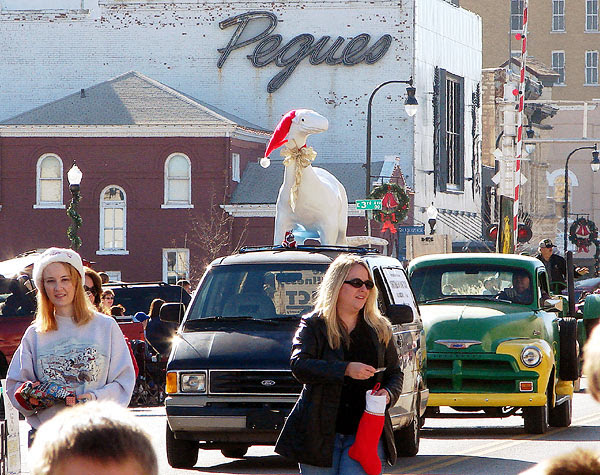 In 2007, we looked at the signs along the parade route in Parade of Neon 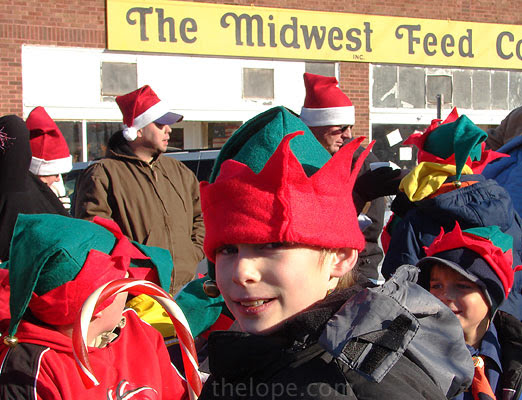 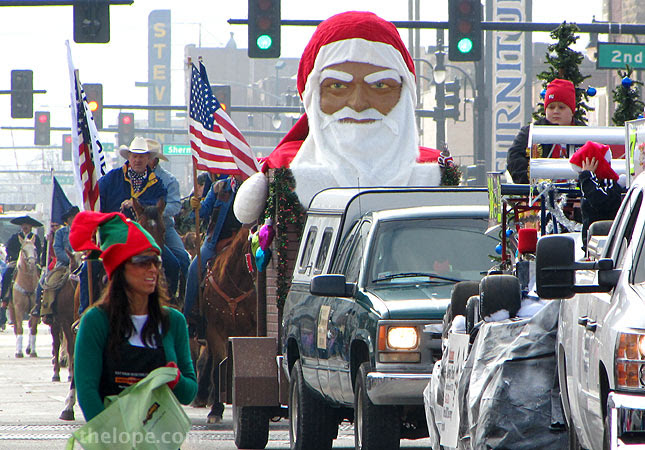 In 2009 we set loose a different fiberglass roadside attention-getter when we dressed the head of a muffler man as Santa.