The Lope: To a Different Road

To a Different Road 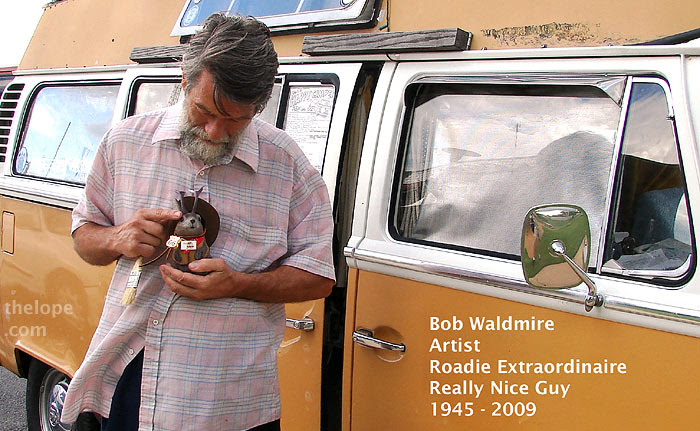 It was a natural gesture of affection for artist Bob Waldmire. I doubt he even thought about what he held in his hand really was or really wasn't, but he petted and stroked Ace as if the jackalope was a warm and furry creature encountered somewhere along his beloved Route 66. 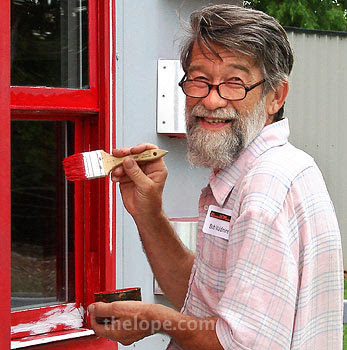 It was my pleasure to run around a bit with Bob in 2007. Read about that, here. 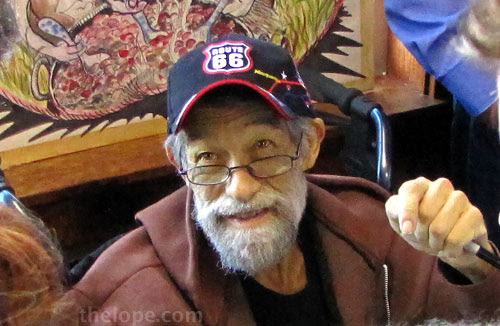 Bob was diagnosed earlier this year with colon cancer and died (peacefully, I hear) yesterday morning. This photo of him is not quite a month old, from "Bob's Last Art Show" in Springfield, Illinois. The catch line for that show was "Come as you are, leave different." In ways subtle and not so subtle, those of us who encountered Bob did in fact leave different, and better. 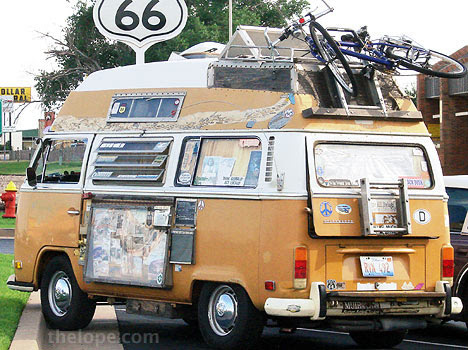 It's a tribute to his personality, I think, that something for which he was so well known - his van, which served as the inspiration for Filmore in Disney/Pixar's 'Cars' - seems like a minor footnote today. In fact, I'd forgotten about it until I'd almost hit the publish button.

What a fine tribute to your friend. I never met him, but feel the world is a sadder and colder place for his passing. We need more kind and colorful people, not fewer.