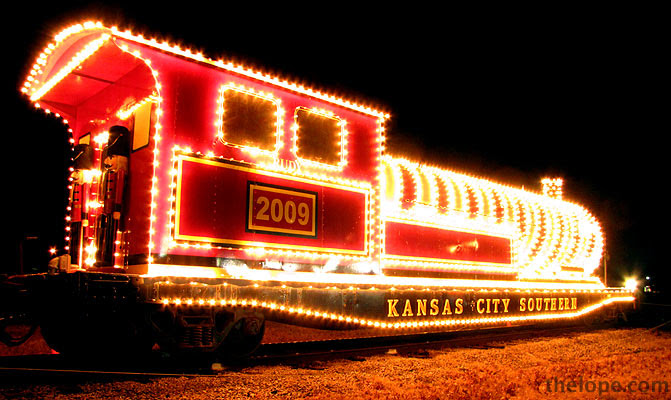 I caught up to the Kansas City Southern Railroad's Holiday Express train in Pittsburg, Kansas, near the end of its 2009 run. Read all about the train (and see me in green) in Memoirs of an Elf and Christmas Leftovers 2008.


Here's a video I shot last year of the engine and the flat car with Santa's sleigh and reindeer. It looked almost the same this year: Except that this year they'd given Rudy the engine a red nose. 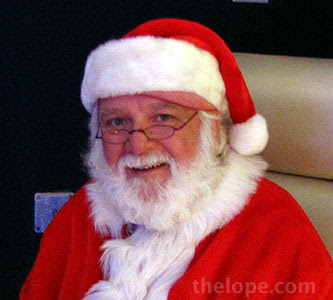 Of course, Santa was in the train listening to the wants and wishes of kids. Ahh, what major toy companies wouldn't give to be in on olé Kris Kringle's massive market research! 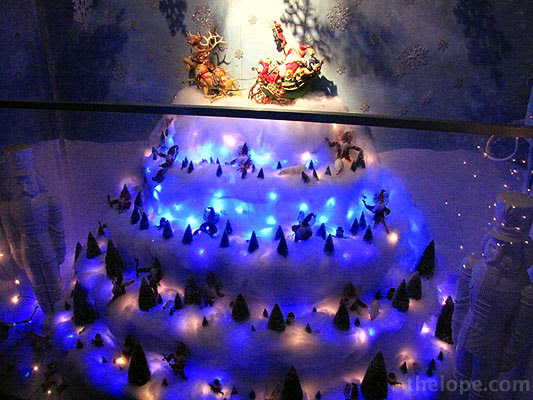 Some of the decor inside the train had been enhanced this year, such as the snow in this display.


Here's a video of part of the interior. It ends with detail of a mural in which you'll see a cat that was supposed to be an owl, or so I'm told:


Part of one of the cabooses is filled with Santas: 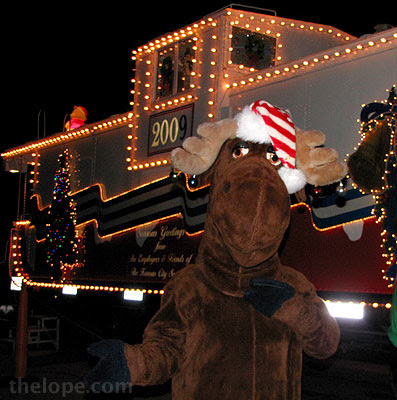 And there was a new mascot - Mortimer the KCS moose. Before you ask, I really have no idea where he came from...friendly, though...friendliest moose I've ever met on a train.


There were two model train layouts in the box car. Here's part of one of them. It features a model of the Southern Belle in its previous paint scheme. The Southern Belle is the KCS executive train that actually pulls the Holiday Express:


I didn't get to see the Southern Belle this year, but I did shoot some video last year that I haven't published until now. Here's The Belle, led by its vintage streamlined F-9s as it pulls out of Noel, Missouri, on December 7 of 2008:

My brother and I paralleled the locomotive for awhile between Noel and Joplin. The video isn't great, but admirers of "F-units" will enjoy the horn:

And here's the Belle blasting through a crossing:

I didn't have time to be an elf this year, but I missed it. The call of elfdom is strong in my blood, and next year I shall heed that call. I'm told I look good in pointy hats.