The Lope: Montgomery Gentry at the 2009 Kansas State Fair

I'm not a country music fan, but when tickets to the 2009 Kansas State Fair grandstands shows went on sale, friend and fellow blogger Patsy Terrell suggested we see Montgomery Gentry.

Neither of us were fans, but the last time we went out on a limb and decided to see a show by a group we weren't really into, it was Air Supply and we had a blast. Who'd a thunk it?

So, off to the fair we went this past Saturday. For me it was my first fair event since I'd been out of Hutchinson Friday and most of Saturday. 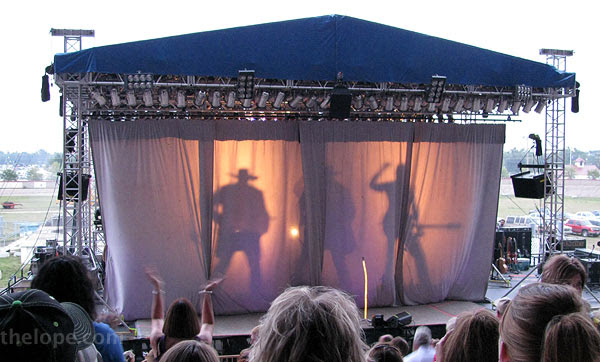 The shadows behind the curtain were a good touch and reminded me of Alice Cooper's opening on at least his last two tours. Of course Alice was acting out an atmospheric Jekyll and Hyde murder in silhouette. I don't think country singers do that sort of thing, so that would be too much to hope for. 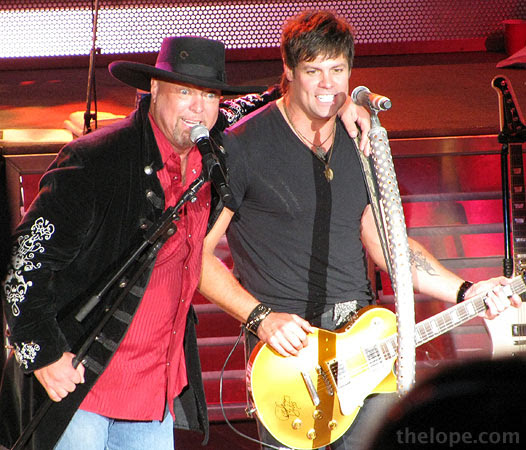 That's Eddie Montgomery on the left and Troy Gentry on the right. 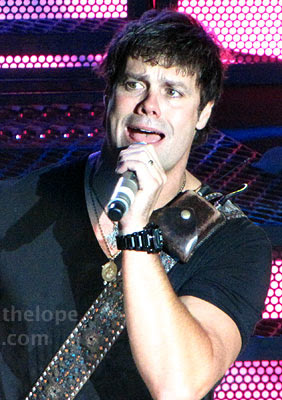 Troy Gentry seems to be the talent of the two. He plays the guitar and sings. 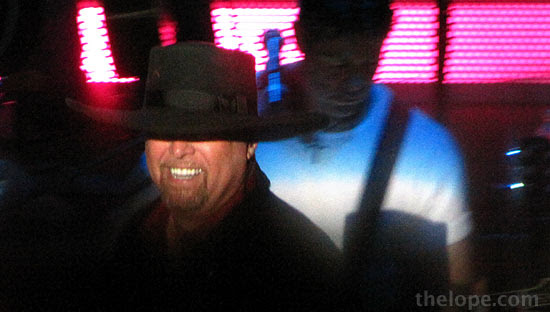 These guys have really, really white teeth - the kind we are not really equipped with by nature. Montgomery spent a lot of time walking back and forth, connecting with the audience. He sings, but it's pretty clear that he's the showman of the two.

Here are a few more for you Montgomery Gentry fans: 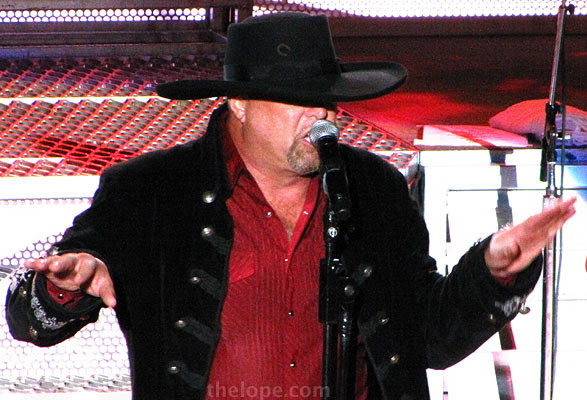 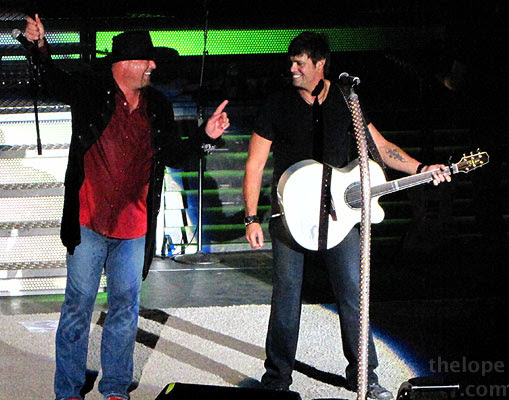 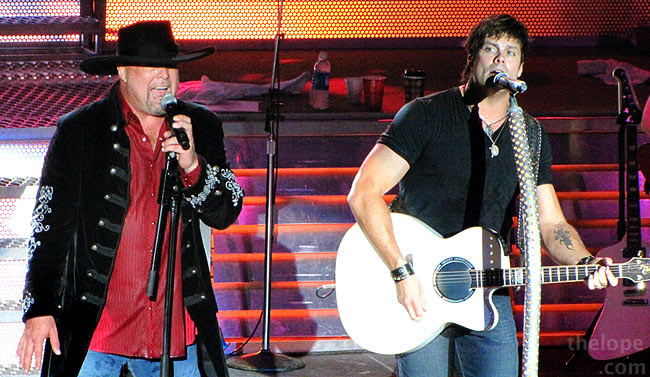 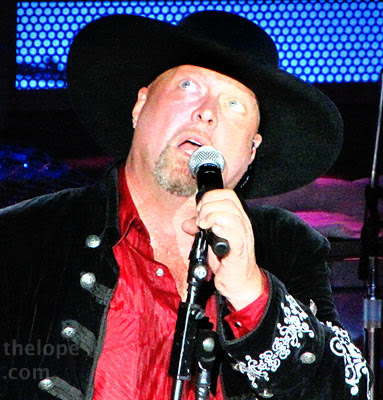 For more info on their tour, see their website.

posted by Ace Jackalope at 1:16 PM