The Lope: The Cross of Fredonia

The Cross of Fredonia 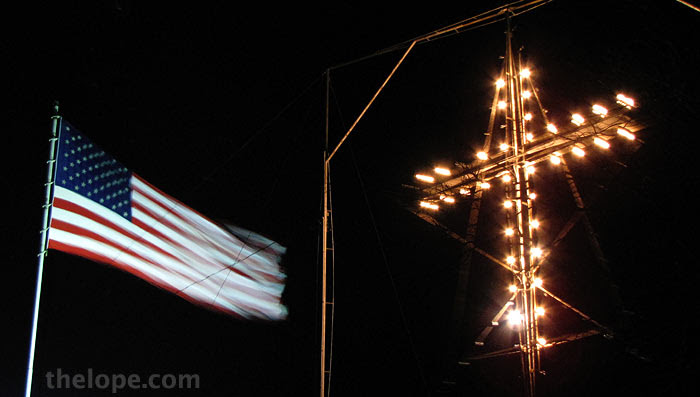 For the past few months I have been touched by the reader comments added to a post I published in late 2007, Star of Fredonia, which shows the 50+ year-old rotating electric star atop a hill in that Kansas town. The "kisses and tears" readers tell of are the flesh to the skeleton of mere facts and images I provided.

So, here's one more for Fredonia: the large electric framework that displays a star at Christmas-time holds the cross of Fredonia during Lent. 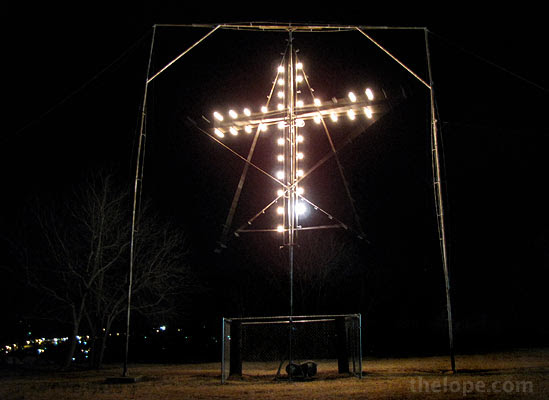 It's very contemplative, somehow, to spend time atop that hill accompanied by the drone of the motor joined only by the flapping of the much more recent 40 x 60 foot flag in the almost ever-present wind. 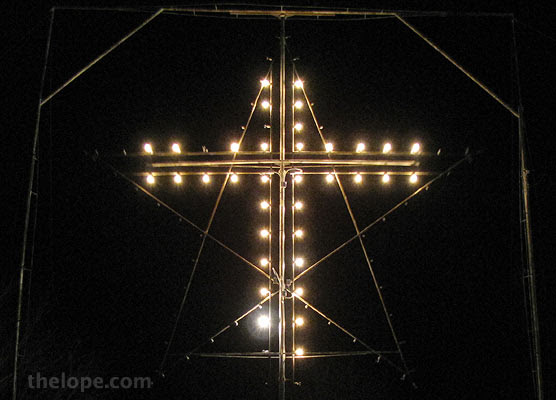 You can see how the frameworks for the star and the cross coexist.

And now, a video: