The Lope: Jingle the Bells Slowly and Fade Out

Jingle the Bells Slowly and Fade Out 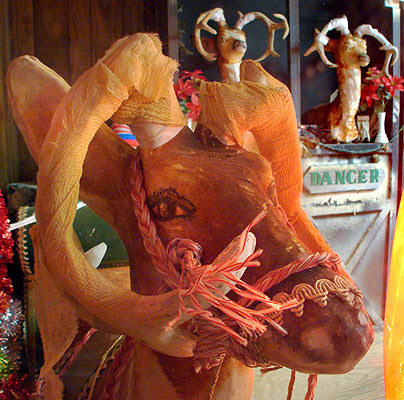 This particular display has graced Joplin, Missouri, for over 25 years. It's on South Schifferdecker Avenue between 26th and 32nd streets. 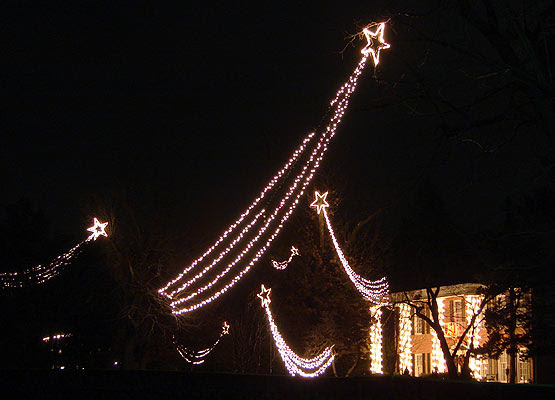 I hadn't ever seen this one before. The array of about ten stars with trails hovers over the grounds of a house on South Colonial Drive, bordering the eastern edge of the Joplin Regional Airport. 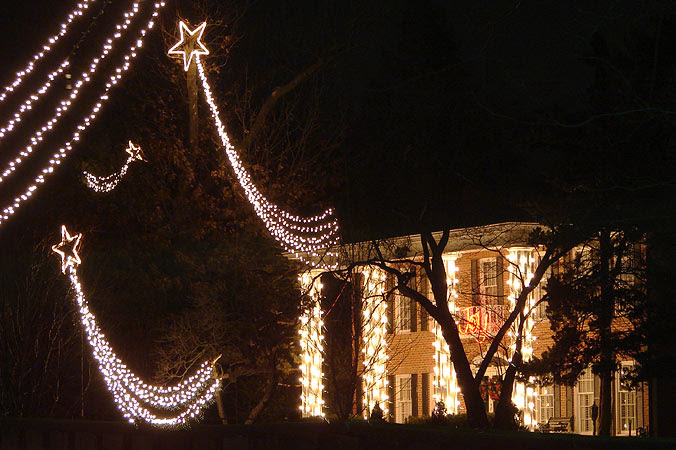 This house is just to the south of the one above. It's on the northeast corner of highway 171 and South Colonial Drive.

Our last display is a special one. From a distance, coming north on Kansas Highway 400, shortly after exiting at I-44, you know you've found something big in this rural display near Baxter Springs, Kansas. Christmas Corner, the locals call it - and it's been here in some form since 1968, according to a Joplin Globe story by Melissa Dunson. 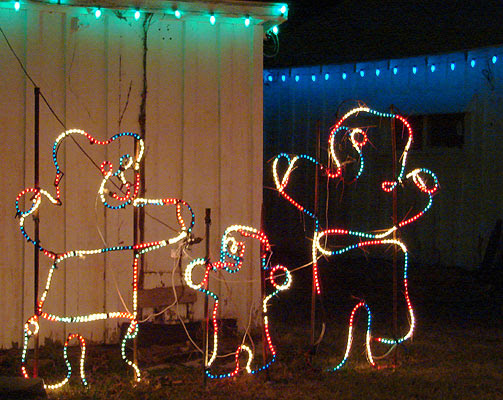 Despite the apparent frivolity, this is a bittersweet display that was unplugged - probably for the last time - just a few days ago. We had the chance to see and photograph it after Christmas. The display was the ongoing Yuletide passion of the late Gladys Murray, who died of lung cancer this past June. She asked her children to run the display one more time after her death, so that her three new great-grandchildren might see it.

Many parts of the display had personal meaning for Gladys and tragedy plays out in some of the wattage. The sled pays tribute to her grandmother's childhood in Nebraska. The blue angel at far right memorializes her daughter Marquetta Murray, who died of cancer in 1995. 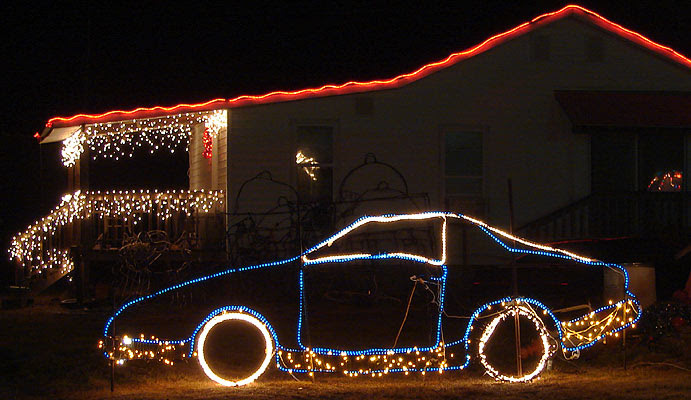 The blue Trans Am outline is a tribute to Gladys' grandson, John Sears, who died in a 1996 car accident.

But it wasn't all sad. The gem of this display is the reindeer stable located in the glass-fronted building Among the modern blow-molded interior-lit plastic pieces are some older ones, like this elf, made by (I believe) David Hamberger Display Company, which was bought by Center Stage Productions in 2005. I've seen literally hundreds of this design of elf, dating back decades; they were almost always part of an animated display and some part of him would have been motorized. Window display veterans tell me they are made of vulcanized rubber and that accounts for them being prone to cracking and decay, as seen in this elf's left hand. 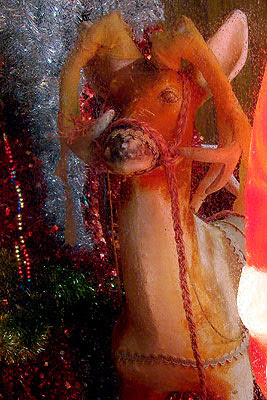 I believe David Hamberger also made the reindeer. This was the only full-bodied one on display. The back of the small building houses eight reindeer heads poking out of their stalls. I didn't realize the influence of the poem, The Night Before Christmas, until I saw reindeer displayed out of that poem's order of names. I haven't seen this much vintage stuff in one place since the last time I saw Mike Babick's display in Prairie Village, Kansas. The reindeer had seen better days, but I was glad to be able to photograph them.