The Lope: Like you really wanted to see more ice photos...

Like you really wanted to see more ice photos... 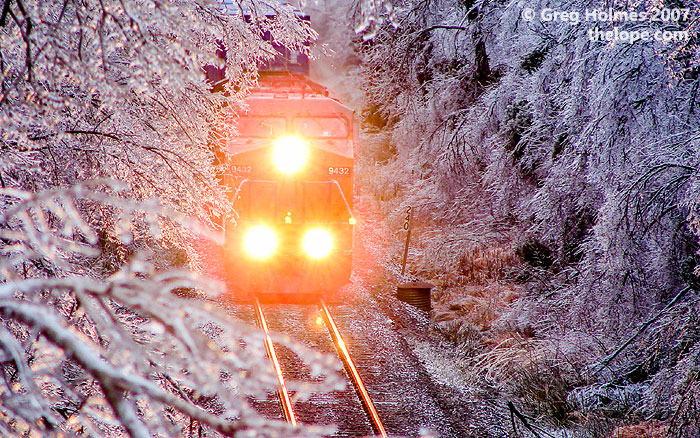 Night before last (Wed, Dec 12), I spent a couple hours on the 43rd Street bridge north of Hutchinson, Kansas, overlooking the Union Pacific track. I was hoping to catch a train going either direction in the ice-shrouded trench below. Just as I really had to leave, this northbound train slid through the deeply shaded icy blue, just at dusk.

Late that night, I went driving with a very discontented friend, whose power is still out. She'd been told crews were working around the clock. We counted 48 power company trucks in the lot of the Grand Prairie hotel and convention center. 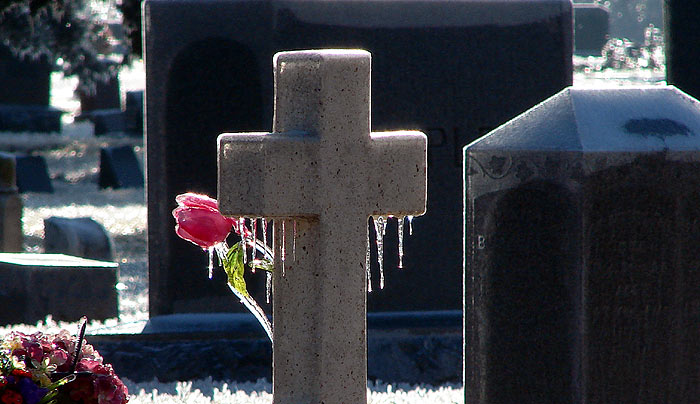 Who wouldn't check out their local cemetery after an ice storm? This is Eastside Cemetery in Hutchinson, with which I've had winter fun previously. This was Thursday morning. 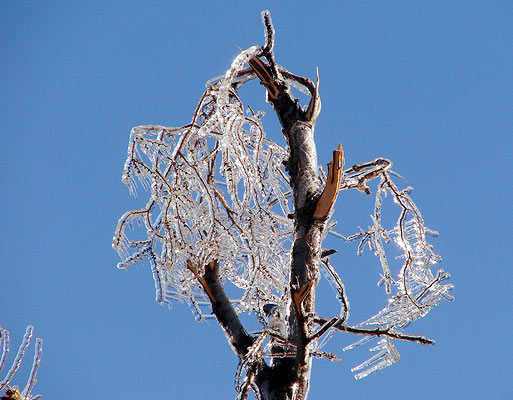 The sun had come out, and for a change, the background was blue instead of gray. 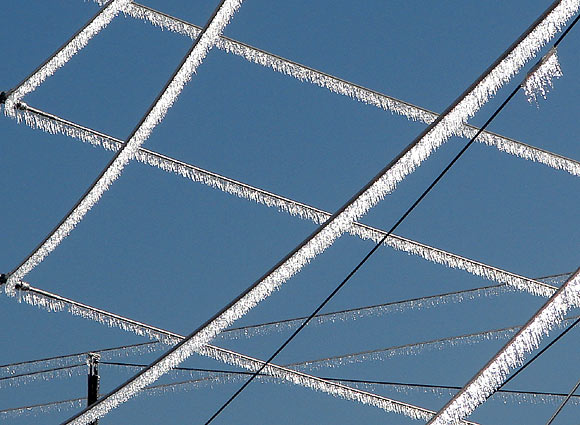 I feel almost guilty about this...almost...but I kind of hate to see the ice melt away so soon. I just want the power workers to restore everyone while I go around appreciating the beauty of what a simple weather phenomenon can sculpt. 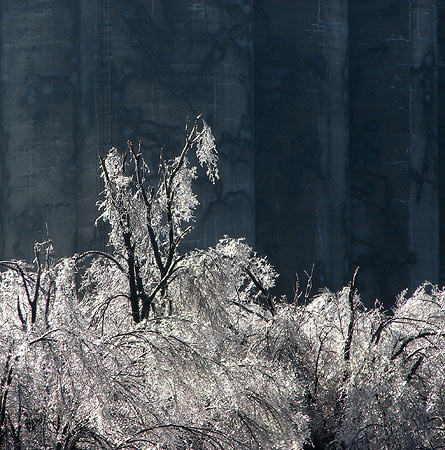 This tortured tree might feel differently. That Orthanc-like wall behind it is a grain elevator along K-61.

I left Hutchinson on a there and back again mission yesterday to see a train. On my way out of town, I found myself under power lines with melting ice and could move neither forward nor back. I started recording just in case and, wouldn't you know it. The car was not scratched or dented. 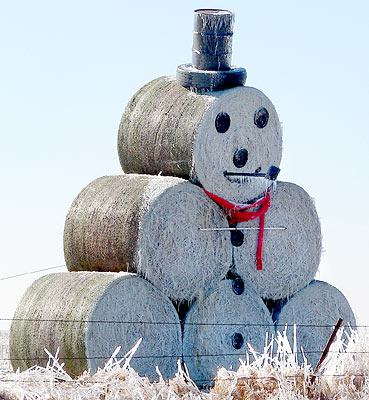 Along Kansas highway 56, east of McPherson, I encountered this hay bale snowman, complete with barrel and tire hat. maybe I'm growing simple in my middle-age, but I'm appreciating these hay bale examples of holiday decoration more and more. 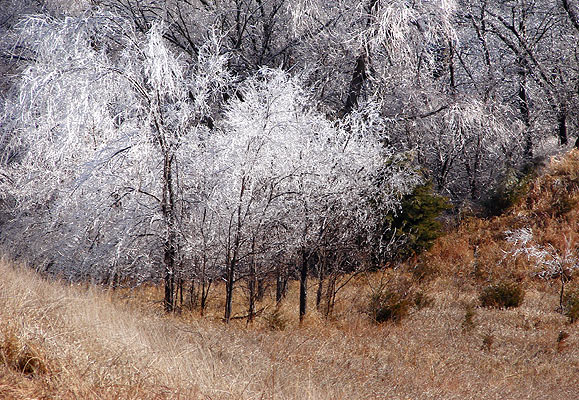 As I headed east and the sunny day progressed, ice continued to melt over a landscape that had less of it to begin with. These iced trees looked somewhat exotic when rising out of an iceless prairie. 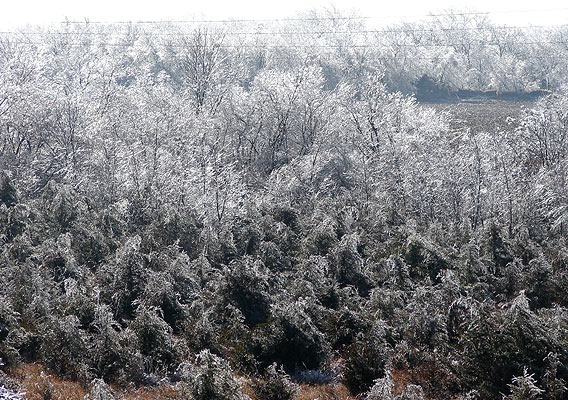 And just how much water is locked up in all that ice? A lot, I tell you. If there's a bright side to this, think about the water table.

Hutchinson, Kansas, already hard-hit by this week's ice storm, sees the beginning of a storm that is forecast to dump as much as ten inches of snow on top of downed power lines and tree limbs. Areas that did not get direct sun yesterday still have ice-laden trees and power lines; a problem the snow will only exacerbate. Here. shoppers leave the Hutchinson Mall parking lot about 45 minutes after the snow had started about 3:15 PM.

Yesterday's sunny weather melted much of the ice, leaving de-iced limbs everywhere. The roads wasted no time in becoming a bit slick.

I begin to weary of frozen water. Of course...I really should go out and look for snow pics. Yeah.

Bet all those power company employees were excercising their elbows in the hotel bar.