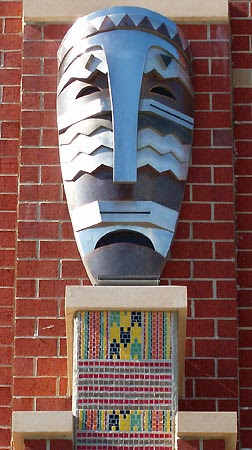 I was just looking at a calender and noted that February is Black History Month. Deciding to run a bit ahead of schedule this time, I'm publishing some photos with a local African-American history connection. 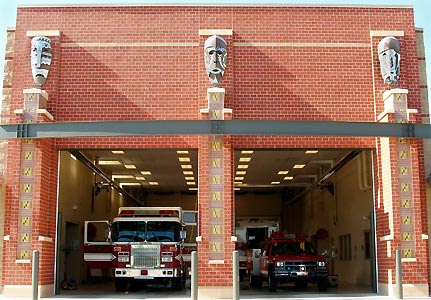 Fire station #10 in Wichita, Kansas, was renamed "Charles Shoots" station in 2004 after the first African-American hired by the Wichita Fire Department. 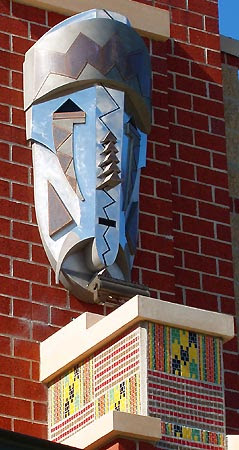 Several of Wichita's fire stations have unique decorations but # 10 at 21st St. North and Chautauqua is my favorite because of its tribal theme. I suppose the inclusion of any sort of exterior doo-dad to dress up a building is similar to the practice of putting dingbats on plain boxy apartment buildings back in the 1950s and 60s. 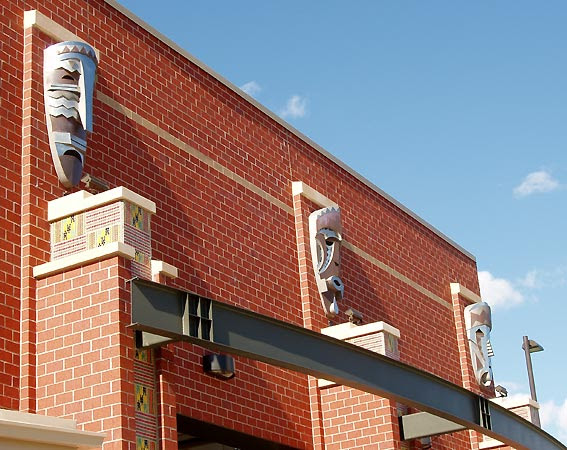 When I first saw this building from a distance, I thought maybe those were tiki masks. Nope. African. 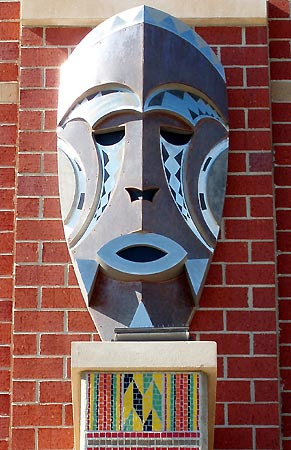 Of course, I think they'd look even cooler with red back lit eyes and smoke machines spewing out their mouths, but I suppose smoke coming out of things loses some of its entertainment value if you're a fireman.