The Lope: Sleeping Under a Blanket

Sleeping Under a Blanket 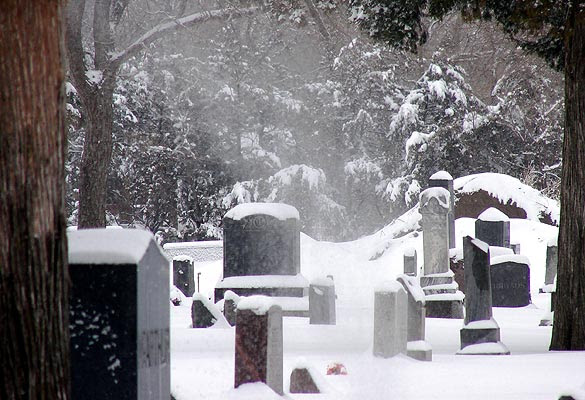 Eastside Cemetery, the oldest cemetery in Hutchinson, Kansas, lies under a white blanket after a storm deposited 7" of snow this past weekend. I explored it a bit Monday morning after the snow had stopped falling. It was completely silent, save for the sounds of wind, creaking branches and the occasional fall of snow from the trees. 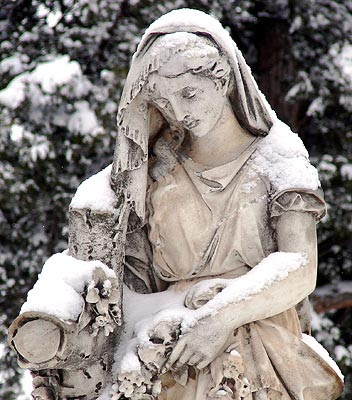 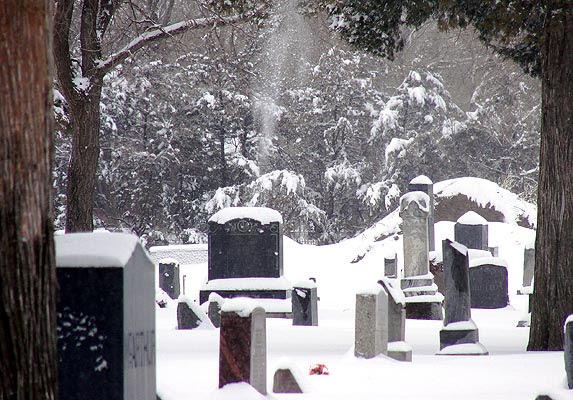 A sprinkle of snow drifting from trees overhead suggests the shape of a ghost.

Tree branches, bent under the weight of snow, reach for the ground and the graves. It was nearly monochromatic here, nothing but cold stone, white snow and deep shadows.