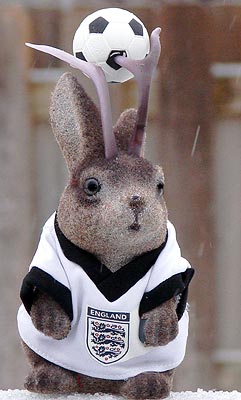 Temporarily ice-bound in this Midwestern storm, Ace read a story about how British soccer icon David Beckham is coming to play for a US team, the Los Angeles Galaxy. Wondering if he might enjoy the sport, Ace discovered two things:

2. Antlers would not be a great asset. 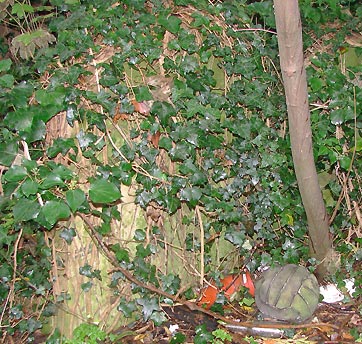 It's not the first time I've seen a ruined or lost soccer ball. This one found a quiet and dignified place to rest by a tombstone in London's Highgate cemetery, having probably been kicked over a nearby retaining wall. I looking into the design history of soccer balls and discovered that this one is an older design and predates today's "Buckyball."

This is a Buckyball, and it represents one of those delightful times when peoples' different interests meet. If you like 20th-century architecture, you've seen the geodesic domes designed by American architect Richard Buckminster Fuller. If you're into roadside attractions you may have seen a few of these, like the one at Meteor City, Arizona. The Buckyball is a soccer ball designed by Fuller himself of 20 hexagons and 12 pentagons. I shot this one floating down the Thames River in London while we waited to board a river tour last October. 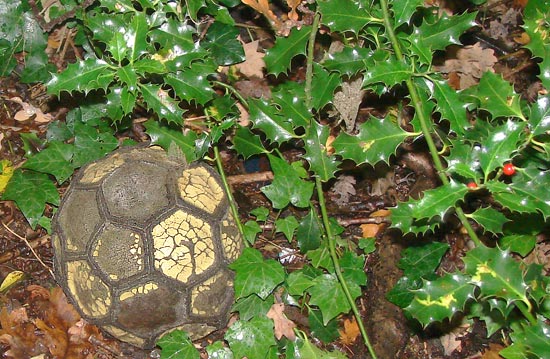 A couple days later, I happened across this deceased Buckyball at rest in the holly of Highgate cemetery. It was just a few feet from the other one; they were so abundant among the decrepit tombstones in one area that I stopped shooting them. (My apologies to my British readers. Yes, I know it's called "football" where it holds sway.)


Because the soccer balls were shot there, this has been a small installment of