The Lope: Ice to Snow

A week of ice in Joplin MO was over, and it was time for a change of scenery - sort of. Ace and I set out Saturday morning for Hutchinson, KS. I'd been wanting a snowy train shot for awhile but this was the best I could find en route - a Union Pacific diesel "pusher" at the end of a KCS train southeast of Pittsburg, KS. I thought I might have a couple more chances at train shots since I'd timed the trip to arrive in "Hutch" before an impending snow storm. 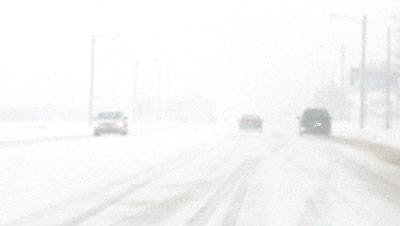 It didn't work that way. Why do I ever trust forecasts? Indeed, the snow was so heavy at times that I forwent my usual (and questionable) practice of taking somewhat carefully composed photos while driving. The autofocus didn't quite work on this one; it was dicey enough that I didn't check it or try again. 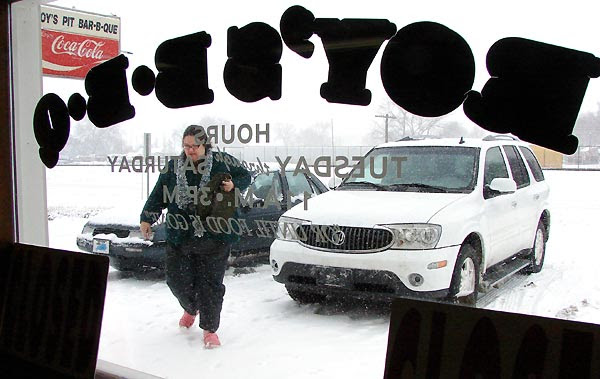 After 5 hours of driving, four of it in a snowstorm with spun-out cars on either side, we finally arrived in Hutchinson. Did I go home and check my house first? No. I called the friend you see walking in the snow and headed to Roy's BBQ. 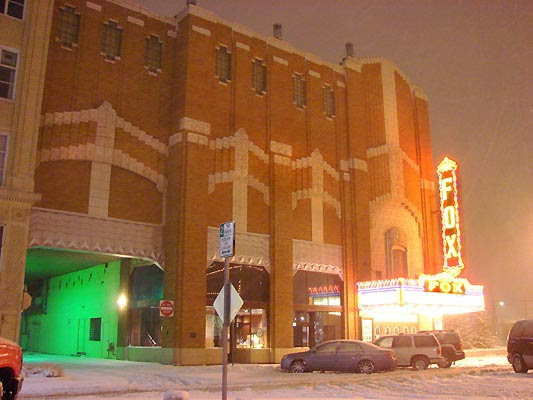 Saturday night, as it continued to snow pretty hard, Hutchinson's fabulous restored art deco Fox Theater was showing Al Gore's "An Inconvenient Truth." Even in the snowstorm, over 100 people showed up for the film, a documentary on global warming. 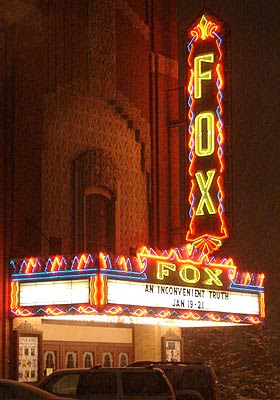 The film was particularly appropriate because Hutchinson had declared this to be "Global Warming Awareness Weekend." I saw the film when it was shown again Sunday at 2PM and was impressed with it. Attendence figures were pretty good - about 700 for the weekend. The Kansas State Climatologist spoke after the film, and mentioned that although the average temperature in Kansas has not gone up appreciably in the last few years, the average winter temperature has, which can lead to ecological problems such as an abundance of insects that would ordinarily be killed over the winter. 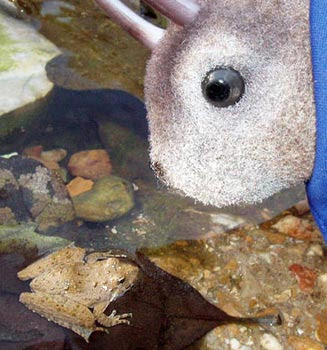 I thought of the Winter frog we encountered last year about this time in Oklahoma, just a few miles from the Kansas border. It was 60 degrees that day. 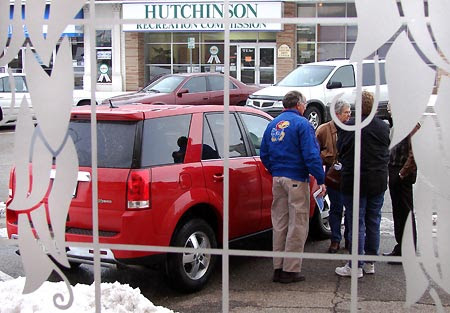 Local auto dealers brought hybrid cars to exhibit; this is a Saturn Vue seen through the stencelled doors of the Fox. Opportunism or genuine concern? I don't suppose it matters. If there's a profit to be made by being green, then it'll happen all the more quickly. There were also a few energy-efficient appliances and such on display in the lobby. And here's a mediocre picture that serves as time capsule. A 2007 car (Toyota Prius) in front of a 1930s theatre showing a film that crystalizes concern about a 21st century issue. In a few years this could either illustrate America's fleeting flirtation with hybrid cars or help typify a turning point in the greening of the country. Sunday I also drove around looking at the snow (deepening my carbon footprint all the way). Here's a typical Hutchinson scene: two grain elevators seen down the old Missouri Pacific (now Watco, I think) tracks. 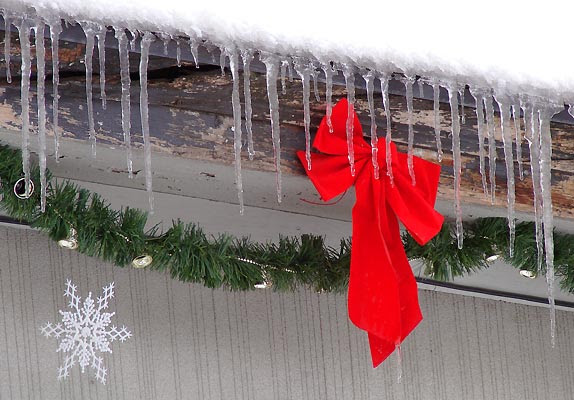 I enjoyed seeing a last gasp of Christmas, displayed in appropriate weather. These decorations are on a house on South Cleveland Street. 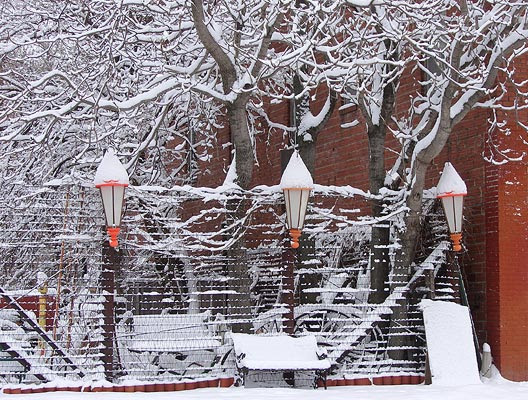 And these large Yule lamps (former municipal decor, I would think) grace the yard beside an antique store on South Main Street. 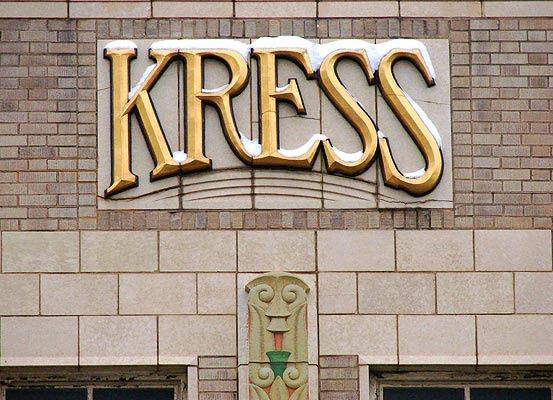 And finally, snow rests atop the letters in the old Kress building downtown. I also shot snow pictures in a cemetery and the zoo, which I'll deal with later.