The Lope: "If I Did It", by Ace Jackalope

"If I Did It", by Ace Jackalope

Last year, a story was reported on this site which implied wrong-doing on the part of my client, Ace Jackalope. I discovered we actually had readers when some of you emailed to express displeasure at such a violent crime. This year, we'd like to set the story straight. There is no proof, really, that Ace would do harm to a turkey. 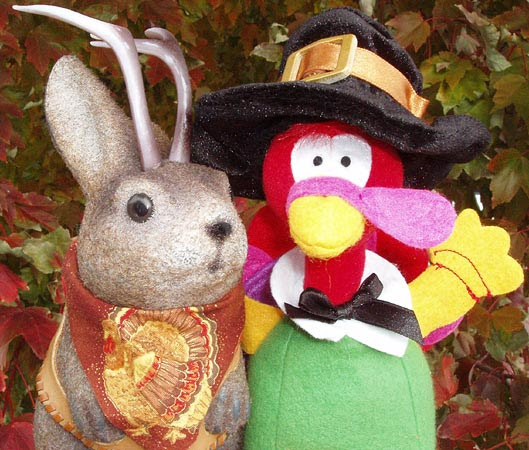 Granted, he was seen in the company of such a fowl beforehand. 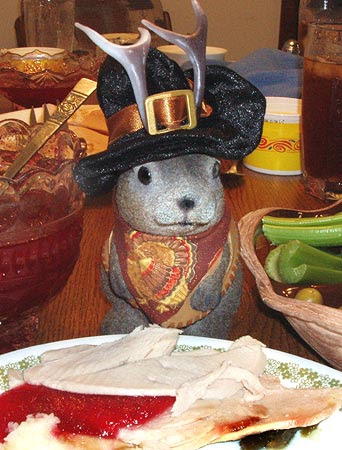 And he was seen wearing a hat similar to what the Turkey possessed after the birds mysterious disappearance...and he was seen in front of a plate full of delicious turkey dinner, but that's all circumstantial evidence. Remember, even if the hat fits, you may still acquit. 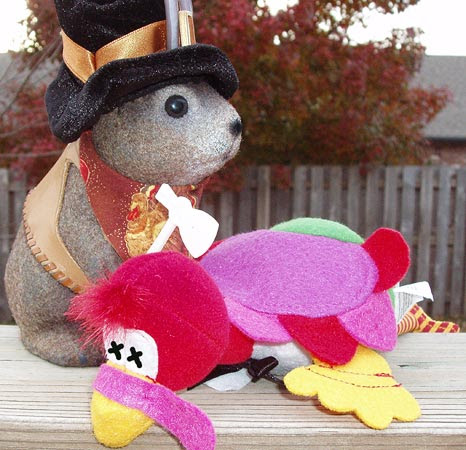 However, if he did do it, this is how, as Ace would like to explain in his upcoming book and TV special: "Ace Jackalope: If I Did It, Here's How It Happened."


UPDATE: Senior management of "The Lope" agrees with the American public that this was an ill-considered project. Publication of "If I Did It", by Ace Jackalope, will not go forward.

posted by Ace Jackalope at 2:04 PM

Cute take off on current events. ;-}