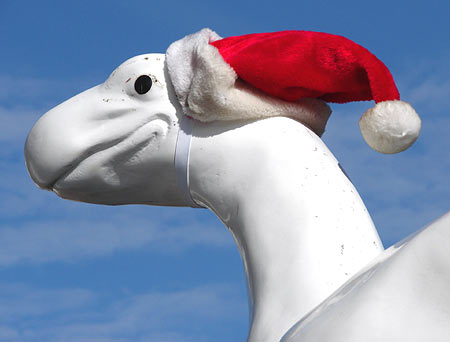 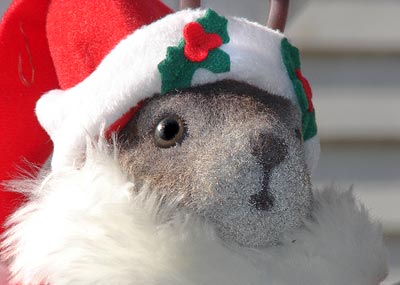 Riding atop a van, the two approach the parade area Saturday morning. 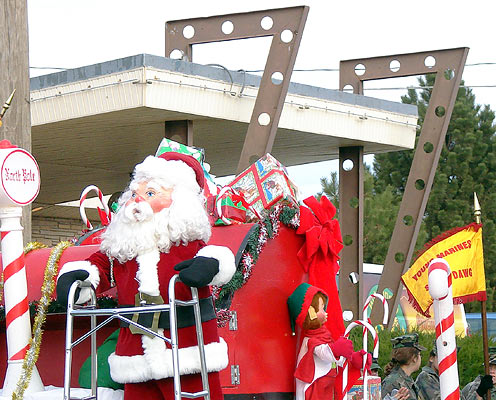 This vintage Santa captained a float which waited for action near the sort-of-googie portico supports for the Anchors Away Mexican Restaurant.

I don't know much about cars, but speaking of "Cars", this one reminds me of the Hudson Hornet in the recent Pixar movie. 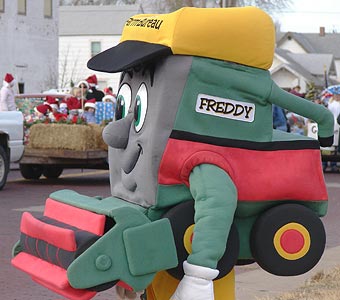 "Mommy, the combine has eyes and it's coming at me!" 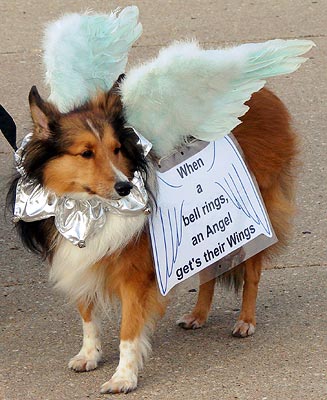 I saw a few "It's a Wonderful Life" references.

Another cool car. Yes, I know the preceeding was not a sentence. 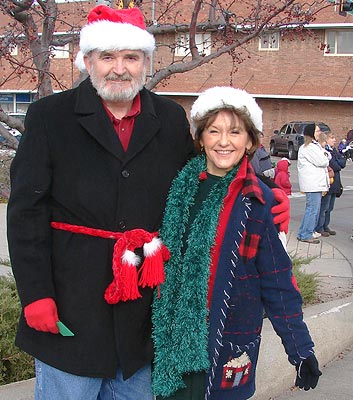 Father Frost and his wife showed up, incognito. 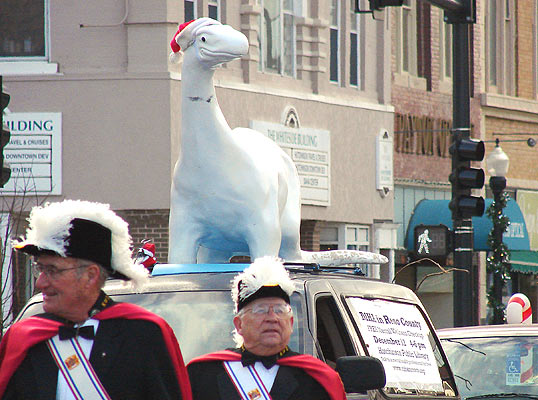 Once the parade started, I was not able to take many more photos as I was busy handing out candy canes. I love the repeated chorus of "what do you say?" spoken by parents to kids after I hand them the red and white striped signature candy of Christmas, and the "thank you"s spoken by very distracted little kids who's radars are already re-set for the next sugary acquisition being flung towards them. I actually got more photos last year.

Hutchinson has a few vintage neon signs, among them is this one for Johnson Music; they always keep it well-maintained. 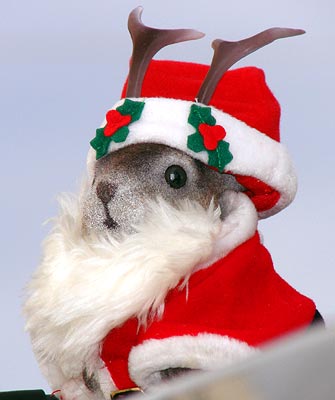 It's going to seem odd thinking about Thanksgiving after doing a Christmas parade. I have a feeling that the scent of turkey will do the trick, though.

Ace should be careful about riding on the top of vechicles. People have been seriously injured doing that. Looks like Ace and Clarence are headed for the Main Street sign, but good thing for Ace that Clarence is much taller than he.