The Lope: Happy Day of the Dead!

Happy Day of the Dead!

Today is one of the traditional Mexican Days of the Dead - Dias De Los Muertos. November 1 and 2 are both celebrated, especially in rural areas of Mexico, as days of remembrance for dead children (Nov 1) and dead adults (Nov2). 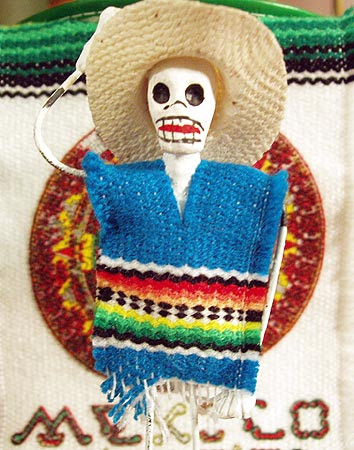 The holiday is Aztec in origin and originally fell at the end of July and beginning of August. In a classic move by the Catholic church, Spanish priests moved the holiday to its present dates in an attempt to morph the occasion into their own All Hallows Eve. As with most attempts at festival conversion, this had mixed results - it took on the trappings of Catholicism; but retained a pagan flavor. 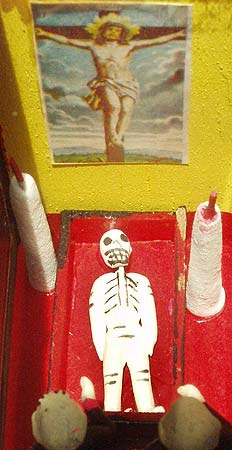 Generally, the holiday consists of a symbolic welcoming of the dead back into the lives of the living. This may be done via the sprucing up of graves, the leaving of gifts (food, beer, candy, etc.) at gravesites and/or the construction of alters to the dead in the homes of the living. 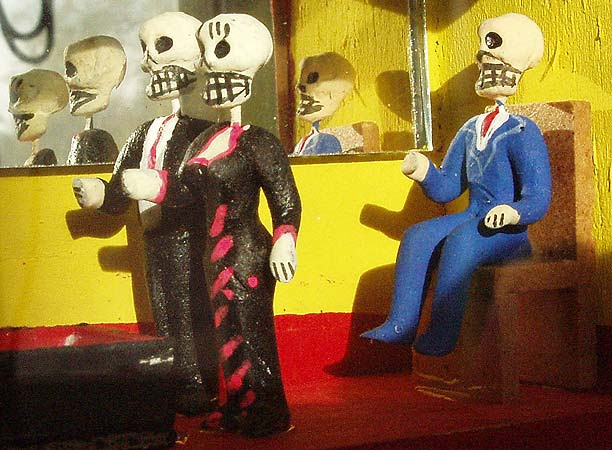 Of course, festivities abound and the creation of candies shaped like skulls and small decorative items showing the dead in their living roles, abound. 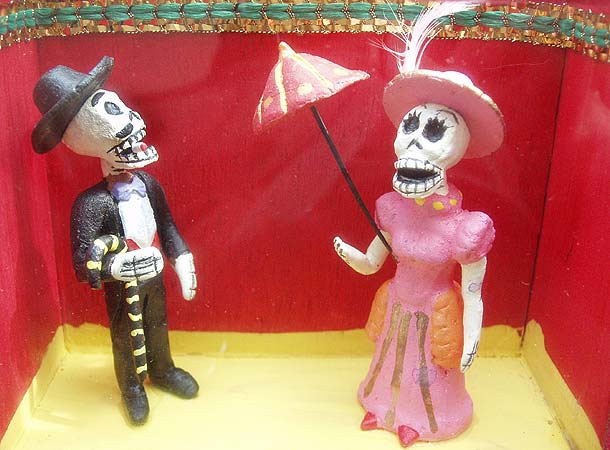 I've heard of the backward-extension of the holiday to Oct 31, a combining of Days of the Dead with Halloween, but I've seen few references to this. My friend Jesse (below) says he wouldn't be surprised and that hispanics tend to find ways to prolong festivals. 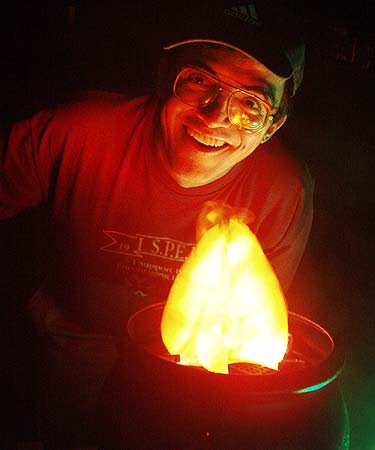 Although traditions should be valued, I like the idea of extending any holiday. But then, I think Christmas lasts till the last clearance item is gone, about mid-January.

In general, Southern Mexico, which is more rural and religious, holds Day of the Dead to be more important than in the more urban North, where a very U.S.-styled Halloween is gaining popularity. I hope the holiday lasts a few more generations and isn't subverted by plastic pumpkins.

posted by Ace Jackalope at 5:11 AM

no pics of ace with the skeletons? lol