This is a combination of three posts from back when this blog was new. They are part of a trip from Joplin, MO, to Needles, CA, with side-trips to Phoenix and Las Vegas.

Morning in Winslow saw us on the grounds of La Posada asking the question: "can you see too many trains?" The answer is: "of course not." This is taken from the Amtrak station next to La Posada. 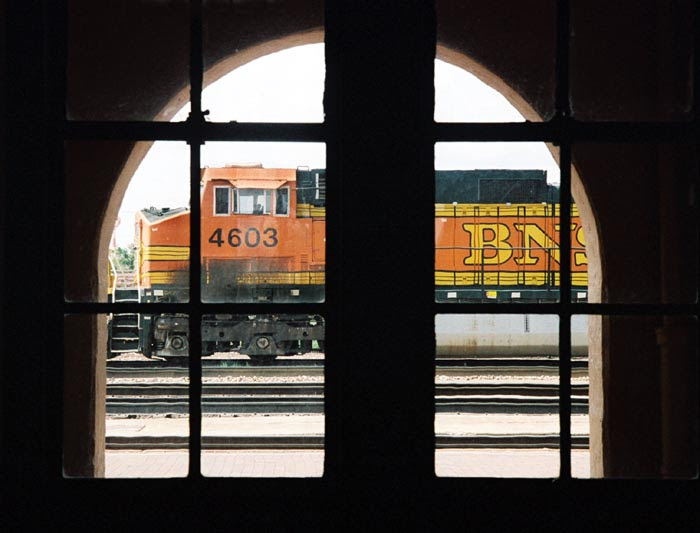 And these are from the grounds of La Posada. 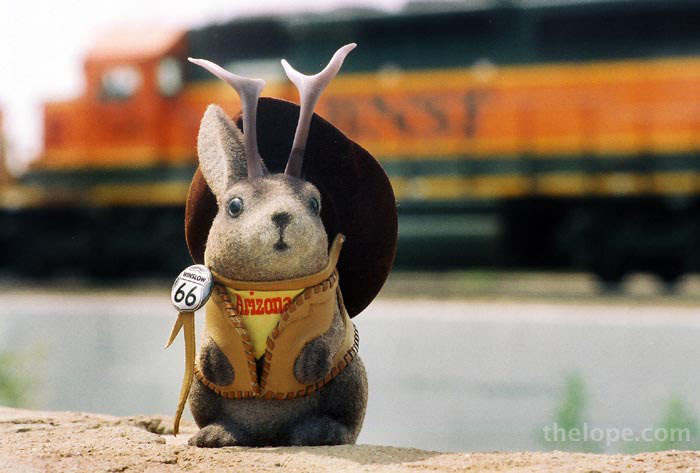 A fiberglass jackrabbit stands guard at the Jackrabbit Trading Post, near Jackrabbit, AZ. 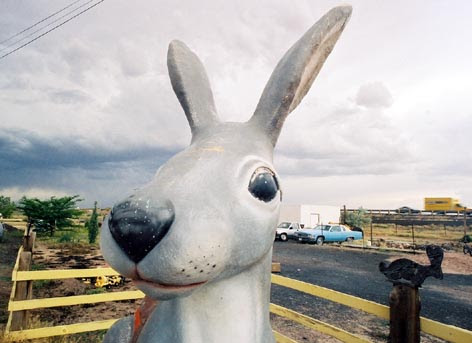 The black, almost sinister jackrabbit logo has haunted roadside signs for decades. Their billboards were more numerous once, and many featured the catch phrase "Here It Is." 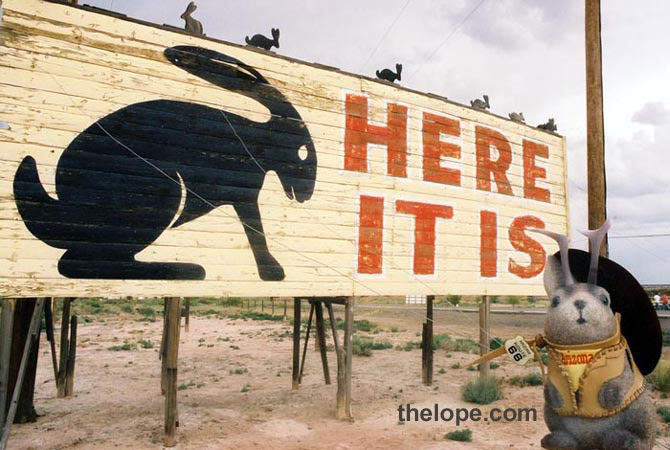 Of course, as with many Route 66 attractions in this part of the country, this one parallels the BNSF tracks.

The building itself has classic Southwest tourist trap decor. 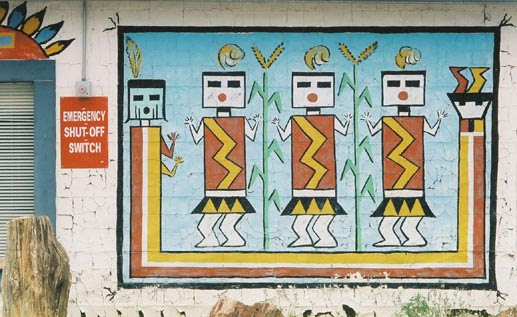 This section of tile on the doorstep is a nice touch. 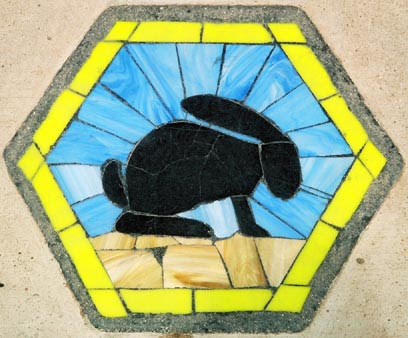 The owner of the Jackrabbit Trading Post keeps the place stocked with a good selection of classic tourist-trap stuff (and I mean that in a good way). I'd say the Jackrabbit is equalled only by the gift shop at the Big Texan as far as classics like "rattlesnake eggs." 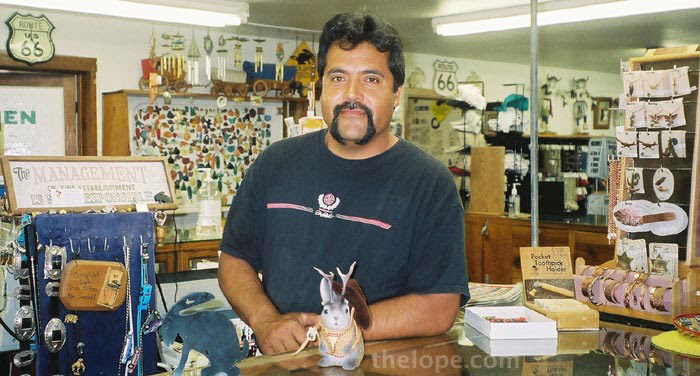 I'm not generally a sports fan, but I do love The Simpsons. Remember the "Dancing Homer" episode in which he was the mascot for the Springfield Isotopes? Remember when the Isotopes threatened to move to Albuquerque? That, and Albuquerque's history concerning atomic bomb manufacture, led to the name of their minor league team. 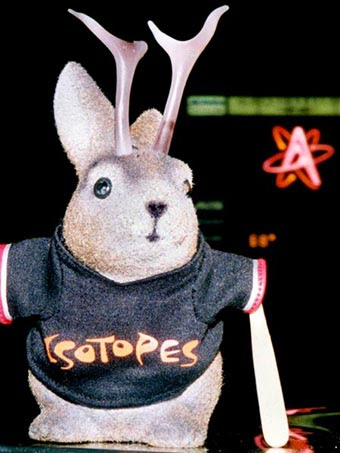 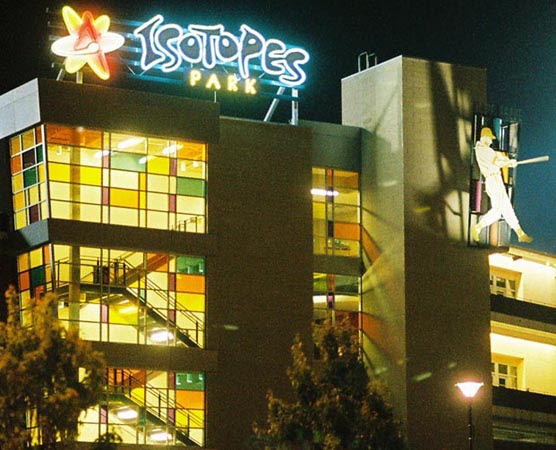 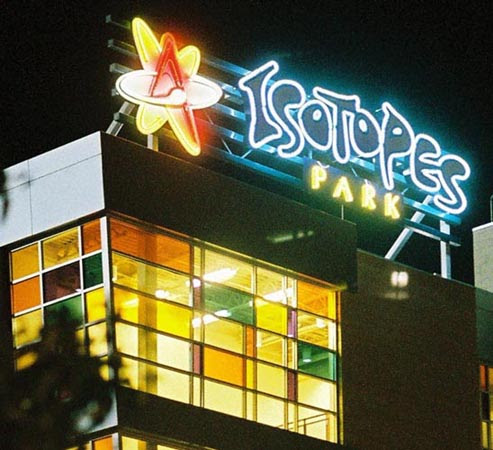 Dinner was had at the 66 Diner on Central Avenue, Route 66 through the city. 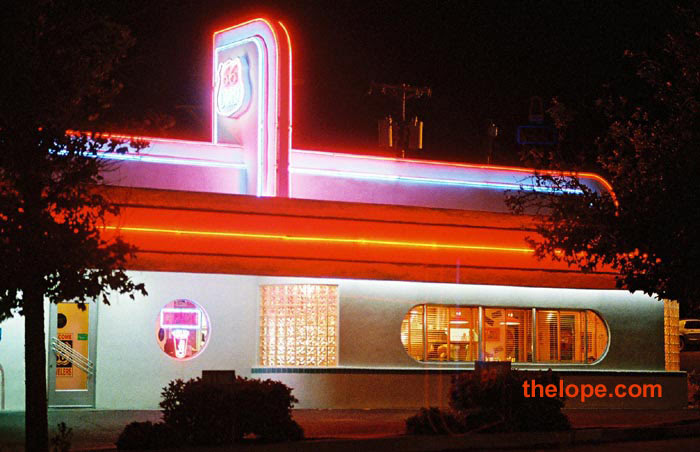 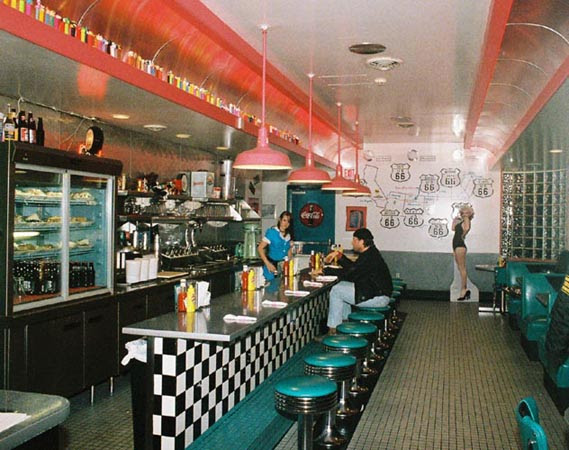 The diner's counter uses the classic Boomerang Formica pattern created in the early 1950s by industrial designer Brooks Stevens, later altered by Raymond Loewy, and first introduced under the name Skylark. Formica has re-introduced it from time to time over the years. 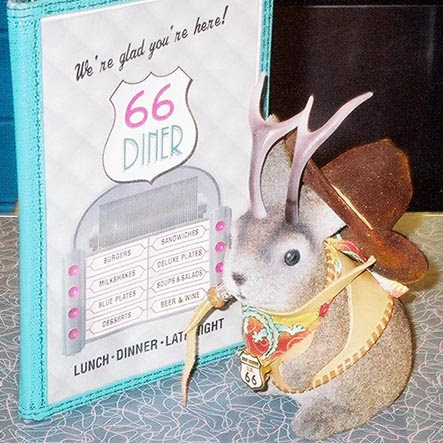 The 66 Diner is not all that old, its more of a retro diner, but the food is good even if the decor occasionally tries a little too hard to fit into the 50's.

I came to Ace Jackalope's site via the Route 66 chat forum. The pictures make me want to travel your way even more!