This a combination of several posts made when this blog was new back in May of 2005. They were parts of a trip from Joplin, MO to Needles, CA with side-trips to Phoenix, AZ and Las Vegas, NV. Ace Jackalope was still learning the art of disguising himself as a human and didn't quite know what to do with shirt sleeves yet, but here are the pictures anyway.

Before leaving Las Vegas, I stopped at the Hilton's Star Trek Experience. It was almost too uber-geeky for me, but I enjoyed it and Ace found some Star Trek bears who served as uniform donors. The decor of the attraction is based on Deep Space Nine. 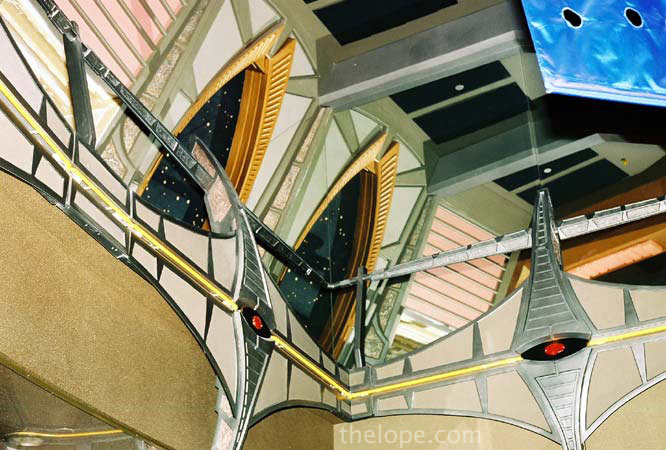 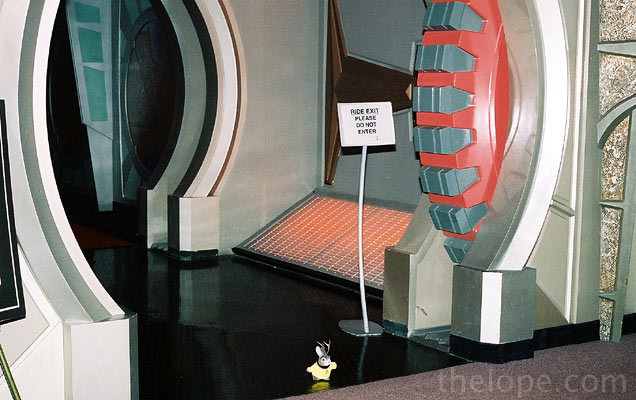 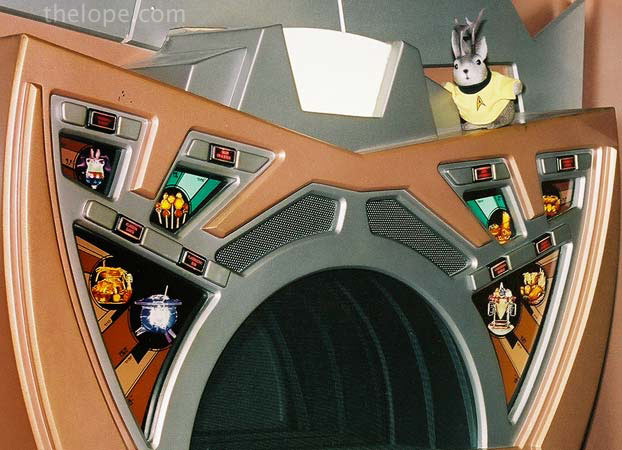 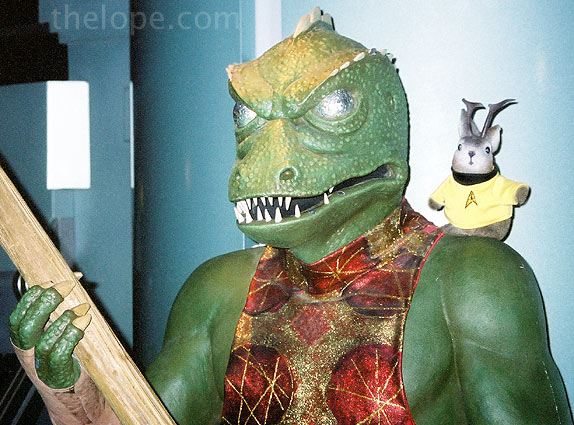 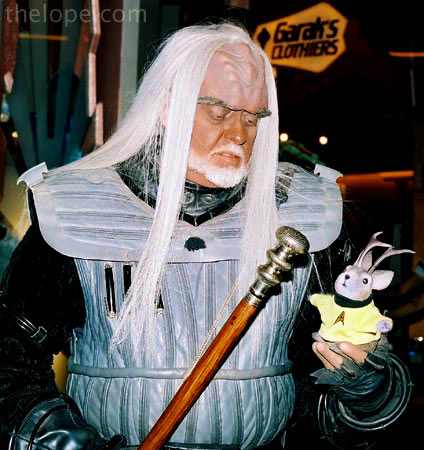 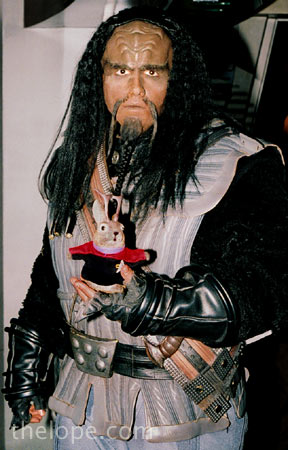 This Ferengi harassed customers in the gift shop to buy more stuff. 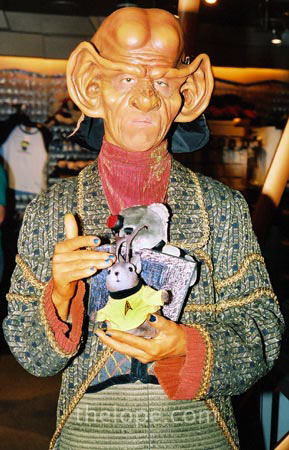 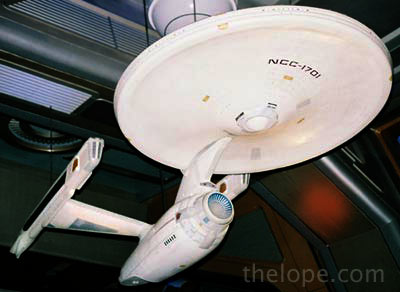 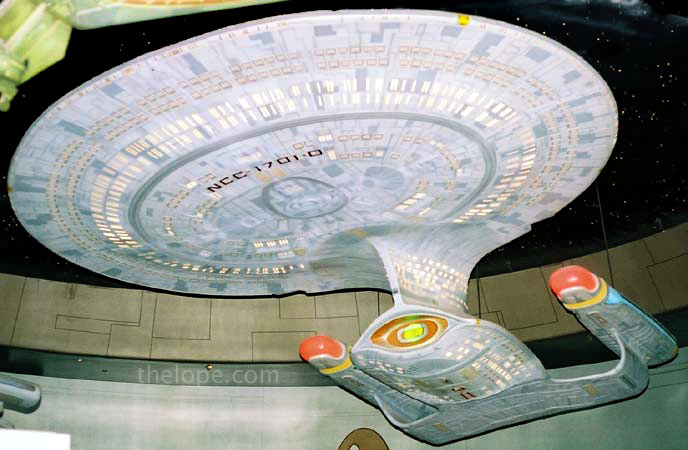 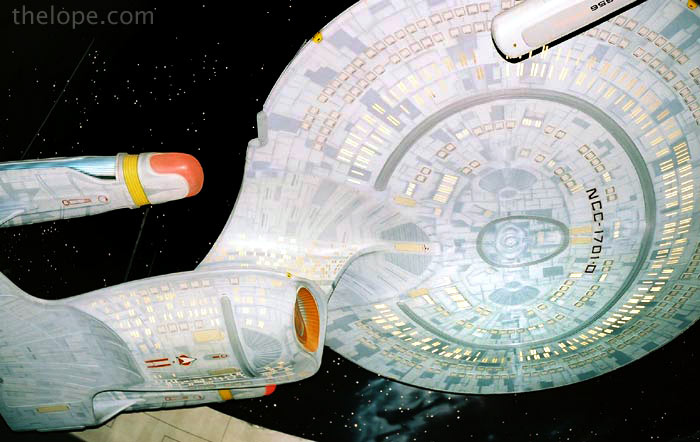 The facility has a museum but the labels do not make clear whether the objects are actual costumes and props, or reproductions. 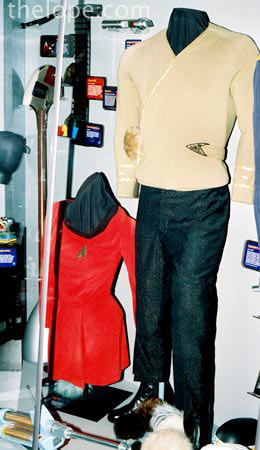 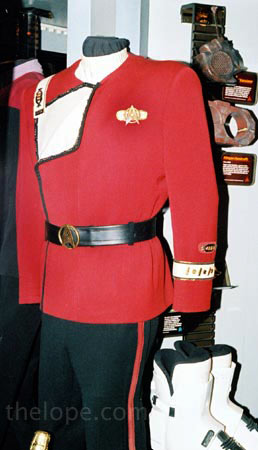 Borg sippie cups glare at Ace from the gift shop 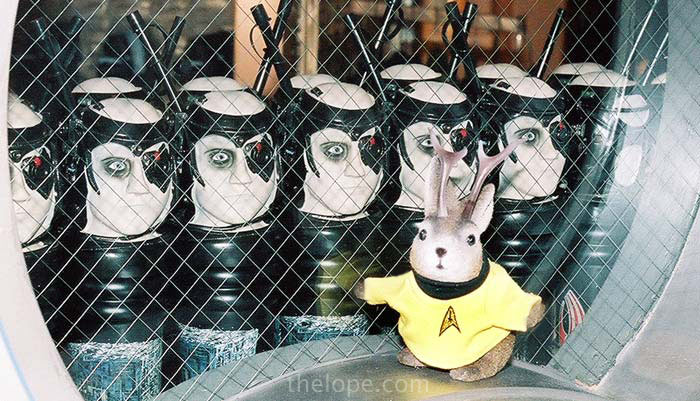 Ace makes a chilling visit to a Borg assimilation chamber. 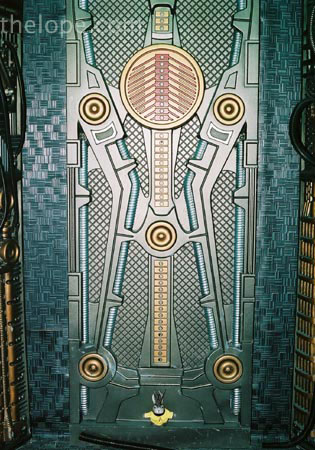 Vegas is sin city, even inside a Star Trek inspired attraction, so of course they sell alcohol. 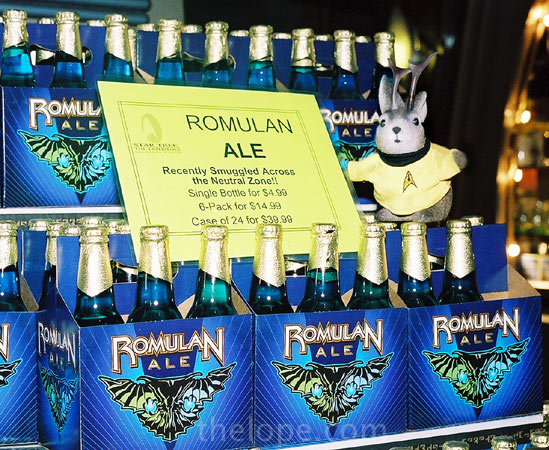 Before leaving, Ace tried his new finery on a dabo girl. 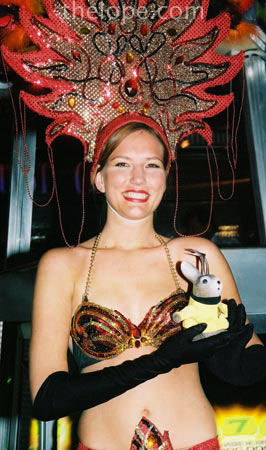 Ace is reminded of the U.S.S. Herrick, the first starship piloted by jackalopes. It was launched...and lost, on stardate 41153.7. Immediately upon leaving space dock, it's first (and last) subspace transmission mentioned going out for some dinner. It never returned, though charge slips for food and souvenirs purchased by the crew still arrive at starfleet command. 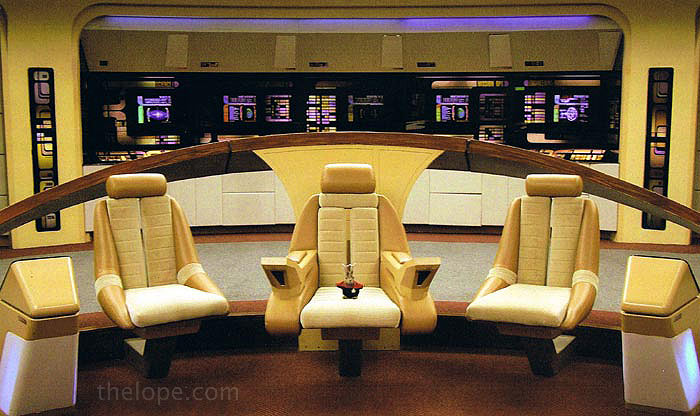 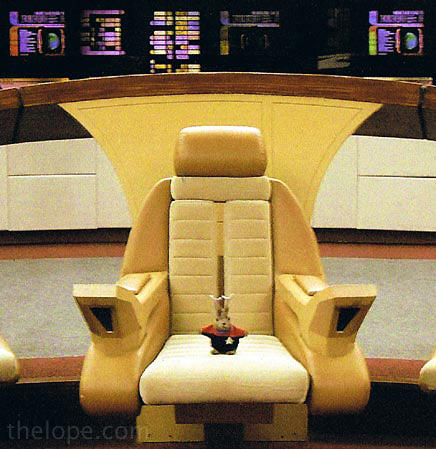 
A happenstance stop in Boulder City, NV, revealed the Nevada State Railroad Museum. This is a fine old switcher. I'll have to find my old copy of The Diesel Spotter's Guide, but I think it was built by the long-defunct Baldwin Locomotive Works.

The museum is restoring this Union Pacific GP30. I've always liked the aesthetics of the GP30 and have a soft spot for them as they were common in my youth. 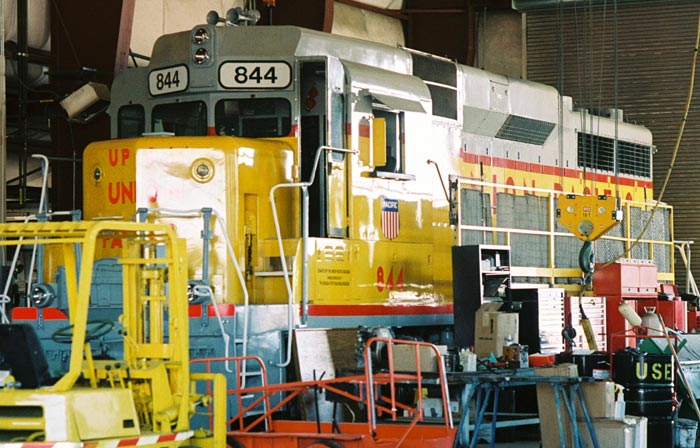 We drove over Hoover Dam but didn't take the time for the $10 tour. 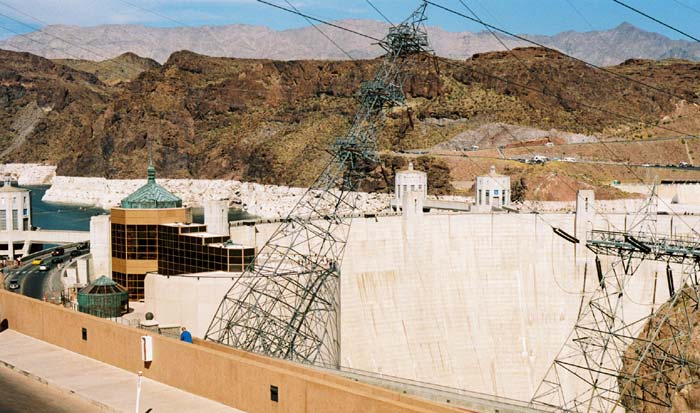 We did walk around a bit on the Nevada side. Can you tell I liked this statue? 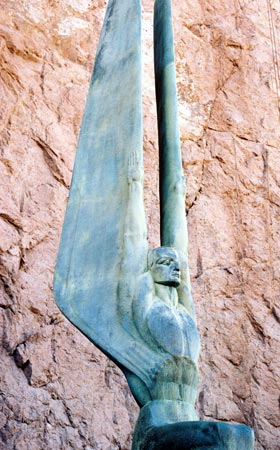 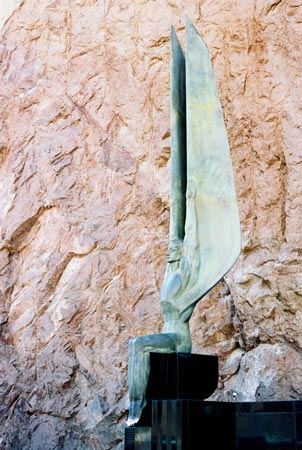 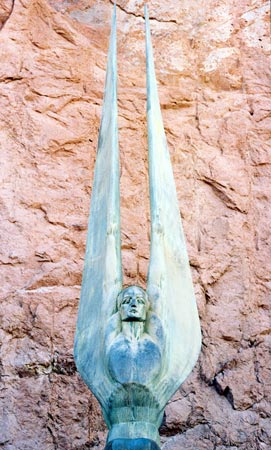 Tiki in the middle of nowhere

After taking 93 from Boulder City, NV to Kingman, AZ, we took an old loop of Rt66 to Seligman, then took 40 to Williams for the night. On the stretch of 66 between Kingman and Seligman, I saw this tiki in the distance at Antares, AZ. I don't know if Antares is actually a town or if its just this place. 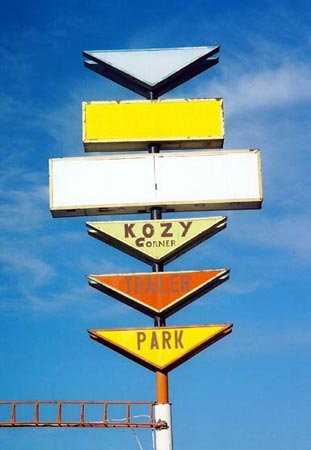 The owner said her son made this of concrete two years ago when they decided on a tiki/space theme for their trailer park. 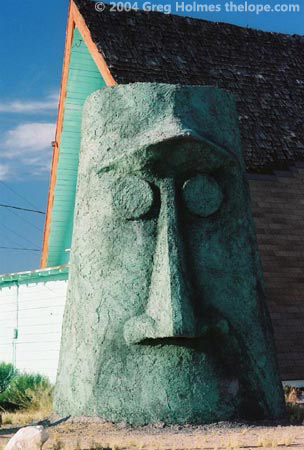 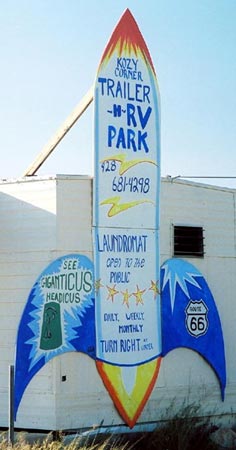 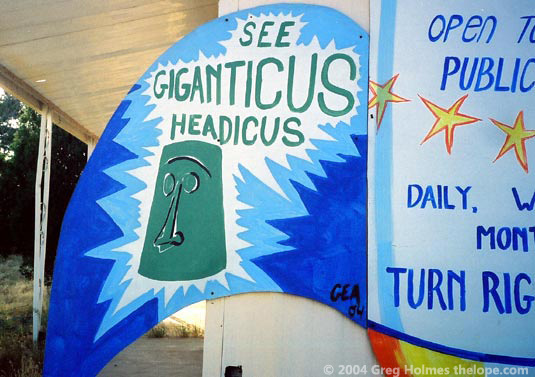 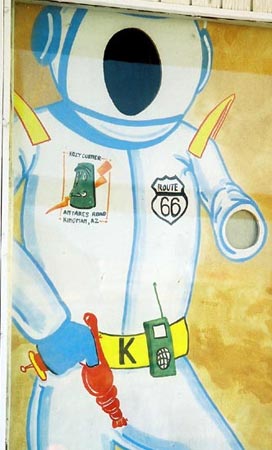