This is a combination of what was previously five posts about a drive from Kingman, AZ to Needles, CA on Route 66 in May of 2005.

After waking up at the dull but adequate Super 8 in Kingman, I drove around looking at older motels. The Arcadia is the first I've seen with naked statues. Why didn't this trend ever catch on? 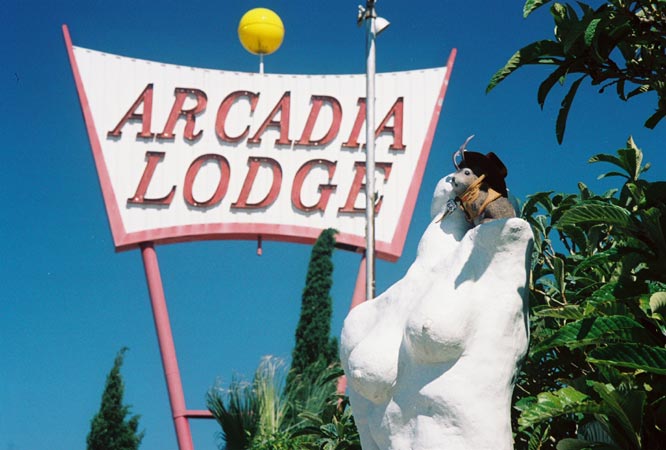 We left Kingman and followed an old loop of Rt66 that runs quite a bit North of interstate 40 before rejoining it at about the Arizona/California border; it is a desolate but beautiful stretch. Cool Spings lies along this mountainous loop.

Ace made a new friend. 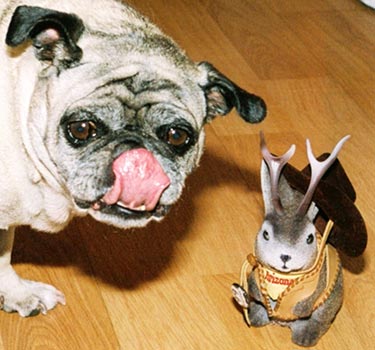 Gold Road is a very small place along Rt66; just East of it is this fine observation point from which the terrain 66 traverses may be seen. There are many hairpin turns along this stretch of the mother road. 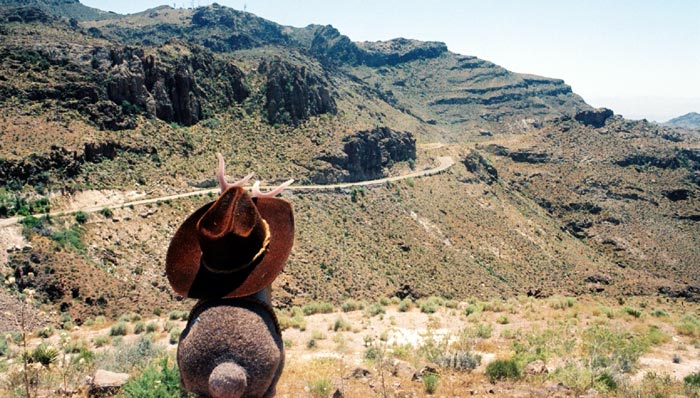 Looking to the North, the craggy peaks seem foreboding. 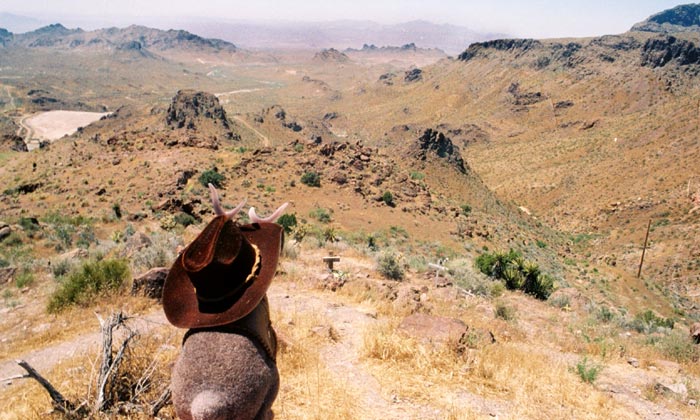 Speaking of hairpin turns, I didn't even need an ultra wide lense to shoot this. It was shot with a 28mm lens; the curve is actually that tight.

West of Cool Springs lies Oatman, an old mountain mining town with many gold-rush buildings intact. The big thing about Oatman, though, is burros...lots of burros. The federally protected animals are decendents of the ones miners used in the 1800's. For fifty cents you can buy a bag of carrots to feed them. Watch it though, they're persistant and won't believe you're out of food; they'll even follow you to your car and try to get in. 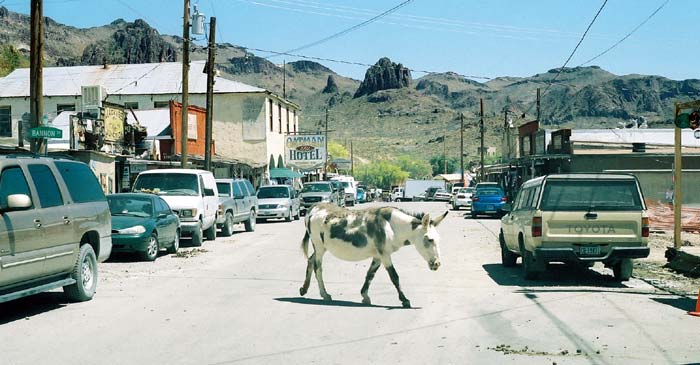 Ace picked up a friend at a gift shop. 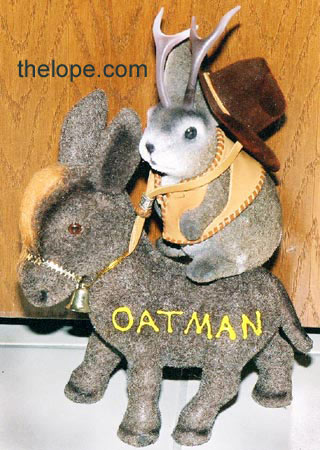 Needles is as far West as we went on this trip before turning North to Las Vegas. Ace wanted to set paw on a spot of California's Rt 66. I've read this wagon used to be part of a sign for the El Rancho Motel in Needles. 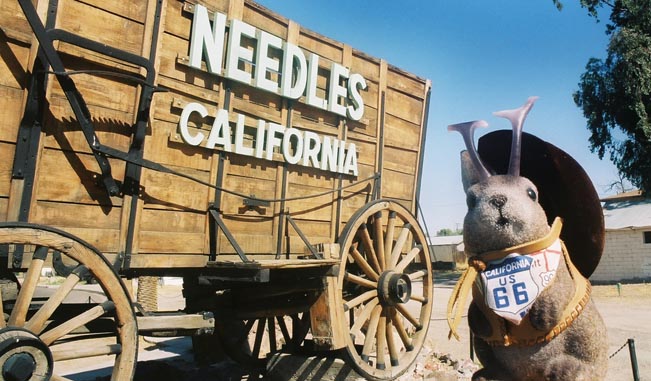 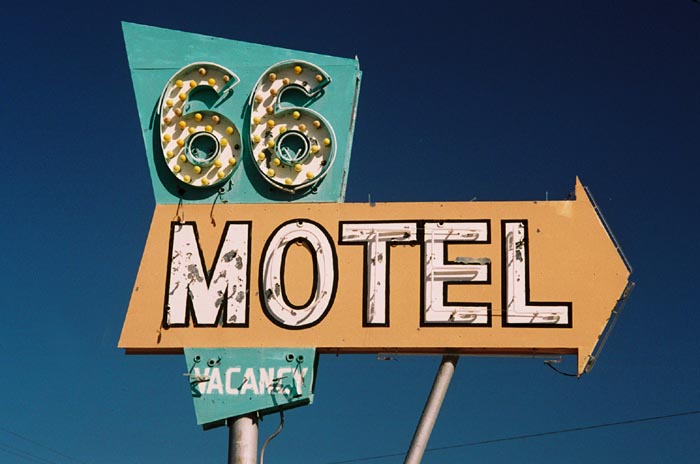 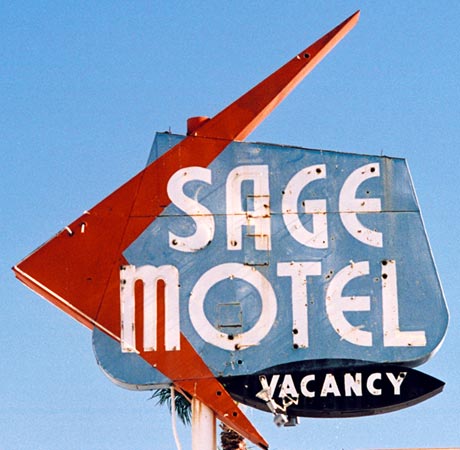